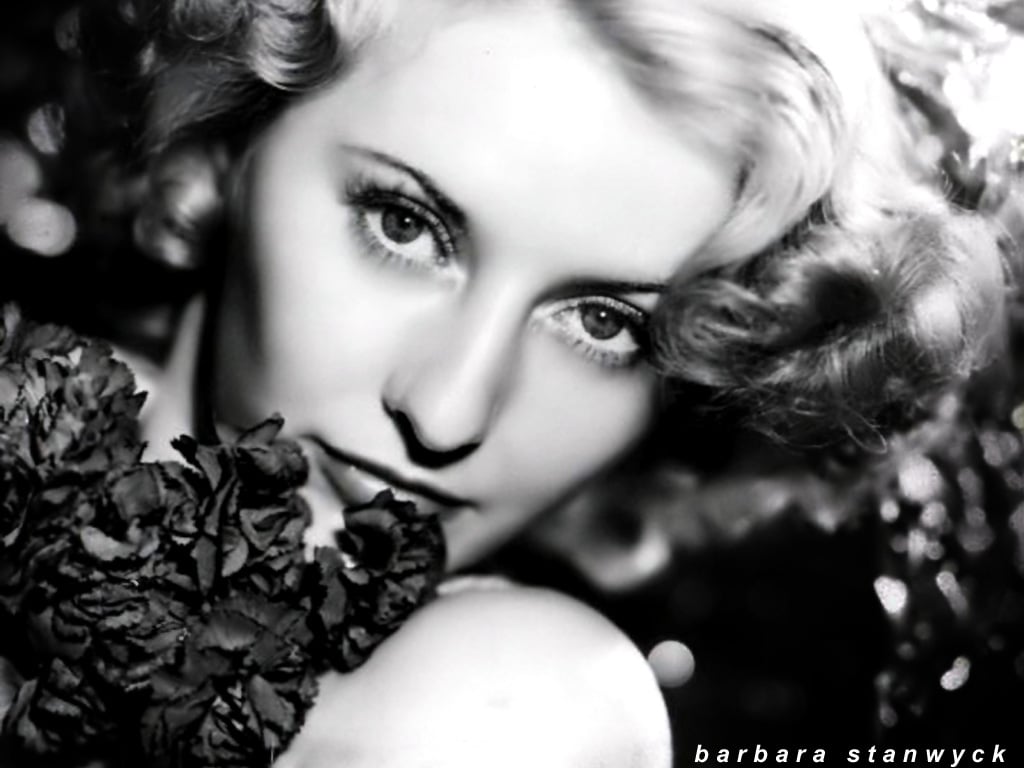 A classy dame.  A dynamite broad.  A tough cookie.  The language is definitely un-PC…and yet, it seems not only proper but singularly apt when talking about Barbara Stanwyck.  It was the language of the day when her star soared off into the ascent, and it would remain so her over the course of a 60-year career on stage, film, and TV, it would be criminal to clean it up for politeness’ sake.  It was the kind of language she unabashedly used herself in her later years, describing herself frankly, bluntly, and with characteristic modesty – as was her wont – as “…a tough old broad from Brooklyn.”

She was four-year-old Ruby Stevens when a drunk pushed her mother off a streetcar killing her, and her father, unable to cope, ran off.  She bounced from one foster home to another, often running away.  At nine, she was on the road with her sister, a showgirl, and by 16, she was a showgirl herself.  By the time she was 19, she’d scored her first dramatic role on stage in The Noose, cast as – with a logic usually rare in show business – a showgirl.  The raves she got for The Noose took her to Hollywood.

Determination and raw talent:  that was what she had, that was all she had.  She was, after all, a school dropout who’d never had any formal performance training.  Early in her career, that posed a problem for her directors. 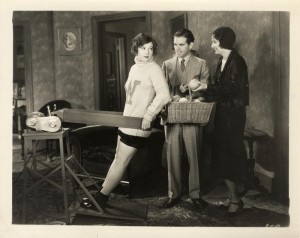 Ladies of Leisure (1930) was only her third film, and she was working under the guiding hand of the great Frank Capra.  Capra found her prone to a rookie mistake:  she always went full out on the first take – even in rehearsal — and could never match it thereafter.  Capra learned not to rehearse her, but talk her through the scene in her dressing room before she hit the set.  Wrote Capra in his autobiography, when it came time to step in front of the cameras, “She remembered every word I said – and never blew a line.”

She may not have been taught how to act, but she knew. The great film critic Pauline Kael once wrote of Stanwyck that she “…seems to have an intuitive understanding of the physical movements that work best on camera,” and said of even her early performances that the actress’s work was marked with a “remarkable modernism.”  Those instincts would earn her four Oscar noms and three Emmys for her mantelpiece.

She had the magic every great actor has:  the ability to make you believe she was what she wasn’t.  She was not a classical beauty by any means, 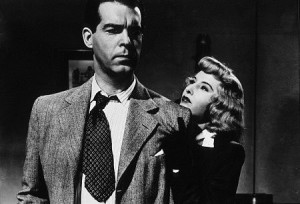 but in one of her iconic roles – the femme fatale of Double Indemnity (1944) – she threw off enough sexual heat to burn a hole in the screen.  Neither was she a particularly curvy gal, yet in another of her memorable parts – goodtime showgirl Sugarpuss O’Shea in the screwball comedy Ball of Fire (1941) – you could believe a room full of encyclopedia-writing eggheads would trip over their tongues to get a little closer to her.

Film crews loved her.  She never forgot it was their work that put a picture on the screen and was famous for her easygoing, ego-less ways on a set.  She knew their names, the names of their wives and kids.  As she grew older, her stature in the business greater, it was a generosity of spirit she extended toward young performers cast opposite her.

The most famous story, of course, concerns William Holden on the 1939 film, Golden Boy. It was Holden’s first role, and at the beginning of the shoot he was coming off so badly director Rouben Mamoulian wanted to fire him.  Stanwyck saw something in the young Holden, and managed to persuade Mamoulian and the producers to keep him on, launching a career as memorable as her own.  Holden would never forget what she’d done for him, sending her flowers every year on the anniversary of the first day of filming, and even thanking her on-stage at the 1978 Oscars.

Watch her in Executive Suite (1954).  She plays the newly-minted widow of a driven furniture company exec, her grief exploding in rage at the man who loved his company more than his wife.  But then, a young, idealistic exec makes a pitch at a board meeting to take the company on a more humane, more dignified course.  Holden – now an established and respected star — played the young exec, and in Stanwyck’s admiring gaze in that scene, it’s hard not to see a more personal pride, a sense of, “This is what I knew you had in you.” 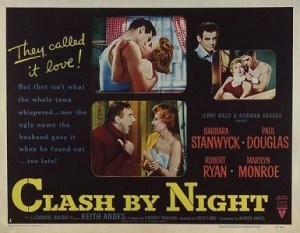 But Holden’s story was hardly singular.  After working with Stanwyck on 1952’s Clash by Night, ever-fragile Marilyn Monroe would say Stanwyck had been the only one of Hollywood’s older generation to treat her kindly, and on the TV series The Big Valley, she became something of a surrogate parent for Linda Evans when the young actress’ mother passed away.

By the 1950s, her big screen career was winding down and she successfully transitioned to the small screen, playing the iron-willed head of a ranch family in the successful Western series, The Big Valley. It introduced her to a whole new generation of fans, which turned out to be something of a mixed blessing.  She made so many notable films – Stella Dallas (1937), Meet John Doe (1941), Ball of Fire, The Lady Eve (1941), Double Indemnity, Christmas in Connecticut (1945), The Strange Love of Martha Ivers (1946), Sorry, Wrong Number (1948), Titanic (1953), among others – it seems something of a shame that she’s probably best remembered by anyone not a very senior senior citizen for a backlot TV Western.

But then Stanwyck’s great strength as an actress was her tremendous versatility.  She wasn’t like a Crawford or a Davis where an image came 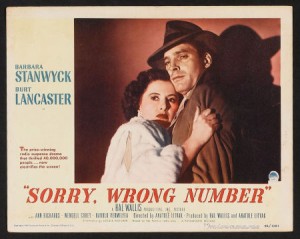 immediately to mind.  It seemed there was nothing she couldn’t play.  She could be the femme fatale of Double Indemnity, the cold, bitter manipulator of The Strange Love of Martha Iver), the pitiable victim of Sorry, Wrong Number, the self-sacrificing mother of Stella Dallas, the free-spirited chorine of Ball of Fire, disappearing completely into each of them.

How she would be remembered didn’t matter to her; by her own request, there was not even a service to mark her passing.  She was a trouper, a tough cookie, and all that mattered was the work.  “‘Career’ is too pompous a word,” she once said, describing her long professional journey through show business, “It was a job and I have always felt privileged to be paid for doing what I love doing.” 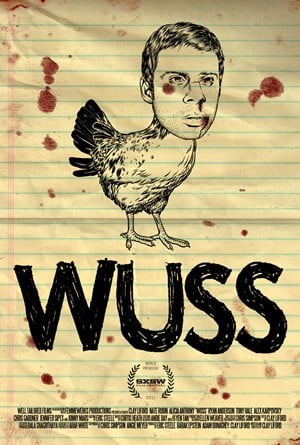