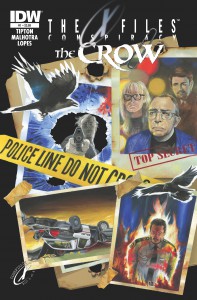 While this issue by no means achieves the level of fun and playfulness a storyline like this needs to thrive, this final chapter, before the narrative winds its way back to the X-Files-proper, is the most successful yet. It helps that it’s the concept of the Crow, a wronged individual brought back to life to avenge the death of a loved one, that is featured in the issue, rather than a specific character, thus sidestepping any winking interactions between the Lone Gunmen and an established character(s). And by crossing over simply the story of the Crow, which is known to the Lone Gunmen as an Inuit legend, the two characters (the Lone Gunmen and the Crow) fit together surprisingly well: squint, and you could see an episode of the X-Files dealing with someone believed dead coming back to life for revenge.

The issue opens with the Lone Gunmen, trying to get the sample of alien DNA they’ve acquired back to Agent Scully, fleeing the government forces that created the alien virus at the heart of this narrative, somewhat sidestepping the cliffhanger ending to the previous issue, which showed those selfsame forces closing in on the Gunmen’s hotel room. The chase draws the attention of two State Patrolmen, Robin and Bernie, both of whom die in the ensuing chase, but not before Robin reveals to Bernie that she’s pregnant with his child. This sets up the resurrected Bernie as the Crow of this story, putting him on a path of vengeance against the shadowy forces currently threatening the Lone Gunmen.

It’s not the most complex story, but Bernie’s desire for revenge is well-rendered in just a few pages and the crossover elements don’t seem as forced as they have in previous chapters. “Death of a pregnant girlfriend” is a pretty easy way to generate quick pathos in a character, almost to the point of cliche and laziness, but in a situation like this, where page space is at a premium, a little narrative shorthand can be forgiven. Meanwhile, though “fun” isn’t exactly the best word to describe a story like this, it at least avoids the awkward non-reaction to fantastical characters and events that dragged down previous chapters, which is a step in the right direction. The art, like the story, isn’t breaking any new ground, but succeeds by choosing representation over photo-realism. The actions scenes are crisp and easy to follow, while the character work is just expressive enough. Sometimes, simple is best.

Certainly, one solid issue of a crossover isn’t enough to redeem an entire storyline filled with awkward interactions, missed opportunities, and a serious lack of fun, but it’s good to see at least one issue come close to realizing the potential of the crossover’s premise. If more chapters had been like this, the whole thing would have been much more successful. 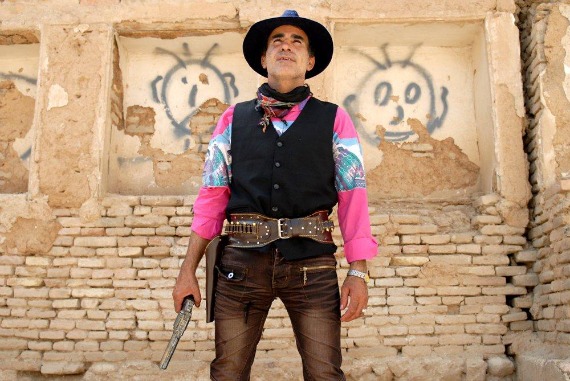 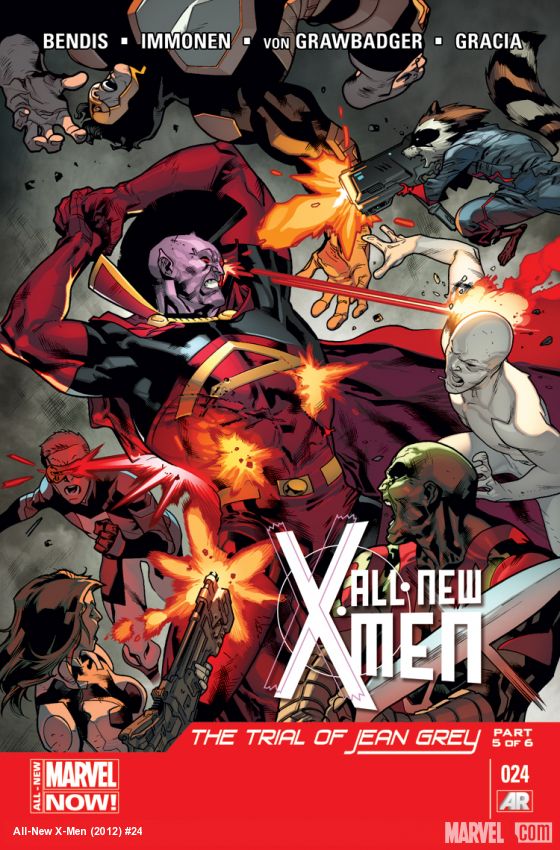