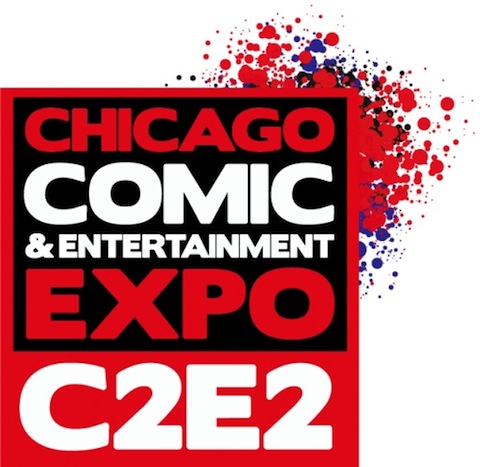 Conventions: the gathering place of all things nerdy and fantasy-based. Whether it’s for comics, video games, horror movies, or just movies in general (we tend to call those film festivals, though), conventions truly do have a similar make with similar fan bases to go along with them. And I say this as someone who’s been around the block a time or two. If it’s a Chicago-area affair, I’ve probably been to it at least once.

It was this past Saturday that I made my first trip to the Chicago Comics & Entertainment Expo (or C2E2), and laid eyes upon one of the busiest and most diversified conventions I’ve ever been to. I, of course, had fun and will be back next year in a heartbeat, but I left the show floor a changed man, with a realization that shook me to my core: there are still those who are inexperienced with this whole convention thing.

So, in order to qualm my personal woes, I have compiled this list of tips to help the clueless masses navigate their first con. Yes, it is formidable, but don’t let that worry you. In no time flat, this will all feel like riding a bike. So lets get those feet on the pedals, shall we?

1. Bring your own food

When you’re at one of these conventions, you bring your cash for one specific reason: spending on pointless items. It certainly comes in handy when you find that bootleg of the 90s Fantastic Four movie, or if you happen across an exact replica of the Glaive from Krull. With serious spending like that, you don’t have time to drop a couple bucks on some overpriced nachos or barely heated pizza.

And not only that, but it’s going to taste better, too. All you have to do is make your nachos at home, put them in a plastic bag, and then ask somebody if you can use a microwave once you get there. Doesn’t that sound easy?

2. Be nice to the booth babes

Guys, they’re there for a reason. To them, this is nothing more than a paycheck, so they probably don’t care if their Emma Frost outfit isn’t perfect. And even though it comes with the territory, they probably don’t want you constantly failing to hit on them, either. So really, when one of them entices you over to their booth, take that opportunity to look at whatever they’re selling and then walk away. Conventions in general already have a nice hint of weirdness to them in general; you don’t need to add to it.

But if, by chance, you do end up in conversation with one, don’t be creepy. Treat them like a person, not a blow-up doll. It might be a little difficult to talk to girls, but once you come to this understanding that they’re human beings, it’s actually quite easy. And who knows, maybe you’ll get that sexy version of Michael Meyers’ phone number out of it.

3. Celebrities don’t care about your projects

I know that’s mean, and you don’t want to believe it. But I’ve been to about a billion panels, and I’ve seen about a billion pleas for help. The truth is, they don’t care about your screenplay, even if its Saw III meets Titanic. There is a time and a place to fight for their attention and eventually get your project made, and a convention isn’t one of them. Do you know how much of that they’re going to get within one day? It won’t stop until they’re back home, prepping themselves for the next convention they have to go to.

Oh, and your chances aren’t better if you’re looking for anything else. An internship, a handout, a sock, it doesn’t matter. The stalker approach doesn’t help any, either. As a matter of fact, it makes things worse. The last thing you want is to get pepper-sprayed by one of Val Kilmer’s bodyguards because you wanted him to be in your Island of Dr. Moreau fan film and kept following him and calling him because I wouldn’t take “no” for an answer.

4. Beware of the nerds

Nerds don’t have social skills. They attend conventions only because their fandom won’t allow them to sit it out. So if you go to one expecting nothing but good manners and an orderly day, you will be so disappointed. Nerds will walk where they want, spontaneously stop in the middle of a crowded floor without a single hesitation, and if you’re standing in between them and a pack of trading cards, they will run you down without a single apology.

As a matter of fact, so much of the dark side of conventions can be tied back to this very blurb. Nerds are undoubtedly a proud class, and they wear their colors (AKA those hats with the cat ears on them) with pride. But nerds have had an indescribable amount of pain inflicted upon them over the years, whether it’s by some jock, or George Lucas. Is it possible that this has impaired their ability to know when they inflict pain upon others? Or maybe they’re just jerks.

If the rude behavior, high prices, or Kevin Smith have got you down, then it’s probably a better bet to just go with it and try to have your own kind of fun. Since geek culture has grown in popularity in recent times, posers sometimes populate conventions, so you could make a running tally of how many you see. For instance, anybody wearing a shirt that says “Bazinga!” could be considered suspicious. Also, anybody cosplaying as the Doctor, because that’s like the easiest one to do and might even be the only geeky character they’re aware of (however, if their costume has a Sonic Screwdriver, they’re probably legit).  Heck, just do a running tally of how many Doctors you see!

Another fun way to past the time could be to start a riot. Instigate a fight between Star Trek fans and Star Wars fans, tell everyone that Cabin in the Woods sucked, have Sean Astin sign a copy of Narnia. Basically do whatever you have to do, and make sure that you’re leaving the convention in the back of a police car. At least then you’ll have a story to remember for years to come that nobody will get tired of.

Because dude, everybody will get tired of hearing about that time you sneezed on Patrick Stewart.