He’s big, he’s blue, and he’s here to shepherd mutantkind to its place as the dominant species. Apocalypse will no longer be confined to comic books and cartoons; he’s coming to the big screen in 2016 to show the live-action X-Men that their dream is doomed to fail.

Audiences were given a brief glimpse into how Oscar Isaac will portray the mutant onscreen, but it’s clear that the actor and the rest of the production team have remained faithful to character’s original incarnation. The villain is hellbent on eradicating humanity so that he can lead a world of mutants with an iron first. If the trailer is any indication, the X-Men will struggle mightily to save themselves, let alone the world, from Apocalypse.

Before becoming a scourge to the X-Men, Apocalypse was named En Sabah Nur (The First One) because he was the first being to show any mutation. He eventually acquires technology left in Egypt by the Celestials and uses it to become nigh invincible, going so far as to tear through civilizations and proclaim himself a god. The villain met Nathaniel Essex and took great interest in the latter’s work on human evolution before granting him powers and the title Mister Sinister. 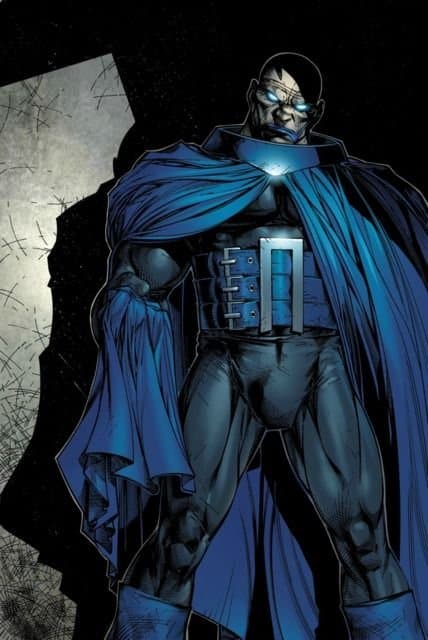 Apocalypse went into hibernation, deciding to wait until there were enough mutants in the world in order to take over the planet and eliminate the weaker species. He awoke in the 1980s, ready to bring about the age of mutants and strike down humanity. During this time, he had his first skirmish with an X-team: X-Factor. Instead of confronting the heroes directly, Apocalypse worked in the shadows for years, crafting a plan and building his resources until he was sufficiently prepared to attack. This included recruiting former X-man Angel and turning him into Archangel, the horseman of death.

This was the first in a long line of heroes who fell under Apocalypse’s sway. Through manipulation and foolish pride, many of Marvel’s mightiest champions have served as Horsemen. Hulk was War; Wolverine and Gambit were Death; Sunfire was Famine; and Caliban has been both Death and Pestilence.

The rotating roster shows Apocalypse’s fiercest power: control. With molecular manipulation, telepathy, and unparalleled technology, Apocalypse can force anyone to do his bidding. However, his greatest weapon is that he always convinces recruits that (at least initially) that they want to work for him. For instance, Apocalypse gave the wingless Angel new wings and a chance to fly again so that he’d submit to his new master’s plans.

That’s not to say that Apocalypse merely hides in the shadows while his horsemen do all his dirty work. His molecular manipulation allows him to grow in size and change his form to create destructive weaponry. He’s gone toe to toe with nearly every incarnation of the X-Men since the late 1980s and usually walks away more often than not, or at least can still revive himself in a new form.

The cinematic X-Men have been lucky so far; they’ve mostly dealt with low-level threats like William Stryker. Bolivar Trask’s sentinels or Magneto’s machinations are trivial compared to anything Apocalypse can do.

And there’s a good chance that his X-Men won’t be able to stop the coming Apocalypse.