An Oscar-winning actress is an exceptional artist no matter what shade, race or ethnicity she represents. For the sake of this written piece we will concentrate on those actresses of color whose achievement in cinema (and ultimate success of capturing the golden statuette) has made them revered commodities in the motion picture industry.

For some of these minority Oscar-winning actresses being spotlighted they have either excelled at their craft early in their careers or may have enjoyed limited success in the aftermath of their glory. Whatever the case it remains certain that these feminine recipients of Academy Award distinction left a legacy on the big screen in a capacity that cannot be taken away or dismissed.

The You’re in the Minority: Top 10 Oscar-Winning Actresses of Color are (in alphabetical order according to film titles):

Mercedes Ruehl (sporting partial Cuban heritage) has had a long and distinguished career in movies, television and stage. She is gifted in playing diverse roles that are dramatic and comedic (witness her turn as a scorned philandering mobster’s wife in “Married to the Mob” for instance).

Ruehl was finally given her due in scoring an Oscar win as Anne Napolitano, the brassy Brooklyn-born girlfriend of former cynical and suicidal talk radio show host Jack Lucas (Jeff Bridges). Anne invests her emotions and energies on her tormented lover in hopes of shaping him up and reforming the ex-professional hot shot radio gabber but fails to realize her own frustrations at the expense of blind affection for Jack and his equally wounded sidekick in homeless Parry (Robin Williams). Ruehl seems to convey ballsy strength, relatable vulnerability and an unassuming sexiness in her series of on-screen roles and The Fisher King’s Anne Napolitano exemplifies this example.

Many thought that Whoopi Goldberg’s stirring debut performance as the meek and abused Celie Johnson in Steven Spielberg’s 1985 film adaptation of Alice Walker’s Pulitzer Prize-winning novel The Color Purple should have landed her the Oscar for best actress that year (the golden statuette went to Geraldine Page for “A Trip to Bountiful” instead).

One can argue the degrading and painful stereotypical portrayal of “the happy-go-lucky” black servant that seemed so commonplace for African-American performers in the golden age of Hollywood in the 1920’s through the 1950’s. Hattie McDaniel and Butterfly McQueen routinely typified the negative cinematic backlash of such embarrassing and historical heartaches in America’s ugly racial past.

Still Hattie McDaniel, an enterprising and articulate woman away from the cameras, is a ground-breaking actress that became the first African-American to win an Academy Award as Scarlett O’Hara’s loyal servant and confidante Mammy in the classic Civil War epic Gone With the Wind. Mammy was the supportive head of household at Tara Mansion and was sensible and caring to the spoiled diva Scarlett. McDaniel’s Oscar speech was humbling, sincere, focused and gratifying which indicated how well-versed and intelligent a black woman she was even though Hollywood would not allow her to demonstrate her true self and proud blackness. When one wins an Oscar and is asked to stay in the kitchen during the ceremony and not mingle among her movie industry colleagues then one can see the indignities that Ms. McDaniel suffered as a woman of color in those restrictive and intolerant times of yesteryear.

Octavia Spencer’s Minnie Jackson is the invention of Kathryn Stockett’s 2009 novel and writer-director Tate Taylor’s 2011 film entitled The Help. Spencer secured her Oscar win as housekeeper Minnie Jackson during the turbulent times of the 1960’s. She and her other co-workers/colleagues are the subject of a planned publication by an aspiring writer determined to capture the opinions of these black maids and what they feel and think about the white families they service on a daily basis.

Spencer played Minnie with the confidence and conviction of a black working woman in the tough times and hardships that her people are enduring within the civil rights movement in cynical America. Eugenia “Skeeter” Phelan (Emma Stone) is the young white budding novelist that cozies up to buddies Minnie and Aibileen Clark (Viola Davis) and is affected by the overt and subtle racism that these women are subjected to as “the help” in the homes of their indifferent employers.

Minnie’s wide-eyed optimism and embedded sadness and disillusionment pretty much encapsulates a weary woman that is a product of her time–a woman whose dignity is as large as her heart even though bending over for backwards for her judgmental white employers is sometimes a struggle and a strain.

Won the Academy Award for Best Actress in a Motion Picture

Halle Berry made history in her own manner when winning her Oscar as a distraught Southern black wife and mother whose constant inner turmoil anchored by familial tragedies leads her into the arms of a racist prison guard named Hank Grotowski (Billy Bob Thornton) who was responsible for executing her husband. Anyhow, Berry winning her golden statuette marked the very first time an African-American actress won an Oscar in the lead acting category instead of a supporting one (women such as the late Dorothy Dandridge, Cicely Tyson, Diana Ross, Diahann Carroll and Whoopi Goldberg have come close but did not seal the deal).

Monster’s Ball finds low-waged waitress Leticia Musgrove throwing up her hands up in agonizing despair as she endures the recent jailhouse Death Row execution of her husband not to mention the loss of her morbidly obese young son. Leticia’s interracial relationship with the ignorant Hank (who obviously cannot help his attraction for a black woman he was taught is subhuman) goes through its lusty and poignant ups and downs. With Leticia’s sense of desperation and emptiness and Hank’s exposure to his toxic prejudiced father Buck (Peter Boyle) and resentful son Sonny (Heath Ledger) both embark on a forbidden sexual union that strangely liberates then out of their personalized miseries. Berry’s raw and gut-wrenching grief set the stage for her history-making Oscar win. Berry can make several hideous Catwoman remakes but it cannot take away her Monster’s Ball achievement of an Oscar-winning woman of color.

Comedienne and former TV sitcom The Parkers star Mo’ Nique is probably the unlikeliest of anyone who someone would think was capable of securing an Academy Award for her big screen work. After all Mo’ Nique has participated in some memorable duds such as Soul Plane and Domino. But  Mo’ Nique silenced her doubters when she deservedly won the Oscar playing the despicable Mary Lee Johnston, an abusive chain-smoking and welfare-scamming Halem mother whose constant neglect of her grossly overweight and emotionally/psychologically battered pregnant teen daughter Precious (Gabourey Sidibe) was intensely overwhelming.

Clearly, Mary is not going to be confused with being the Donna Reed of all mothers anytime soon. She is mean-spirited, lazy, self-absorbed and detached. But Mary is as victimized as her daughter Precious in that she is harboring a sense of major hurting, low self-esteem and self-defeating disillusionment. Mary is messed up as a motherly monster but one has to wonder how she became such a wounded woman in life? Perhaps Mary is a product of generational cruelty in a familial cycle of cynicism and despair? Precious probably echoes the same saddened cycle that Mary has experienced in her own troubled childhood that extended into her own wayward adulthood. Mo’ Nique’s harsh and horrendous portrayal of Mary Lee Johnston was explosive and menacing thus making her a rightful owner of that revered golden trinket known as the Oscar.

Umeki’s Katsumi and Buttons’s Joe are devoted in love and loyalty to one another despite the heavy-handed societal prejudices and blistering biases that interfere with their marital affection. Sadly, Katsumi and Joe are unable to be together the way they want to be under such scrutiny and come up with a fatal decision to continue each other’s happiness without enduring further pressure from the military or racist commentators–they commit a double suicide and take along their unborn child with them. As a family the Kellys can finally rest in peace and silence the cruel criticisms of their cultural-crossing loving. Umeki made motion picture history by becoming the first Asian to win an Academy Award in a supporting role.

Patsey was a young and articulate woman shackled and destined for a tormented existence into the inhumane institution of slavery in the South. The ounce of sanity and security in Patsey’s hard life is her occasional friendship and reassurance with fellow enslaved upper New York-based individual Solomon (Chiwetel Ejiofor) who was sideswiped into the slave trade through shady circumstances on a visit to Washington D.C. as a free black man and musician.

Patsey suffered the constant rape and humiliation from the deranged Edwin Epps while being the harassed target for intense jealousy from his prim and proper icy wife (Sarah Paulson), a judgmental battle ax with a shady past as a brothel dweller. Nyong’o brought a sense of humanity, determination, heartache and hope in the whipped skin of this beautiful soul trapped in nightmarish servitude.

Won for Best Supporting Actress in a Motion Picture

The unpredictability of Maria Elena is highly charged and although she is supposed to represent the past affections of Juan Antonio he cannot quite get her out of his psyche despite his juggling of curvaceous cuties Vicky and Cristina that he pursues with passion. Cruz is as every bit exotic and alluring as the Barcelona backdrop she blesses with her exotic charm and instilled imbalance.

Won for Best Supporting Actress in a Motion Picture

Puerto Rican singer-actress Rita Moreno has the distinction as being the only Hispanic (as well as less than a handful of performers) to win all four major awards in show business (the Oscar, the Emmy, the Grammy and the Tony). Well, Moreno certainly hit her theatrical stride in the early 60’s when she won an Academy Award for her festive performance as Anita in Robert Wise’s and Jerome Robbins’s film adaptation of the musical film West Side Story.

West Side Story was originally a renowned Broadway play (with Chita Rivera doing the Anita role on stage) but Moreno’s vibrant, sexy, animated and emotional interpretation was enough to earn the artist the coveted Oscar for her soaring and sensual stretch as the passionate Anita.  Some may have had issues with the stereotypical content that was expressed in West Side Story regarding New York gang activity between the white Jets and the Puerto Rican Sharks and hints of confrontational rumbles for control of the divided neighborhood. Still, Moreno’s distinctive part in this spry production put her in the Oscar history books making her a gifted performing artist with considerable prestige in all kinds of mediums. 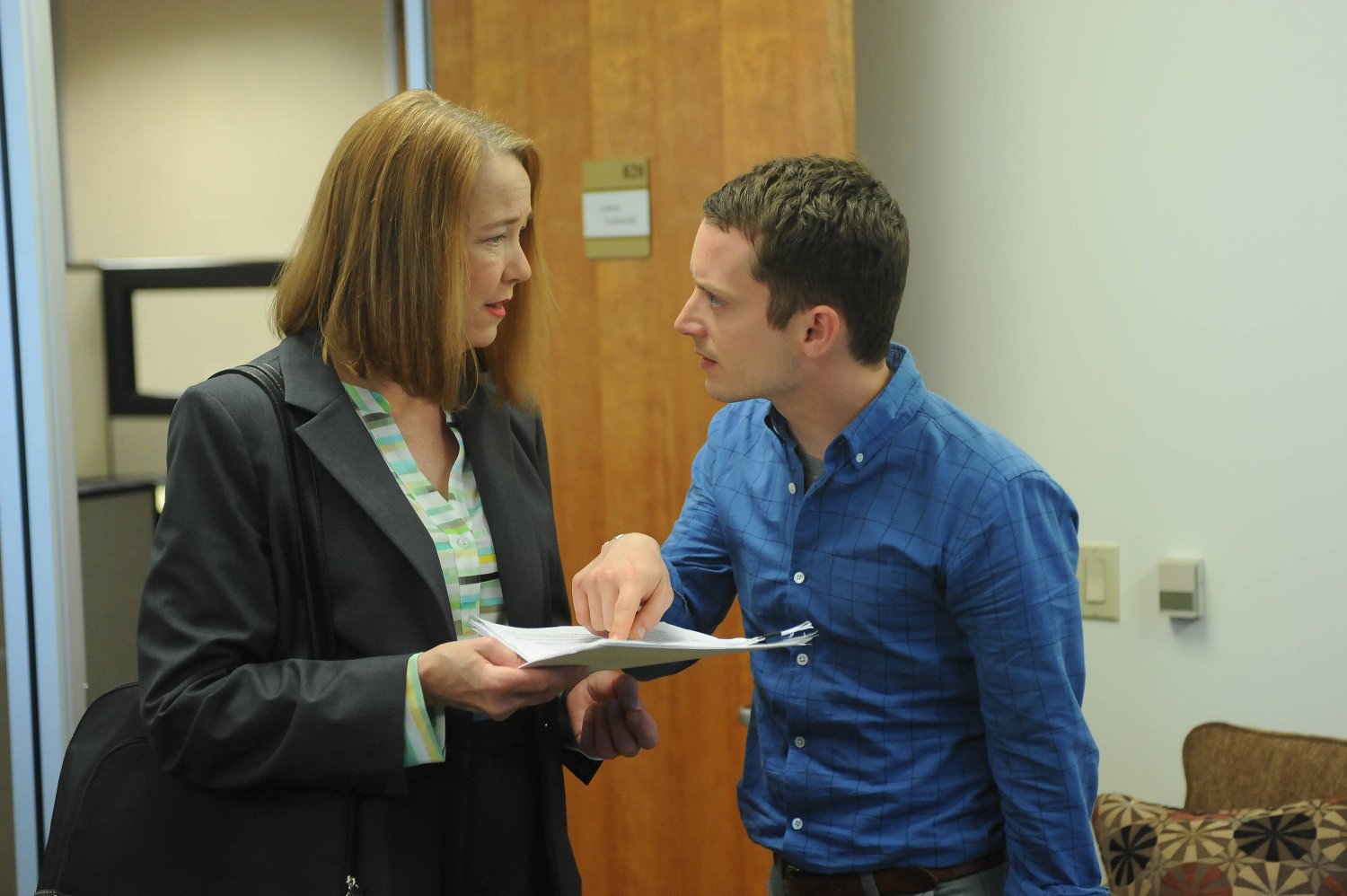 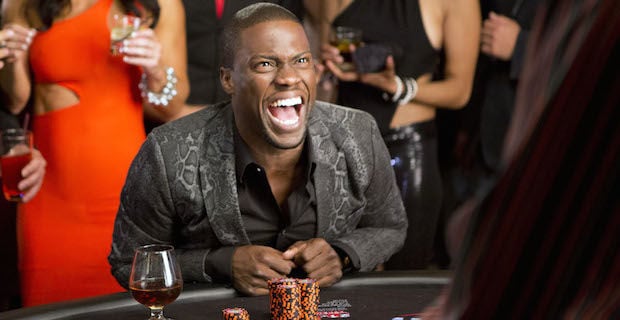