If you follow my reviews at all on PopOptiq, you know I’m deliriously addicted to Bitch Planet and Paper Girls, and certainly I am awash in anticipation of where those stories will go in 2016. But I sort-of expect more of the same from them. In contrast, when the new arc of Jem and the Holograms kicks up on January 27, it promises a delicious new tone.

The biggest reason I’m hyped for the new arc is the return of artist Sophie Campbell. She defined Jem and the Holograms with the character designs introduced in the first arc, “Showtime”. She nailed down the body types, facial expressions, and fashion sense of the characters. Her choices led to a body diversity rarely seen anywhere, much less comics. Women who lacked or plentifully possessed curves were equally glamorous and gorgeous. Their facial expressions could be emotionally evocative or amusingly silly, each in turn fitting perfectly in the tone of the scene. Campbell’s character fashions were true to the original cartoon’s flavor while showing the creative talent of a professional designer. 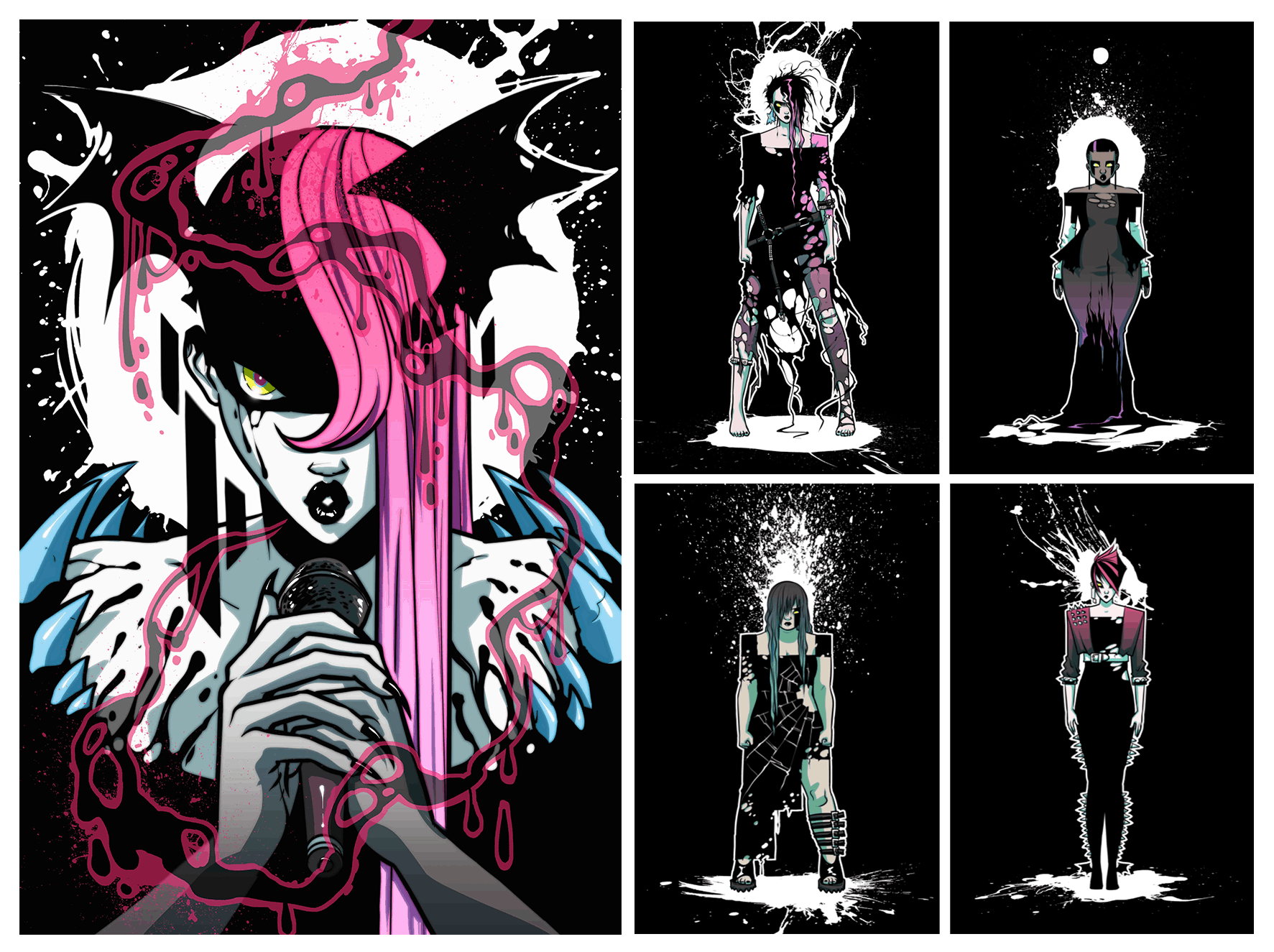 In truth, while enjoyed the Viral arc, I missed Campbell’s art in every issue. The preview images from the Dark Jem arc released in October only amplified that. The cover designs for the “dark” versions of the band members are deliciously gothic. The normal pastel palette has been replaced by a largely black and white one with subdued pastel highlights. The characters are harder-edged with tattered detail work on their clothing. 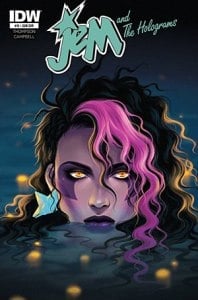 The story possibilities are likewise enticing. Issue #9 suggested that Synergy was infected by a virus (the double meaning to the arc’s title: “Viral”). The corrupted AI, or perhaps dark foil (like Ultron?), created from this infection is called Silica. The issues of Viral made clear that Jerrica and sisters have no idea the power that Synergy possesses. Nor do they have any idea how to troubleshoot her should she become buggy. Certainly this will be the major issue–they will have to come to terms with the responsibility of possessing an AI and what kind of havoc she can wreak.

But in addition, the covers suggest that Jerrica, Kimber, Aja, and Shana will become their dark selves, their shadow selves. The gothic design and ripped, broken, and torn elements of the clothing, the vacant eyes, the monster-like posture, all point to a forced embrace of their hatred and fear. The subscription cover for #12 by Jen Bartel shows a “rebirth” of Jem. She’s coming out of water, suggesting a major character change. What this means for their tour-mates, the Misfits, is anyone’s guess. How will Stormer react when her love Kimber is suddenly cruel? Will they out meanie the meanies? 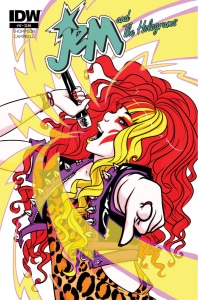 That’s just plot A, though. Plot B involves an injured Pizzazz, unable to sing due to her car accident-damaged voice box. She’s vulnerable, ultra sensitive. Her leadership is threatened since she can’t sing, and there’s room for her to be usurped. Enter Blaze, whom we’ve thus far seen only a little of as the conscience of Clash. I am excited to see Blaze get page-time, stepping in for Pizzazz. With the double threats of Blaze and Dark Jem, Pizzazz will need allies. Luckily, during the Holiday Special, all of the Misfits showed they could be kinder people when shown some true kindness. Perhaps that newly shown goodness will be required to combat Silica’s dark Holograms. Will the two bands reverse roles?

The options are many, but all strike me as delicious. Thank goodness issue #11 hits shelves next week!