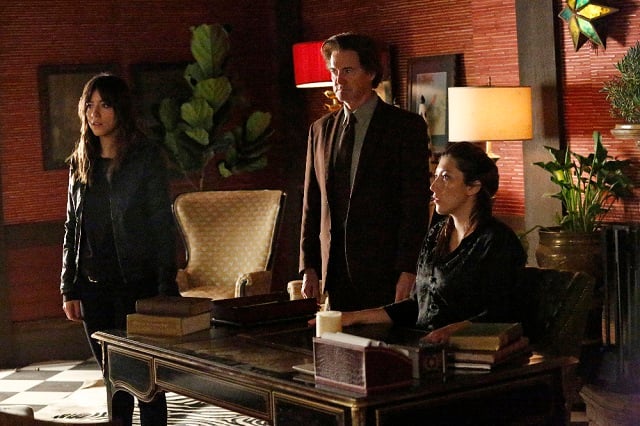 In Avengers: Age of Ultron, Captain America talks about how SHIELD is about saving people and that’s “how SHIELD should work.” While the Avengers are waxing nostalgic about their days at Nick Fury’s SHIELD, remembering the super-cool heli-carrier while forgetting Fury’s secret alien weaponry, present-day SHIELD is not really all that pretty and shiny. If anything, they are dealing with the exact same problems that Tony Stark is struggling with in Age of Ultron, and Nick Fury struggled with before him in Winter Soldier. Plot-wise, “Scars” only ties in loosely with Age of Ultron, but thematically, both should really be seen to fully appreciate each one.

In “Scars”, the story picks up after SHIELD shows up with the heli-carrier in Sokovia and saves the day. Coulson does not have time to celebrate, though, as the team is facing its own problems. Gonzales sees the Inhumans as a potential threat to SHIELD and all of non-powered humankind, much like Tony Stark sees Chitauri or other unknown aliens as a threat. Both Gonzales and Stark try to stop these perceived threats before any harm is actually done. Stark does exactly what he criticizes Fury of doing in The Avengers and secretly creates new weaponry that he doesn’t really understand and cannot control, expecting his Ultron program to act as a deterrent. In contrast, Gonzales demands preemptive action, as does Coulson, but Gonzales puts his faith in the Index and diplomacy.

Within SHIELD, Coulson and Gonzales are trying to put their two teams together to make a unified super-team. The trouble is that neither team is getting along on their own, much less together. The major causes can be traced back to poor leadership, distrust for Gonzales over the double agents in Coulson’s team, distrust for Coulson over the Theta Protocol, and a difference in opinion regarding the Inhumans. None of these conflicts are easily solved because, particularly with the Inhumans, it comes back to ideology.

Is it better to carry a big stick and stockpile weaponry so SHIELD is prepared for anything, much like in Captain America: The Winter Soldier? Does it inevitably lead to paranoia and escalation like in Iron Man 3, or like in Avengers: Age of Ultron, are people so eager to end war that they actually create one? On the other hand, is it naïve or stupid not to be prepared, and is the Index necessary to look after the well-being of humans/super-humans/Inhumans? These are questions that defy simplistic labels of liberal and conservative, religious and atheist, and wealthy and poor. They divide people in surprising ways, and this difference in ideology can pit usual allies against each other. It cannot be reconciled with Coulson and Gonzales’ teams doing trust exercises, braiding each other’s hair, and really getting to know each other. The answer to this question decides the very future of SHIELD and what it will be, and by extension what Agents of SHIELD will be moving forward.

It is interesting that while Gonzales, Coulson, and SHIELD are trying so hard to see the future and prepare for it, Jiaying rejects Raina and her gift of precognition. Part of that is her distrust of Raina, due to questioning whether she is being truthful and whether she is using her gift to manipulate people. More importantly, though, Jiaying does not need to know the future, not now. Her greatest fear is her people being discovered, and now that Afterlife is found, her goal is quickly uniting her people behind her leadership. How can she do it? By presenting a tangible threat. 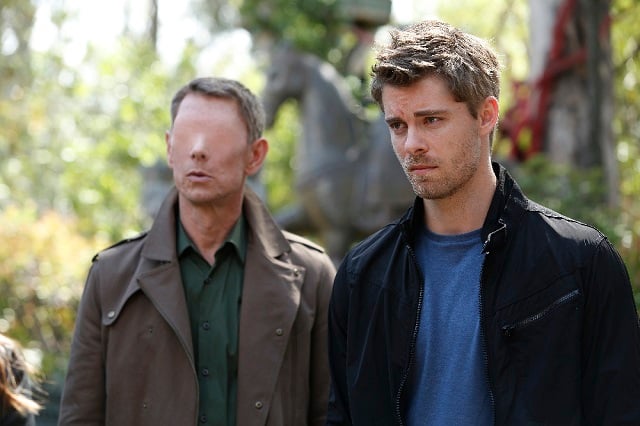 Coulson and Gonzales are trying to unite SHIELD by facing a potential threat. Jiaying, Gordon, and the other Inhumans living in Afterlife are not attacking SHIELD, quite the opposite. They want to be left alone. Their powers give them the capability to cause great harm, but it is a more vague idea than an enemy like Hydra knocking down SHIELD’s door. By killing Gonzales and making it look like he shot her, Jiaying gives her people the evidence needed to paint SHIELD as the aggressor and the Inhumans as the clear victims. In the process, she also shakes Skye’s faith in SHIELD, which is a nice perk for her and Calvin, and Jiaying proves that she is not to be trusted, something hinted at in “Afterlife”. Dichen Lachman really shines here as this complex character, a calculating leader who might have her people’s best interests at heart, but is ultimately building her war on a lie.

The notion of perception is particularly sad in the case of Gonzales. Early on in the episode, he is the one pushing SHIELD to track down the Inhumans, and his dialogue, paired with Bobby Roth’s direction, casts him in an unflattering light. He looks and sounds like a man would imprison or kill the Inhumans if it means eliminating that threat. Right before going into negotiations, he asks Agent Weaver for a mysterious item to take into the negotiations with him. The expectation is that there is a weapon in the little box that she hands him, but really, it is an olive branch. Not a literal olive branch, but a necklace meant for Skye as a baby that was believed long lost. This play on expectations and the reveal of Gonzales as a diplomatic negotiator makes it all the more tragic when he is killed. SHIELD needed people like him at the helm, and as an actor, Edward James Olmos brought so much to Agents of SHIELD during his all-too-brief guest starring run.

With everything going on with Gonzales, Coulson, and Jiaying, there really isn’t much time for writers Rafe Judkins and Lauren LeFranc to fit other subplots in “Scars”, but the one worth noting is Agent 33 and Bobbi. They will not be friends, as predicted in “The Dirty Half Dozen”. Instead, Agent 33 disguises herself as May and kidnaps Bobbi, with the help of Ward and his stun gun. The fate of Bobbi is left in the balance, as it is in most penultimate episodes, and the resolution is saved for the season finale. As sad as it is when Mack turns in his badge and says he is done with SHIELD, maybe he got out at the last possible second before the real war started.

On a last note, Patton Oswalt appears briefly as Sam and Billy Koenig, with some really awesome Star Wars bedsheets, but there is an interesting note on the mirror reading, “Call your sister.” He has a sister? Who is she? 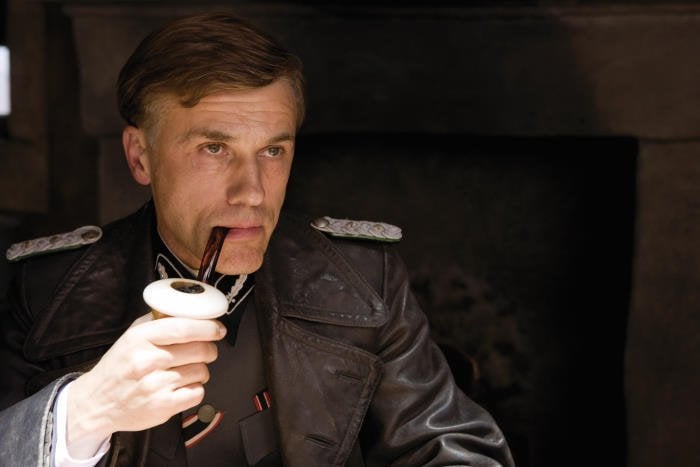 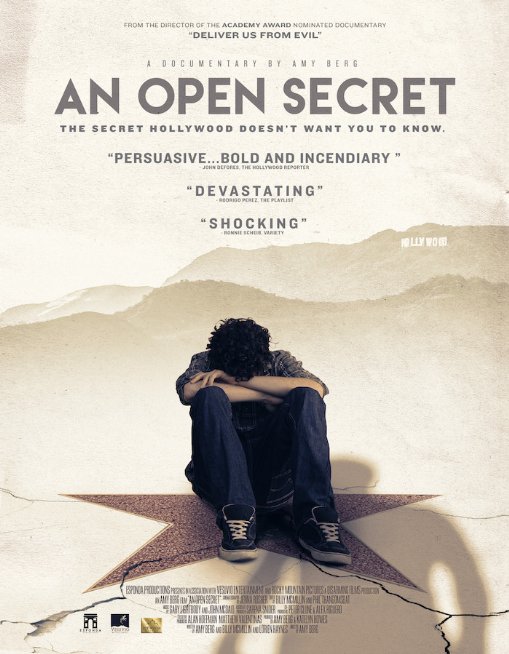