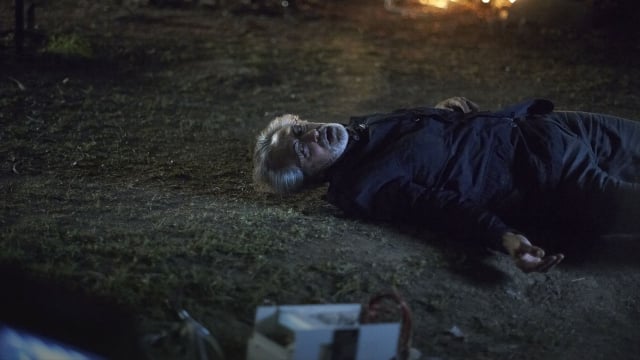 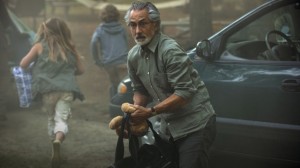 There have been plenty of hints on Alphas that Dr. Rosen’s actions can be destructive. Even when his intentions are good, he doesn’t always consider the negative impact. In “Alphaville”, we get the most blatant example of the side effects from his vigilant attempts to stop Stanton Parrish. He’s trying to do the right thing and defeat a dangerous force, but he fails to recognize the blowback from it. David Strathairn has masterfully shown how Rosen is quickly unraveling because of his efforts against Parrish. His final scene of the opening season felt triumphant and signaled the dawn of a new era for the Alphas. Instead, they’re still dealing with the same issues along with new obstacles. Characters question his intentions because he isn’t one of them, and this week’s events only support their feelings. 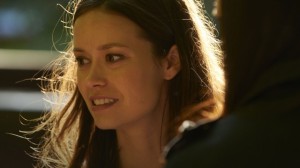 Summer Glau is back! The star of Firefly and many other genre shows returns as Skylar, an expert at fixing mechanical items. She’s moved to a safe haven for Alphas out in the woods. Living far from civilization and the authorities, this group is hoping for a different kind of life. They also have little love for Rosen, especially after he revealed their existence. What’s interesting is that their views aren’t presented as false or simplistic. Instead, the criticism bounces back at Rosen and reveals the cracks in his façade. Skylar is trying to raise her daughter Zoe apart from the chaos, and this place may be the right site. However, their powers are unlikely to stay out of Parrish’s scope for too long. While we don’t see the results of his final offer to Skylar, it’s clear she isn’t thrilled by Rosen’s methods. Nearly losing her daughter is enough to push anyone towards the wrong group, even if they were responsible. 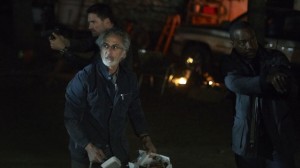 Discovering the secrets of the device is really just a reason to knock Rosen down even further. By the team he leaves, the forest is in flames and under siege from Parrish’s goons. Fire starter Cornell Scipio returns from the premiere and brings along an Alpha with a brilliantly simple ability. That guy moves quietly and can stroll right behind people without them even realizing it. Their mission is to retrieve the device quietly, but they don’t seem too concerned with wreaking havoc. The machine’s ability to expand the power of Alphas is intriguing and adds another layer to the enemy plans. Parrish isn’t satisfied with just having strong allies. He wants to enhance their abilities and make them even better. This type of unchecked power seems impossible to combat with such a disorganized team. 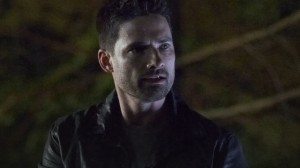 “Alphaville” is a great episode and improves on the more predictable main plot of last week’s “Gaslight”. A minor issue comes from the convenient way that Zoe gets captured by Scipio. She falls prey to the lazy trick of arriving at the worst possible time to hear Skylar complaining about her. It’s only a small moment but seems out of place in such a convincing story. The scenes with Rachel and Bennett also feel a bit awkward, despite the actors’ efforts. Their relationship has promise, though it’s likely a set-up for some type of tragic end. On the positive side, it’s fascinating to watch Rosen struggle to stay focused while facing such hatred. One villager is ready to kill him on the spot and blames his revelations for destroying his family. Although it seems like a stretch to believe the message ruined everything, it’s an interesting theory. That guy is able to stop a car with his hands, and he threatened to do the same thing for Rosen. That would not have been a pretty sight. 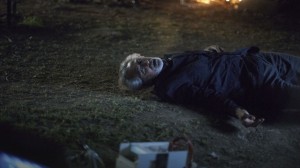 This episode sets up a major conflict in the future between Rosen and his daughter. All it takes is a text from her to put everything in motion for Parrish. She may like Cameron, but he’s also a pawn who’s giving key details to the enemy. When he inevitably discovers the truth, it’s going to be crazy. Danielle’s move doesn’t put the attention on her directly, though Rosen now understands that a mole is hurting their chances. It’s interesting that he picks Bill as the only trusted confidant within the group. It makes sense because of his police background, yet it creates a possible rift within the team. Parrish is lining up his chess pieces against Rosen, and he’s currently holding the key spaces on the board. The choice to put Bill on the hunt inside their realm is his first real move to try and gain the upper hand. The season has been excellent so far, and this feels like just the beginning.