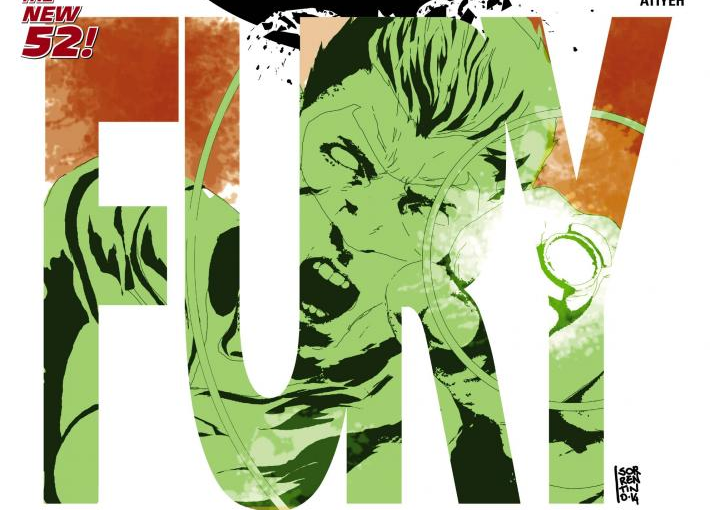 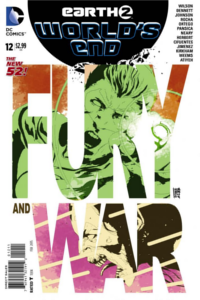 After a surprisingly pleasant side step last week, Earth 2: World’s End returns to form with scatter shot story and a ten member art team. It’s quite the loss as last issue was a much better paced and tightly focused read and now once again the audience is subjected to a confused mess of a plot with changing art every two to four pages. 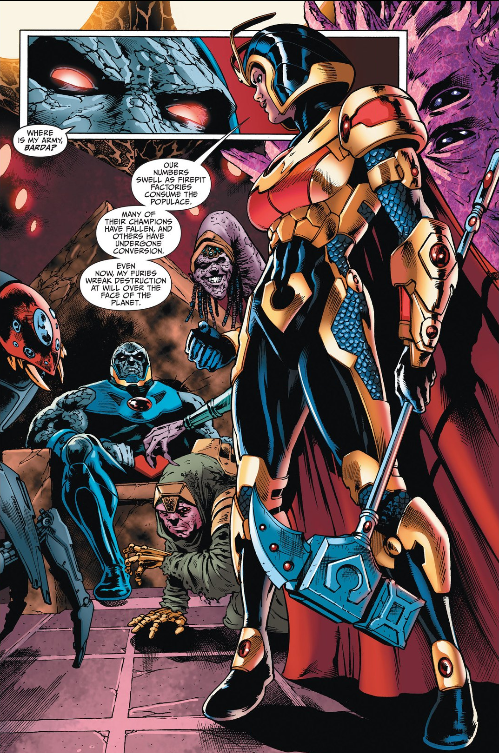 Incidentally, there are some over all improvements. The lesser artists mostly focused on the Flash/Hawkgirl storyline has been replaced with someone far more competent. The pencils and inks all look more like real people instead of melted action figures. However that does not save the issue from some embarrassing spines and buttocks shots for the female leads. The Dick Grayson story continues to make less and less sense. Anything that could have made this character’s perspective interesting has been robbed of him, the excuse of being tied into whatever John Constantine is doing in this universe has left, Barbara Gordon was unharmoniously killed off, any previously established side characters like Ted Grant and Lottie have vanished, and it is fully clear now that even DC editorial has forgotten what Dick’s son is named. This plotline is now the worst drawn of the series. However the most condemning is that this week was meant to be a big dramatic moment for Dick Grayson was ruined by ridiculous angst-ridden inner monologue.

This issue might be a small change for the better, but not by much. The only real compliments that this issue deserves is from a genuinely touching exchange between Power Girl and the horribly mutated Huntress even if said scene is impossibly clichéd and only has weight because of a much better ‘Earth 2’ issue and a genuinely well designed costume for Big Barda that is effectively just a cape and a warhammer.

It’s clear Earth 2: World’s End has no great goals or reason to exist beyond DC Comics trying to milk the success of much better creators but that is still no excuse to churn out a weekly comic this poorly managed.