As we close in on the end of the first season of Bates Motel, its apparent that the series is trying its best to develop a few new plot points that aren’t in any way tied to Hitchcock’s Psycho. There is no shortage of dead bodies on this week’s episode titled “A Boy and His Dog.” Apart from the stuffed animals in Emma’s home, Norma discovers Zach Shelby’s corpse lying on her bed. We can only assume that this nod to The Godfather’s is an indication that the Man from Number 9 is at the top of the criminal chain.

Bates Motel is a strange show indeed, almost as confused as the two central characters who populate each episode. What at first seemed to be a show deeply rooted in a classic American tale, has veered right off the tracks in a direction of outright camp. At this point, Bates Motel might just as well be inspired by Motel Hell. If you didn’t find yourself laughing out loud on that closing image of Norma screaming in terror, than I’d recommend checking your funny bone.

I think its safe to assume Shelby’s corpse was a message from Abernathy, but what where does that Leave Norma who doesn’t have one friend to turn to, much less the police department. She certainly won’t get any help from Sheriff Romero who hates her, and since its common knowledge that she’s directly responsible for the murder of the town’s deputy, I don’t think any of the residents of White Pine Bay are willing to lend a helping hand. One thing is for sure, the only control Norma seems to have, is over her teenage son. Apart from Norman, as hard as she tries, Norma has no control over anyone else, including herself. Her seduction techniques have proven an automatic fail and her lies are easily telegraphed from a mile away.

“A Boy and His Dog” addressed the concept of control directly as evidenced in Norman and Norma’s visit to the therapist’s office. To be fair, Norma understands her son better than anyone and her desire to control him is clearly her way of desperately protecting him. But as the psychologist points out, people who normally have control issues are the ones that do not have control over what is deeply rooted inside of them. Norma is very clearly guarding an internal self while presenting an outer appearance of being in control. The problem is that she wears her emotions on her sleeve and everyone but Norman can see right through her. It’s a clear state of denial and deep down inside she knows that she doesn’t have control over her life and that frightens her. It remains interesting to see how the series continues to incorporate iconic elements from Hitchcock’s Psycho into this new world they’ve created. In the film, Norman’s hobby is taxidermy – further demonstrating the character’s obsession with death and the preservation of life, so to speak. In the show, Norman’s unhealthy perception of life and death continues to surface. As Norma points out, he’s an “unusual” boy, but in Norman’s eyes he is normal, because what other 17 year old boy wouldn’t be interested in taxidermy?  Norman’s new hobby does however bring an interesting new relationship in his life. Its safe to say that perhaps he has found a father figure in Emma’s dad. Creating a scenario where Norman associates taxidermy with having fun is a tab bit unsettling, but his visits to see Will DeCody (Ian Hart) tend to be some of most tender moments of the series thus far.

Emma continues to be the most interesting character of the series. Confronted with teenage drama and a posse of mean girls, she finds herself in a position in which her emotions get the best of her. As Emma struggles to be a good friend this week, she makes a tiny mistake – but being the better person she not only confesses to her wrong doing but shows no fear in putting her feelings out on the table. “I just couldn’t keep my mouth shut,” she tells Norman – only later to tell him how she truly feels. Emma’s bumbling confession of love to Norman demonstrates the show is capable of a moment of surprising sincerity. If only we could get more of these small intimate moments. With only two episodes left in its first season, Bates Motel still hasn’t found its footing much less found a way to distinguish itself from Psycho. Yet there is something intriguing about it – a somewhat unconventional quality that makes it a fun watch. Jere Burns and his Number 9 character might just be the missing ingredient. He’s a great antagonist, and his storyline can lead the series in the right direction. Only time will tell.

Everyone in this small town seems like trouble including Norman’s teacher and psychologist.

Romero putting Norma in her place was great.

Does Bradley have eyelashes? 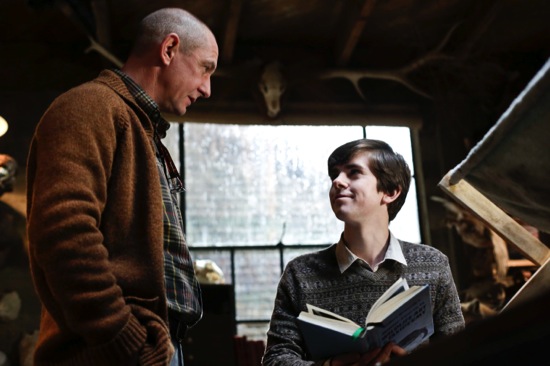 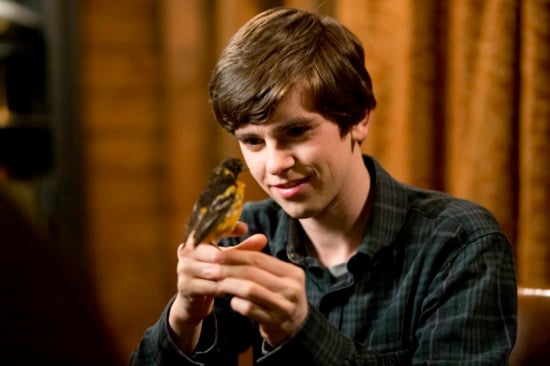 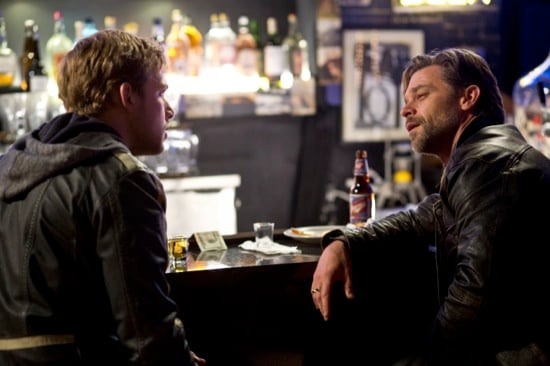 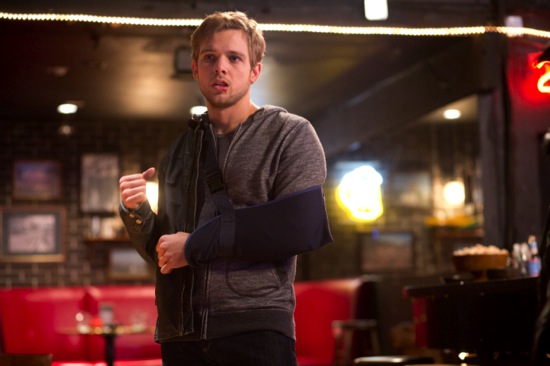 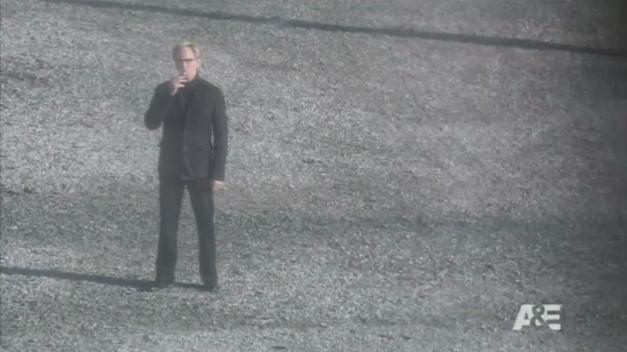 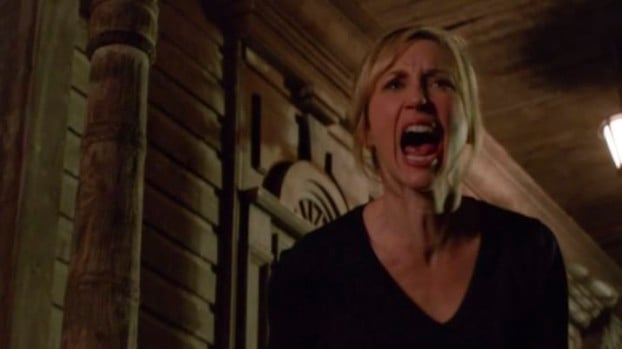