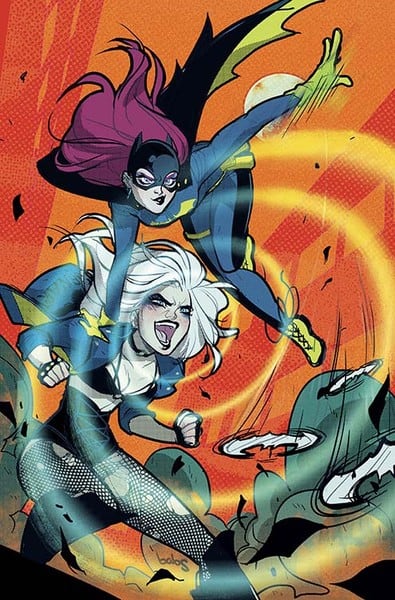 The parade of guest stars continue as Dinah Drake aka Black Canary shows up at the apartment that she and Barbara Gordon used to share in Batgirl #48. And returning with her is main series artist Babs Tarr, whose art ranges from adorable to downright creepy in this issue and guest colorist Lee Loughridge fresh off helping Annie Wu make Black Canary one of the most cinematic books on the shelves. Together, they team up with writers Cameron Stewart and Brenden Fletcher to bring Bab’s memory problems to a boiling point while also revealing the mysterious person behind the lapses in her eidetic memory towards the end of her issue. But, even though the last third of this comic is dark both visually and in content, Stewart, Fletcher, and Tarr still remember to make Batgirl fun with everything from Batgirl and her boyfriend Luke Fox (In his Batwing costume) teaming up to fight video game themed villains while wearing luchador costumes, or Babs’ reactions to the perpetually pissed off Black Canary signing autographs for her fans in Burnside.

The colorist switch between Serge Lapointe and Lee Loughridge doesn’t just signify the arrival of Black Canary, but also the shift in tone and genre from light superhero slice of life to a psychological thriller. But not everything is sunshine and rainbows in Lapointe’s colors as the scenes where Frankie finds out that Babs’ brain has been hacked are covered in a layer of cold blue, which is the polar opposite of the cyberpunk confetti of Babs and Luke’s fight against the video game themed villains. The change in color makes it actually feel like you’re struggling to remember things with and aids in connecting with the character along with Tarr’s emotive faces. And when Loughridge arrives, 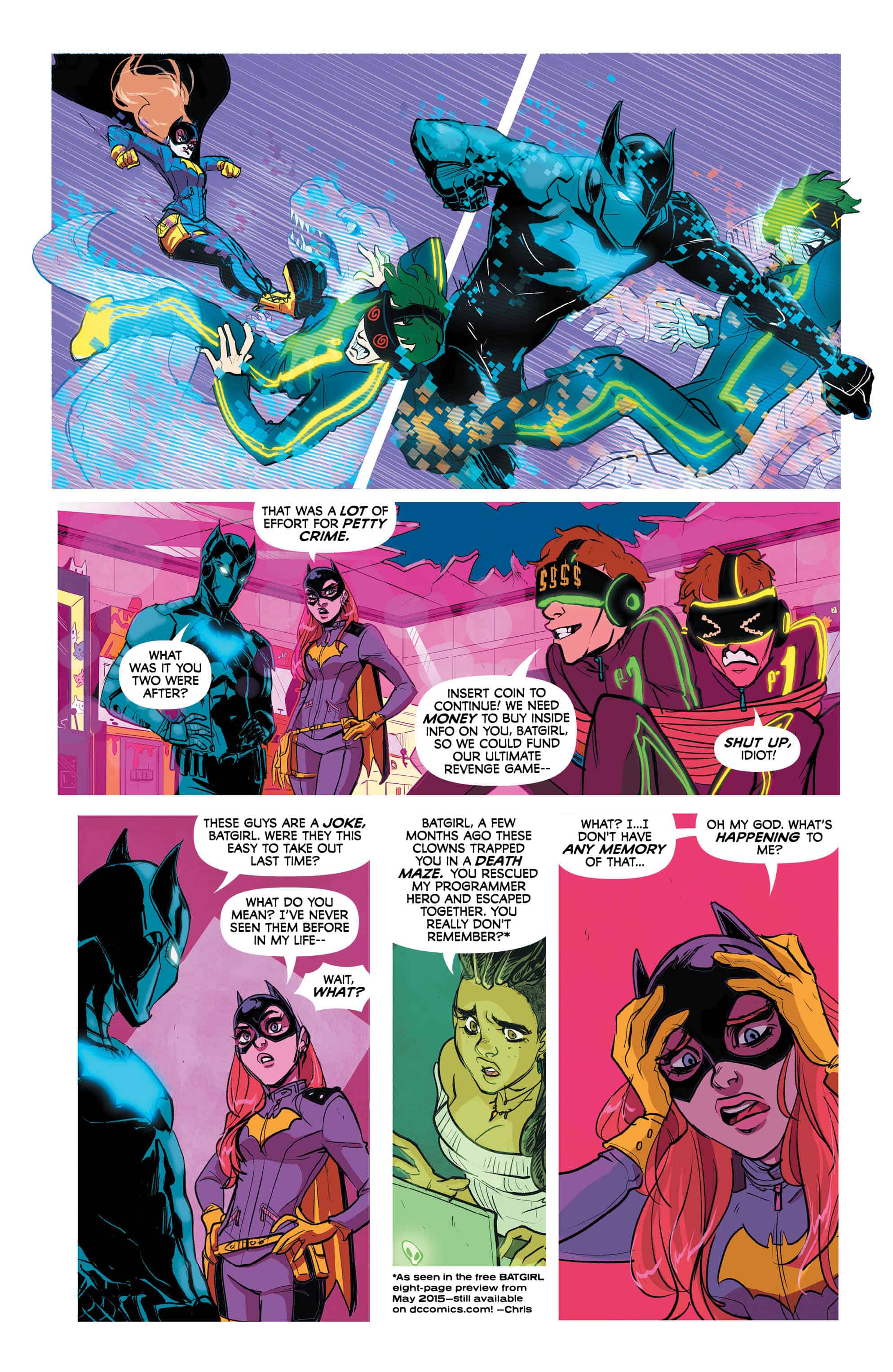 the blacks get deeper with an almost charcoal effect around the mysterious villain countered by the reds and yellows in the background every time Black Canary throws a punch or uses her Canary cry ability. Along with dropping a storm cloud on the character of Barbara Gordon, Batgirl #48 is a tour-de-force in the work of two of comics’ finest colorists.

Batgirl #48 has some payoff regarding the whole Babs losing her memory storyline as Fletcher and Stewart connect some dots while still leaving their heroine in a tense situation as the issue closes. And along the way, there’s some team-up fun with Batwing and Batgirl’s fight in the arcade featuring some of Babs Tarr’s most outrageous art with wrestling outfits, dinosaurs, and video games galore. It’s also a moment of happiness until Babs’ entire brain goes to hell. Lapointe adds to the fun by giving Batgirl’s luchadora costume plenty of pink. Black Canary and Batgirl also team up in the latter half of the issue with Rob Haynes laying out their break-in into the Burnside Hall of Records like some kind of survival horror video game. Sadly, this team-up is much less fun, but Fletcher, Stewart, and Tarr show the real bond between Black Canary and Batgirl as Dinah is willing to do anything to protect her hurt friend. Dinah’s face when she does a Canary Cry might be scarier than this issue’s villain.

With clever dialogue and rapid plotting of Cameron Stewart and Brenden Fletcher, the fierceness, cuteness, and sadness of Babs Tarr’s art, and the battle of genres and tones created by colorists Lee Loughridge and Serge Lapointe, Batgirl #48 is an excellent outing for the title, and there are more cool reveals to come. There is definitely a lot of darkness to endure before the colorful fun returns. If it ever does.