Think of a Jazz musician, furiously bouncing rhythmically, dangling on every note, shredding his fingers with every brutal labor of love. Think of the strain on his soul as he belts out one abstract audio portrait after another, to the point where his body hunches over in exhaustion between each tune. He looks at his band mates, unsure if he could go on, until he hears the first notes from the next song, then his body straightens out, and he dives in again, losing himself completely. David Lynch is no different than the Jazz maestro. He blinds himself with a vision, a mood, and a world completely unique from anything we’ve seen before, and for better or worse, he stays true and committed to this, never straying, remaining locked onto the tracks regardless of what kind of twists and bumps come along the way.

It is this stubborn dedication to an idea that has given Lynch his signature, and even iconic style. Sticking with the Jazz musician analogy, his films are like epic Jazz tunes. The form is often free and exploratory, at times it seems he’s lost the melodic center, but it is all anchored by a prevailing mood that strings every image and emotion together. And like any good tune his films dance through emotional highs (the Club Silencio scene in Mulholland Dr.) and frightening lows (the mystery man at the party scene in Lost Highway). 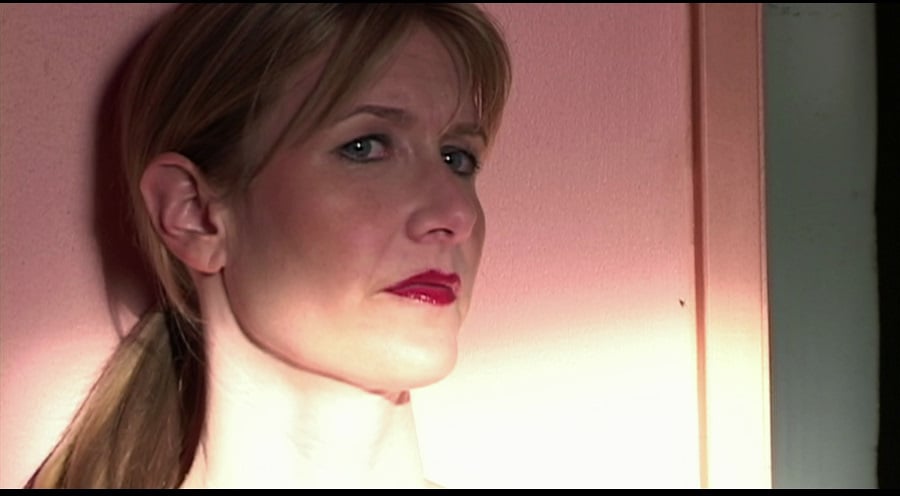 A lack of control seems to be the prevailing idea in many of his films, and the extremes we will go to obtain control or hold onto it, to the point where we will even skew our own realities to get it. Inland Empire is a perfect example of this. It’s never quite certain what the film is exactly about, but that isn’t the point. The point is, or the being of the film is a lack of control. Laura Dern’s character is slipping deeper into an unknown world, and we are forced to watch her emotionally flop like a fish. Like a dream, every scene switches suddenly, and we are placed into another setting that is foreign to Dern and we the viewers. The only thing familiar is an overwhelming mood. It is the mood, in all of his films, but particularly in Inland Empire that Lynch wants us to identify with, not the “story” or the characters themselves, but their fear, heartbreak, paranoia, etc.

One way Lynch likes to establish a mood is through a great female character. Few film makers have been able to create a more distinct feminine feel in his work than David Lynch. Some of his female characters are witty and daring, others are dark and complex, but they are all beautiful in many different ways and often the emotional focal point in his works. None of his works display this more than the televisions series Twin Peaks. Agent Dale Cooper (Kyle Mclaughlin) is the main character in the series, but everything is driven by a feminine aura that inflates the series full of beauty and palpable desire. This is especially noticeable in the superior first season of the series. He doesn’t create romanticized mock ups of women, he creates female characters who are grounded and true, never letting the mood of his films dictate to the character, but letting the character, with all of her ideas and moods, dictate to us. When Audrey Horne steps onto the screen for the first time we already know everything about her, and she fills the screen with her intrigue, mischief, and curiosity. David Lynch is a fearless filmmaker. More than most directors, his films seem completely unfiltered in the translation from his imagination to the screen. Because of this there is an abundant energy to his films, or a curiosity that fills the viewer in a style not earmarked by time or stereotypes. There seems to be a void in the film world now where a bubbling anticipation and want for another David Lynch film must fill.