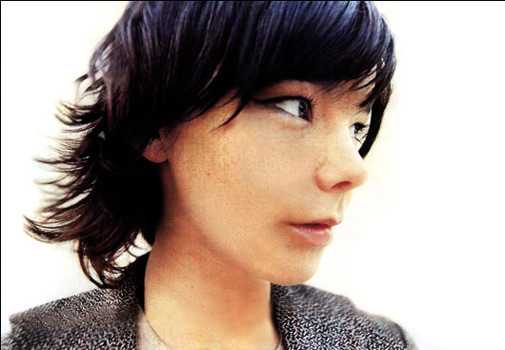 Björk’s latest musical project Biophilia marks her seventh full-length studio album, and her first in over four years after Volta. Easily her most ambitious project to date, the album is “partly recorded” on an iPad and, as well as a standard CD release and will also be being released in the form of a series of apps. In other words Biophilia will be the world’s “first app album” in collaboration with Apple.

Even more interesting is that Björk will debut songs from the album during a series of performances at the Manchester International Festival in England between June 27 and July 16, 2011. Björk called the performances a “meditation on the relationship between music, nature and technology”. The show will feature a range of specially conceived and crafted instruments, among them a bespoke pipe organ that accepts digital information and a pendulum that harnesses the earth’s gravitational pull to create musical patterns. So in other words it’s pretty awesome.

With each album, Bjork has challenged herself in various ways including producing memorable music videos with well established directors. With her first single off Biophilia, she has enlisted the help of a Michel Gondry, a director who has made some of the best music videos of her career including “Human Behaviour,” “Bachelorette,” and “Army Of Me.”

In an extensive interview with Pitchfork, it’s revealed that Michel Gondry will step behind the camera for her first single “Crystalline.” In the interview she also discusses her collaboration with Gondry, about working on a script for a 3D movie. “I felt a little bit out of my element because suddenly there were like four billion meetings and budgets and everything. I’ve never done that before in my life, and it was suffocating” Björk says.

It’s a pretty informative and extremely interesting article and I highly recommend everyone head over to Pitchfork to check it out. In the meantime, have a look at her previous collaborations with Gondry.