March 28 marks ten years since the release of Square Enix’s Kingdom Hearts II, the second entry in the beloved RPG franchise.  Although there have been other releases since on handheld platforms, this year’s upcoming release of Kingdom Hearts III will mark the franchise’s long-awaited return to consoles. 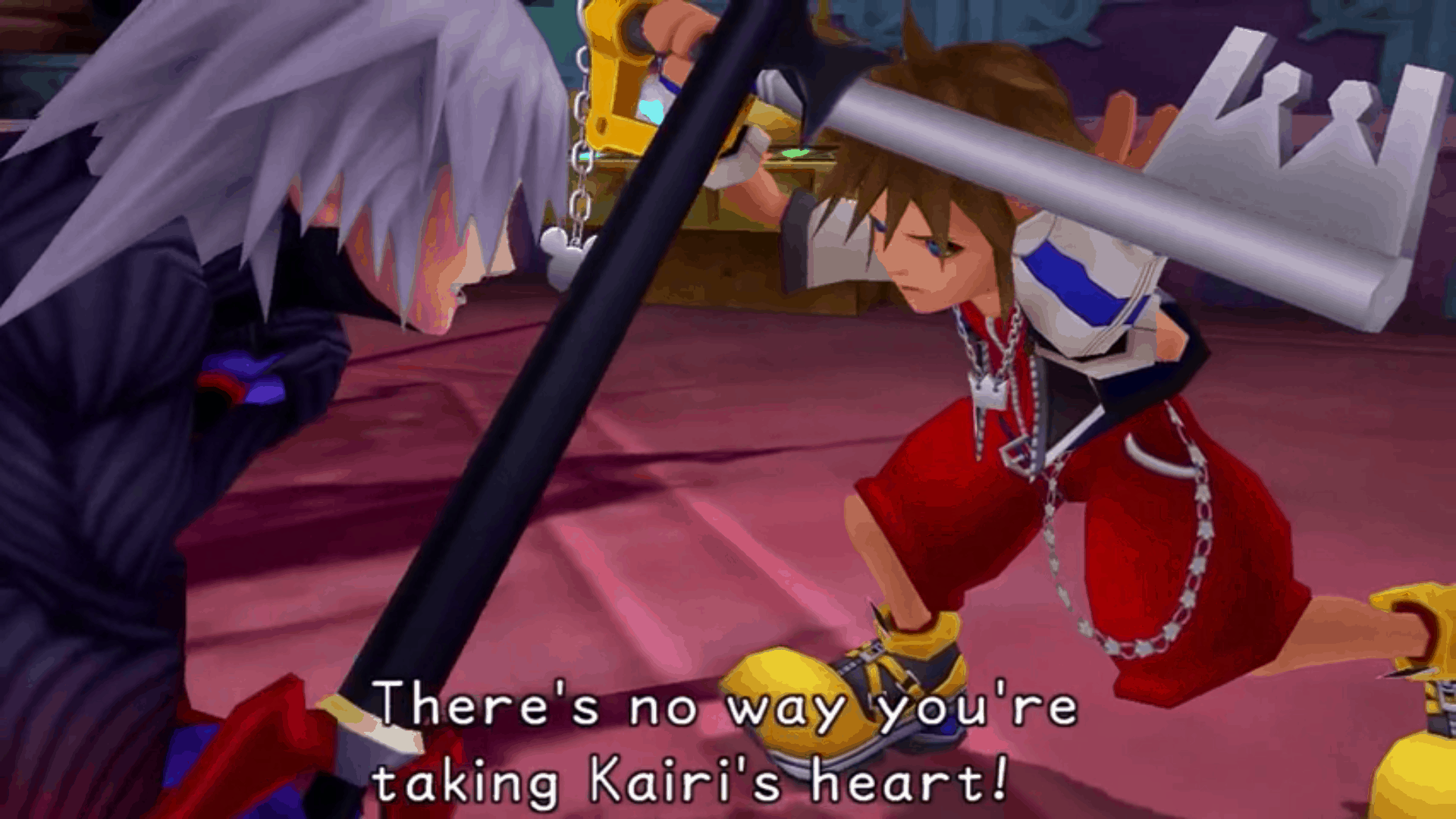 For anyone who is familiar with the Kingdom Hearts franchise, Sora’s iconic line (shown above) is one of the most quoted, or at least it was in my household.  It comes from a climactic moment on the world of Hollow Bastion, where Ansem (in Riku’s body) tries to extract Kairi’s heart from Sora’s body.  Sora fights back with everything he has, and actually defeats Ansem.

However, Sora and the gang discover that in order to close the keyhole, Kairi’s heart must be unlocked.  Sora makes the selfless decision to stab himself with Ansem’s keyblade, which will unlock Kairi’s heart and allow the keyhole on Hollow Bastion to be sealed.

Seeing Kairi awaken just to see Sora vanishing into thin air, when the entire storyline to that point had been building up to their reunion, was absolutely heartbreaking.  Many of the series’ fans mark this as a moment in Kingdom Hearts that they will never forget.

Kingdom Hearts II gave us: The story of Roxas, Axel, and Sora 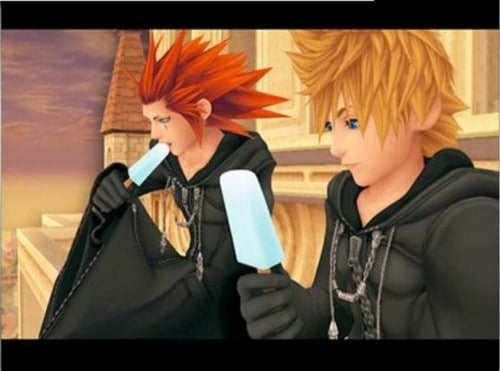 Perhaps one of the most emotional journeys that the Kingdom Hearts franchise has ever taken us on is the struggle of Axel in his relationship with Roxas, and later, Sora.  Before Sora is awoken and Roxas disappears, Axel and Roxas were friends in Organization XIII.  Just before Sora awakens, Roxas has no memories of Axel, or any of his time with the organization, hurting Axel to his core.  This led Axel to pursue a new mission: turn Sora into a Heartless in order to get Roxas back.

Even though Axel is originally introduced in a way that would make him seem like he would be the stereotypical villain, he ends up defying Organization XIII, choosing to try and help Sora in order to honor his friendship with Roxas.  He ends up giving his life for the cause, forcing us all to rethink what we thought we knew about what a villain could be and taking us on one of the most sentimental video game journeys of its time.

These moments (and many more) are what have set the bar for Kingdom Hearts III.  While fans of the series could argue for days over what needs to be included in the next game, here are a few that I’m hoping for.

Expectation: KH3 will provide a sense of closure for many of the characters within the series

The Kingdom Hearts games are known as showcasing a plethora of characters from franchises like Final Fantasy as well as many from the massive Disney catalog.  While on one hand this has allowed the game’s main story to be incredibly diverse and hold a massive amount of content, it also created a problem for Square Enix when it comes to Kingdom Hearts III. Many fans expect this to be the longest game in the franchise and have high hopes that this means that many of the characters’ stories will receive the closure that they deserve. Fans are torn over exactly which characters deserve the most attention (do we need to finally hear from Sora’s parents?), but most are in agreement that it should be a priority of this next installment.

Expectation: Improvements to the battle system 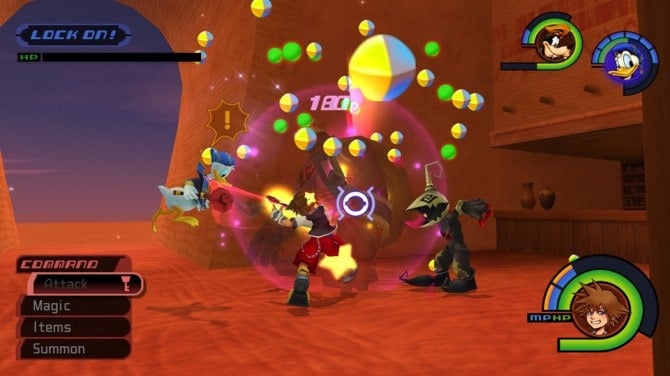 While die-hard fans of the series love the stories and the character connections, there has been one constant complaint from fans and casual players alike: the battle system.  The original Kingdom Hearts set the foundation of this real-time combat system, which included a Command system (with choices like Attack, Magic, and Items), A.I. controlled party members, summons, and options to change the iconic keyblades that you use in battle.  This feature separated Kingdom Hearts from the huge amount of turn-based strategy games of the time.

Square Enix did make an effort to improve on the battle system in Kingdom Hearts II with the incorporation of the Reaction Command (allowing Sora to unleash enemy-specific attacks) and the introduction of the Drive Gauge (which granted Sora the ability to transform into the Valor, Wisdom, Master, Final, Limit, or Anti Drive Forms that enhance his strength).  These forms were a massive hit for some, as they helped to improve the actual flow of the combat, which has been one of the biggest complaints since the first game.

What fans are looking for in Kingdom Hearts III is a combat system that feels just as smooth and exciting as the other aspects of the game.  It’s as simple as that.  Find a way to allow for a decent flow and some innovative options for strategy rather than just button-mashing, and it would make a massive difference in the entire experience.

Expectation: Being able to jump right into the action

Most games nowadays have some sort of introductory or tutorial section, but the Kingdom Hearts franchise is infamous for making these much longer than necessary, often involving tasks that many players see as mundane.  If not for many gamer’s hopes that the game will improve alongside their dedication, many wouldn’t even make it past these sections.

While there understandably has to be some sort of introduction to the story and direction of the game, Kingdom Hearts fans are tired of waiting and are ready to jump into this next adventure.  Square Enix: Keep the magic that we love in Kingdom Hearts, but don’t stall the action for too long.

Even though the wait has been incredibly long, I’m still ridiculously excited to finally play another installment in one of the series that defined my childhood.  Kingdom Hearts III may not be able to hit all of the goals that the fan community has for it, but Square Enix will hopefully still deliver the magical characters and complex storylines that all of us know and love.