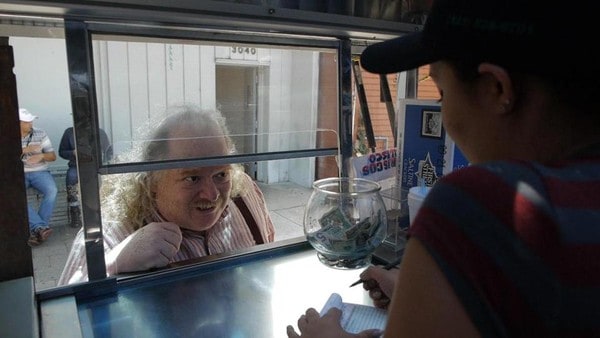 Among food critics, Jonathan Gold holds a special place of esteem. Gold, food critic for the Los Angeles Times and the first food critic to be awarded the Pulitzer Prize, is famous less for his writing than for the kinds of restaurants he chooses to review. He tends to eschew the opulent European-style dining that titillates East Coast critics and instead focuses primarily on smaller restaurants and food trucks with non-European American cuisines. The documentary City of Gold paints a loving portrait of the critic and makes clear that his real fascination is with people and their cultures, not just food.

Gold follows the standard rules for food critics: he books under a fake name, sometimes wears disguises (although nothing more than a hat, in comparison to a colleague who wears a Halloween mask at restaurants), and even has a series of prepaid phones to prevent his number from being passed around among restaurateurs. But even when following those rules, he’s instantly recognizable as soon as he walks in the door. Portly and mustachioed, with long hair and bald spot, he often wears suspenders, sometimes even a bowler hat. Combined with his clunker of a pickup truck, there’s no hiding his identity once he shows up.

Gold tends to see the role of food critic as one who suggests new and exciting cuisine for readers; he’s less interested in writing about the restaurant that fails, but prefers to champion the little-known or little-visited places. Interviews with some of the restaurateurs that Gold has championed show just how much his praise can change their lives. One chef at an Ethiopian restaurant recounts how the restaurant was essentially a present from her physician son. The business hemorrhaged money until Gold reviewed it positively, at which point they could barely handle all the new business. Another beneficiary runs a taco truck; after getting a good review from Gold the business picks up enough to help him expand into a physical restaurant. 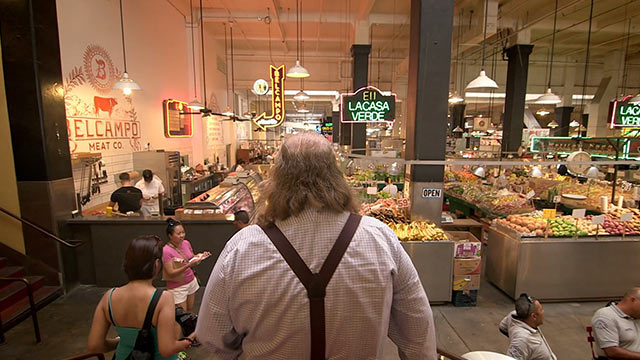 Although City of Gold will certainly whet the appetites of most viewers, director Laura Gabbert is wise to mostly avoid any kind of food porn shots. After all, the film suggests that Gold’s focus is more about the cultures swirling around Los Angeles than the food. Food is an easy (and delicious) way to connect with people from different backgrounds. This thesis is made clearer when the film pauses to talk about Gold’s previous career as a rap music critic. Gold genuinely loves the music and writes sensitively about it, but he’s just as interested in the lives and experiences that these artists are rapping about.

In the film’s climax, Gold reads an excerpt of a piece he wrote after the LA Riots in 1992. He muses about how his neighborhood houses many different cultures, from Thais and Nicaraguans to his Korean landlords. “The landlords keep to themselves and so do I, but I sometimes wish that they would invite me over for dinner.” Gold is passionate about the food he reviews, but he also cares about the people making it. City of Gold is similarly concerned with the people behind the food, and benefits from its focus.