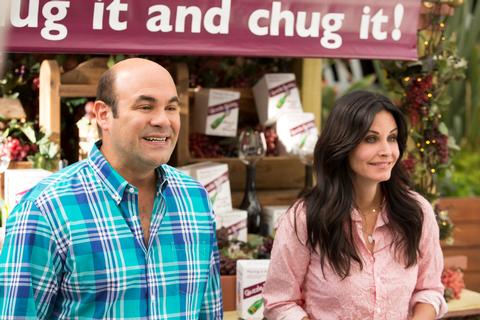 The random, often disconnected story lines of Cougar Town‘s fifth season have made it more than a little difficult to write about – thankfully, “Too Much Ain’t Enough” brings three thematically-similar plots to the table, making things feel a lot less scatter-brained than the normal, Chick-free episodes of late. And even though “Too Much” doesn’t really find an interesting way to pull all three together, the sheer construction of the episode around a single idea allows the broad comedy and quick, cathartic resolutions coalesce with each other to at least hint at some intriguing ideas, even if they don’t outright address them.

“Too Much Ain’t Enough” is an episode about perception: perception of self, other’s perception of you – and oddly enough, perception of an idea, one that some might find genius, and others find idiotic. The idea is upfront and center in each plot: Grayson is struggling with not being a “cool guy”, Bobby hates that people laugh at him and his leather bag, and Jules and Andy can’t figure out how to market a product they both live (the Guzzle Buddy, a product I would buy without a second thought). The first two are nearly identical: replace Grayson’s abs and “cool voice” with Bobby’s bag and they’re living the exact same story, two men trying to create false versions of themselves in order for people to like them.

On some level, it feels a bit untrue to Bobby’s character: I can buy that Grayson would act like Schmidt from New Girl when hipsters were around – but Bobby? Here is a man that proudly lives on a boat with no job, careless of his general appearance and behavior… but he doesn’t like being laughed at for carrying a bag? I suppose being alienated by the Cul de Sac crew (his best friends) could cause him to be a little self-conscious – but whenever that happens in the past, Andy’s always there to give the old golfer a shot of confidence… so when the episode makes him conventionally absent in all of Bobby’s scenes, it seems like a bit of a manipulation to make Bobby feel insecure over something silly, where Grayson’s attempts to engage Travis’s coffee shop friends in some friendly banter at least finds itself grounded in something real, finding himself trying to be a father for the first time in his life (something he was denied before the series began, going way back to the single Grayson days of early Cougar Town episodes).

It’s a shame that Grayson’s plot isn’t given top billing in “Too Much Ain’t Enough” (instead going to Jules’s funny, but ultimately empty pursuit of “cashing in” with a cool invention): Cougar Town‘s shown a penchant for telling generational stories with parents and their children, often some of the best episodes of the series (see season two’s “Something Good Coming” and any Chick-centric episode). For the most part, Jules and Bobby are empty stories, the latter only propped up by the cliched “confidence is everything” mantra, that Bobby will be cool with his leather bag if only he would feel cool wearing it (which leads to an understandably funny scene of Brian Van Holt mugging down Cougar Town‘s central shopping strip). Grayson’s plot reaches for something more, a parental connection between a middle-aged man who never had a kid, and a young adult still adjusting to his neighbor being his stepfather – maybe it’s just my well-known weakness for father/son tales, but it feels like “Too Much Ain’t Enough” skids across the surface of this idea, instead focusing on lesser stories for the sake of generating more laughs. It’s nice to see “Too Much” at least attempt to find some parallels between its trio of self-contained plots; however, the balance of these stories feels out of whack, the most rewarding stories pushed to the back for the superficial wackiness that often defines aging comedies. 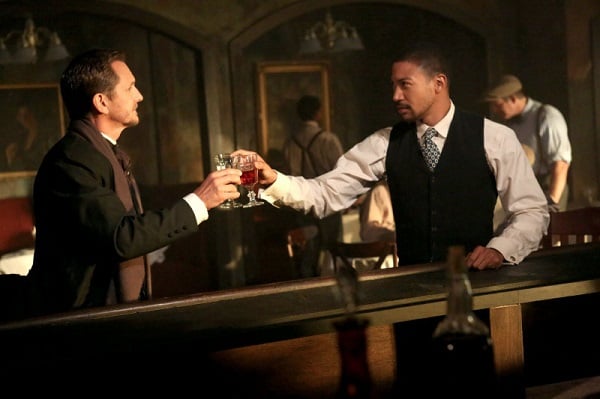 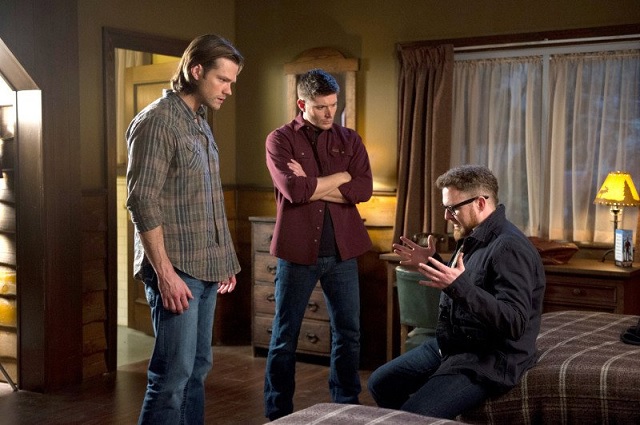