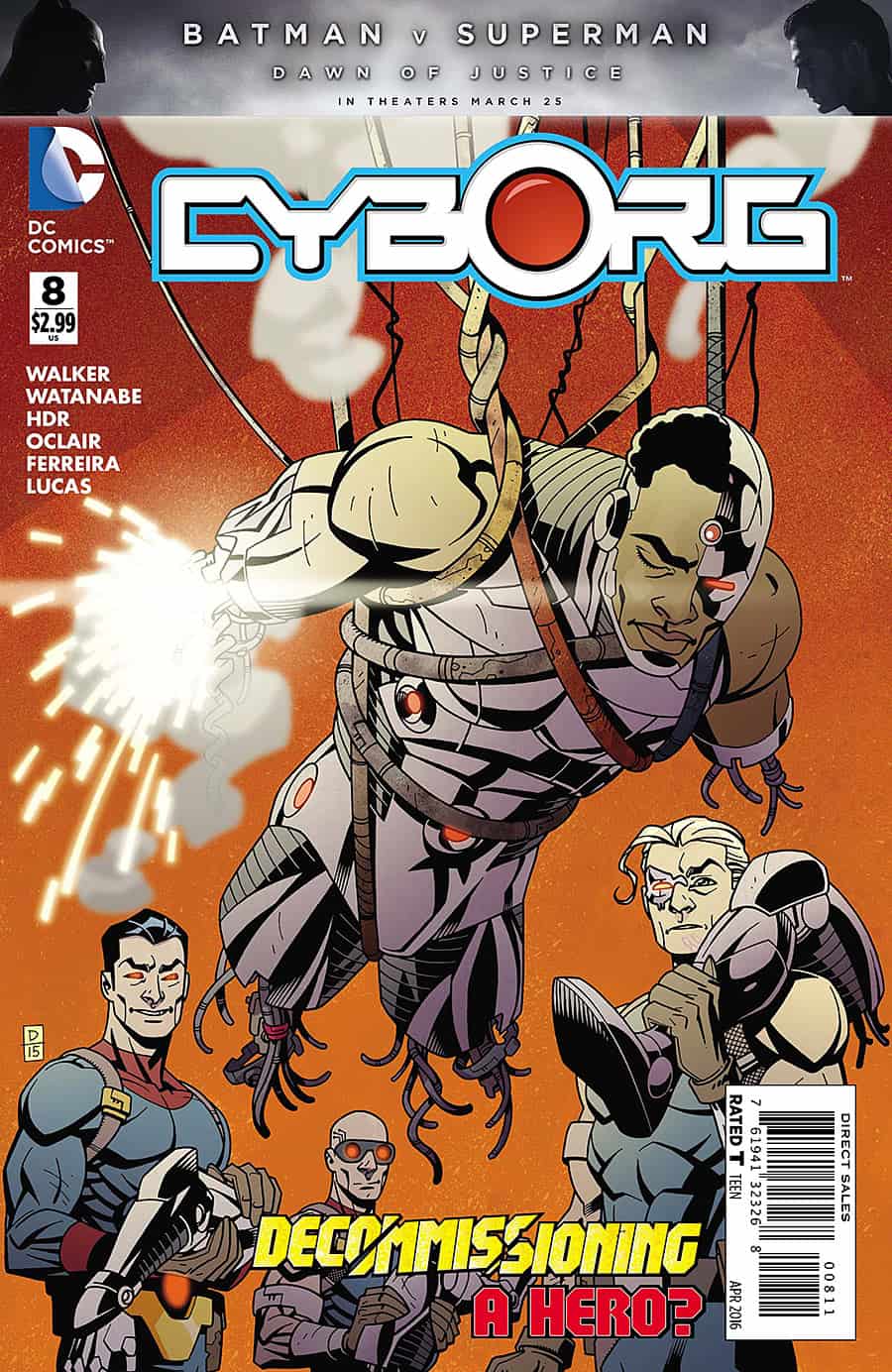 The life of Victor Stone has hit its stride. Between recent personal reveals concerning his family, fighting crime with Shazam, and using comedy to get through even the most dangerous situations…everything is looking up for Cyborg. Of course, all that means it will come crashing down rather quickly, sooner or later.

After a highly entertaining battle involving Shazam and Cyborg versus The Zookeeper (Yes, there are many animal related jokes.) highlighting a corner of the DC Universe that normally doesn’t get the spotlight. It show how both Science and Magic Bros aren’t made solely because they’re both in the Justice League. David Walker balances Victor’s home life, advances the Government plot, and teases surprising developments that build off the back end of the previous issue. The issue flips between the beginning of the Technology Act and the present featuring Cyborg and Shazam rounding up and gallantly fighting animal monsters. It’s here we see the usual suspects of government officials using illegal, outlawed tech to combat…soon to be illegal tech lest the Government have their way.

The entire art team balances the lighthearted moments as well the more serious beats concerning the continuing effects the recent invasion has on STAR Labs and the people infected and tagged by the Government. It’s raising some questions like: “Is Cyborg technically property and owes the higher ups of the Military?” or “Is Victor Stone just a man with a bad hand, who uses his armor to do what needs to be done?” Walker utilizes past characters from the opening arc to tie everything together, and it brings a supporting character into a stronger  role that puts him in direct line of Cyborg’s refusal to comply. Cyborg himself, thanks to both Walker and the art team, has a defining look and voice to match that gives him that confidence and cocky attitude that a teenage hero should have. Walker has hit his stride on this title, and it shows through the way Cyborg interacts with the larger sandbox and adapts to situations with his comedic side intact. Cyborg has healthy relationships and does his best to balance being a Justice Leaguer and his own personal side missions in the midst of overaching issues that could spell doom for those closest to him.

All things aside, Cyborg #8 is a step in the right direction for Victor Stone. David Walker gives him clear voice and empowers to Cyborg strike out on his own in a specific corner of the DCU. The solid art team gives him style and flair as they all work to create a great second installment to the latest arc.