With comic book adaptations coming out at a rapid pace, fans will meet many new characters with extensive backstories. We’re here to introduce these characters to help lessen the learning curve.

Although the titular character is the real breakout from Deadpool, there’s another big one worth talking about. Colossus has appeared on the silver screen three times before the 2016 hit, but this was the first time he received an accurate portrayal.

In X2, X-Men: The Last Stand and X-Men: Days of Future Past, Daniel Cudmore was only given an opportunity to demonstrate Colossus’s powers. The metal mutant was mostly shown as one of the heavy hitters on the X team. (This ended up raising questions as to why he was rarely brought along to major battles.) Deadpool gave wide audiences a chance to meet the real Piotr Rasputin and see his strong convictions at play, which will hopefully lead to more nuanced appearances in future films.

Created by Len Wein and Dave Cockrum for Giant-Size X-Men #1, Colossus’s ability to encase his body in organic steel first appeared when he saved his sister from a tractor. He was then recruited into the X-Men to help save the original team, and later decided to stay. The Russian was a stalwart X-member through the 1970s and 1980s before aligning himself with others throughout the 1990s and 2000s.

As with his recent onscreen counterpart, Colossus was a heroic protector of massive strength, his values and gentle nature at odds with his power. Like in his debut, Colossus most often sought to protect his sister Illyana (who’d go on to become Magix), often from herself. But he also saw the value in teaching others and trying to instill good values in them, which is the basis of his relationship with Negasonic Teenage Warhead in the movie.

Despite his powers, Colossus has also fallen victim to many brutal attacks over the years. Most notably, he was ravaged during Fall of the Mutants, having been paralyzed in battle and almost completely unable to transform back into a human. Because he was thought to be injured and away from his team, the recovered Colossus was able to surprise the Adversary and save the X-Men. Along with the rest of the team, Piotr sacrificed himself to save humanity, only to be given a new lease on life in Australia.

Sacrificing himself became something of a habit for Colossus. Later in his life, after having lost Illyana to the Legacy 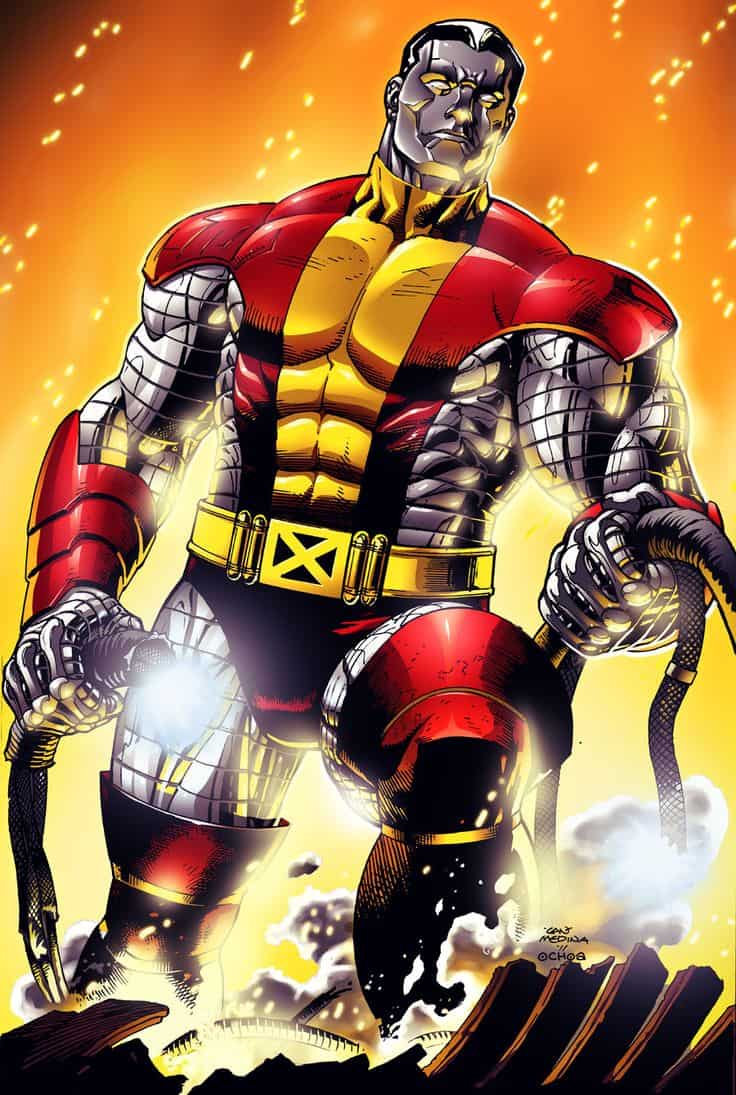 Virus, he injected himself with a cure that would only go airborne after taking the life of its recipient. After his return (because it’s comics), he became the new Juggernaut in effort to stop a Norse God-powered Cain Marko. In that form, he then merged with part of the Phoenix force during Avengers vs. X-Men to become a true force to be reckoned with.

His sacrifices and yearning for power caused Kitty Pryde to leave him and ultimately poisoned his relationship with Illyana. Magik used her soulsword to take the Juggernaut’s power from her brother. This made him realize that she could have saved him at any point and that she just wanted to show him that he should stop going to extreme lengths to be a savior. The two fell out as a result, and Colossus left to join X-Force, a team run by Cable.

Deadpool got almost everything right about Colossus: He’s a mammoth mutant of unfathomable strength with a righteous sense of justice. That idealism is also his flaw; unable to see that good intentions often lead to pain and suffering, Colossus will do whatever he thinks is right in order to help others. He may be a hero, but Piotr’s pride and yearning to do good will always cost him more than he expects.