Variety is reporting that Universal Pictures have green-lit a fourth film in the Bourne franchise tentatively called The Bourne Legacy. Tony Gilroy (the screenwriter for the first three) has been brought on board to pen the script. But Paul Greengrass has stated that he has no interest in returning to the franchise and Matt Damon has made it clear he would not want to do another Bourne film if Greengrass was not involved. Doug Liman directed the first installment while Greengrass helmed the next two. At this time it isn’t known weather the part will be re-cast (bad idea) or if the entire story will get a reboot (better idea). Matt Damon has suggested in the past that there had been talk of a Bourne prequel with an entirely new cast and envisioning of the concept. Insiders believe that Gilroy’s hiring is an attempt by the studio to convince Damon to return. Damon and Greengrass recently joined forces on The Green Zone, which received poor reviews, but was a massive failure at the box office. Damon will be seen in The Adjustment Bureau this September.

There is no information at this time on when Universal hopes to get a fourth Bourne in theaters. 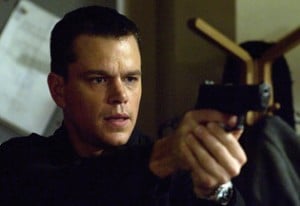