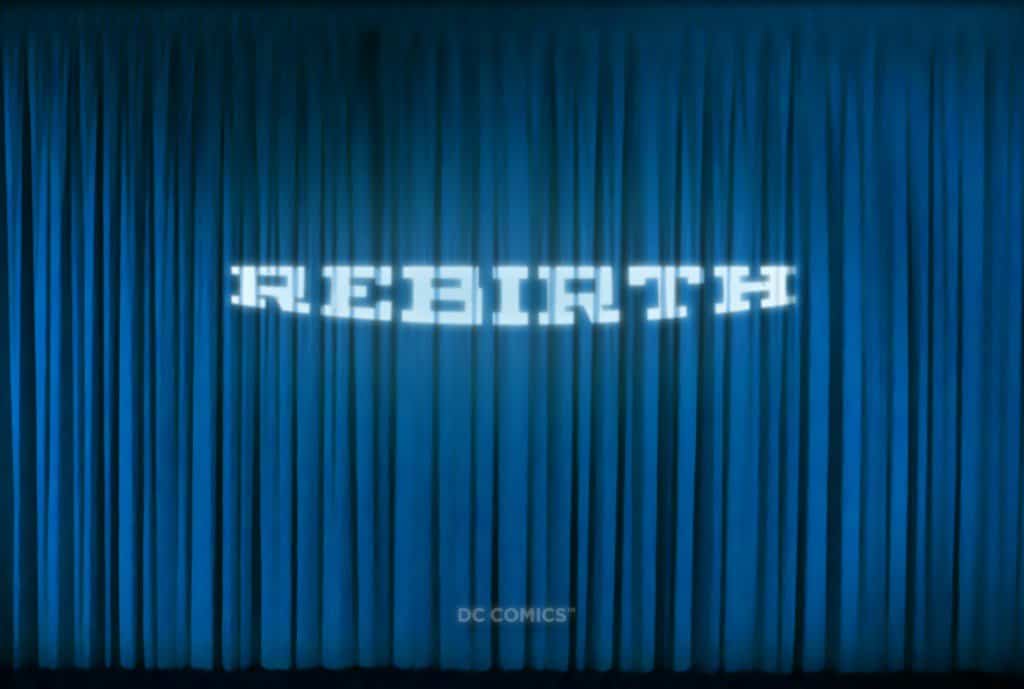 In late January, DC Comics’ editor Dan Didio tweeted this mysterious image. Almost immediately, the internet started doing what it does best: wildly speculating. The most common interpretation was that this was the beginning of the end for DC’s current comics universe, referred to as “the New 52”. The controversial new continuity timeline began in 2011, when DC hit the reset button on their entire comics universe, relaunching every title with younger, hipper versions of their iconic characters. Not a single pair of over-the-spandex-underoos survived the event. Green Arrow’s mustache was lost, taken from this world before its time. Ted Kord….they took Ted Kord from me.

And virtually since the day after the New 52 launched, a vocal contingent of the DC fandom has been pining for the good ‘ole days and hoping that DC would call a mulligan, returning the classic DC continuity to comic stands. Now, with a new video from Johns released, supposedly claiming that the mystery behind “Rebirth” has been revealed…….we can all keep speculating, because it honestly doesn’t clarify much.

The video, hosted by DC’s Chief Creative Officer and longtime writer Geoff Johns, is more of a recap of Johns’ own recent DC-doings, from his revamping of Green Lantern in 2004, to his spearheading of the implementation of the New 52 continuity in 2011’s Flashpoint miniseries. The running theme in Johns’ monologue seems to be his passion for getting to the roots of the characters he writes, and returning them to the status quo. Under Johns, the long-dead Barry Allen and Hal Jordan versions of The Flash and Green Lantern came back to life to reclaim their lost mantles, and apparently that motif of returning characters to a more recognizable, iconic state is a big part of Rebirth.

But for those hoping for a definitive idea as to what exactly Rebirth is may find that the video falls short. Is the New 52 continuity going the way of the dinosaurs? Will we return to the old timeline, as though nothing happened? Johns doesn’t specify. A new version of the teaser post insists that “it’s not a reboot, and it never was”. But what does that mean, exactly? At this point, comic fans should probably be used to industry doublespeak about what exactly is happening to their beloved characters and universes. For now, the speculation about what exactly the state of the DC Universe will be after Rebirth will have to continue. If DC wants to maintain the kind of symmetry between their movie and comics universes that’s been in vogue in comics of late, we probably won’t be seeing the kind of drastic return to form a lot of the fandom is hoping for. But maybe, if we hope really hard, this might end up with a DC comics landscape we can all be happy with.

Check out the video below and let us know what changes you want to see made.

[UPDATE] Green Arrow’s mustache was recently spotted in an upcoming Legends of Tomorrow episode. If you have any further information as to its whereabouts, please contact your local police department’s Missing Facial Hair Department.