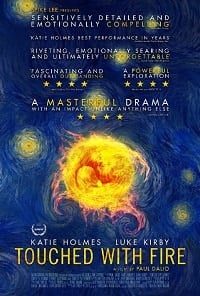 Touched With Fire, the directorial debut from writer/director/composer Paul Dalio, is a work of passion and pain. A sufferer of bipolar disorder, Dalio takes us deep inside the manic brain; a place where invincibility and creativity co-mingle in dangerous and fascinating ways. More than this, however, he captures an unusual romance story that highlights how love can both subdue and enable our inner demons. The contemplation of insanity’s pull on artistry doesn’t break any new ground, but huge performances from Katie Holmes and Luke Kirby make the desperation feel uncomfortably real.

Carla (Holmes) is a struggling poet. She reads from her book of poetry at an open-mic night, trying to ignore the anonymous snickering beyond the stage lights. Once, a long time ago, she held her eyes open and stared at the sun. Whether that triggered her crushing bipolar disorder isn’t certain, but Carla can’t remember a time afterwards when her unquiet mind felt at peace. Her mother (Christine Lahti) and father (Bruce Altman) help as best they can, encouraging Carla to stay on her medication regimen, but they can’t understand her isolation. Only when she awakens in the middle of the night, feverishly transcribing the rantings in her brain, does Carla truly understand how alone she is.

That’s when Marco (Kirby) explodes into her life. Marco is a performance artist who expresses his mania through drawings and verse. Unlike Carla, who openly struggles with her identity as a bipolar sufferer, Marco embraces the artistic unpredictability of his illness. His free-form raps bristle with an anarchic energy that flows into his personal life, as well. When his father (Griffin Dunne) remarks on the piles of books strewn about his apartment, Marco informs him that each book is strategically opened to the appropriate passage for maximum efficiency. He breaks into buildings and stalks rooftops in preparation to leave this world and return to his “home planet.” In Carla, Marco finds another astronaut hopelessly adrift in the void of their own mind. 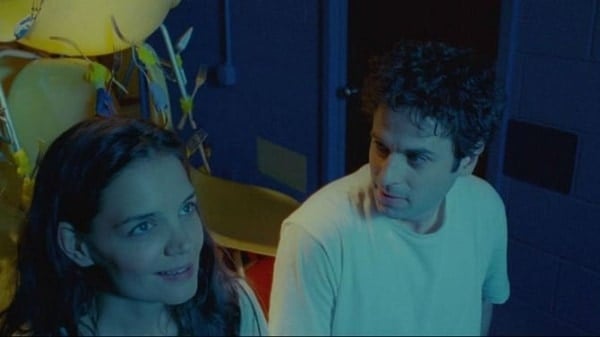 There isn’t enough room in this article to list all the movies featuring characters in the throes of depression. Less prolific are the stories about the cacophonous mania that often accompanies it. The reason, presumably, is the inherent difficulty of telling such a hyperkinetic story without unintentionally glamorizing it. Mania might be portrayed as the unfiltered indulgence of every whim and desire; an expression of freedom that seems (to the unaffected mind) like an ideal state of being.

Writer-director Dalio pushes that fine line between glamorization and realism to the very limit. Structurally, he’s on very solid footing, breaking his film into seasonal chunks that carry us seamlessly through the peaks and valleys of bipolarism. This also gives Touched With Fire a dynamic visual look, with each season (Autumn, Winter, Spring, and Summer) adopting its own color palette, tone, and pacing. 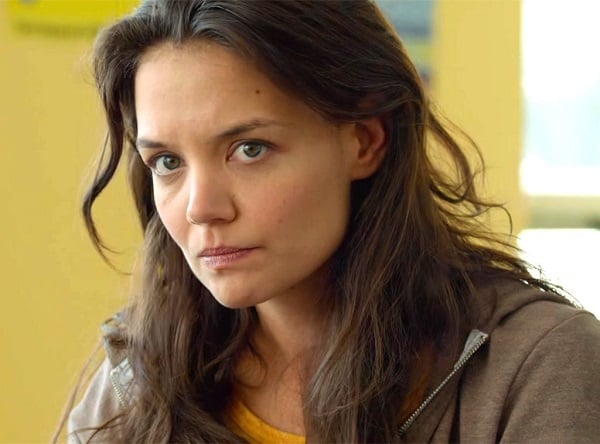 Dalio loses his way in the script, however. Working from the novel by American psychologist Kay Redfield Jamison, Dalio presents a compelling argument that mania is a focal point of creativity for afflicted artists, citing famous examples ranging from Lord Byron to Vincent van Gogh. Whether or not this is Dalio’s intention remains somewhat murky. He clearly has something to say about the importance of medication and personal responsibility for treating one’s illness, but that message is constantly challenged by Marco’s inspired creativity while un-medicated. That you can sense Dalio’s conflicted feelings on the issue infuses Touched With Fire with a precarious vulnerability. While this undermines the intellectual themes of the film, it makes the love story between Marco and Carla even more volatile and delicate.

The central dynamic between the lovers is fascinating; they couldn’t be any more different, and yet they are inextricably linked. Carla’s morbid self-consciousness is challenged by Marco’s freewheeling engagement with the world. It’s a simultaneous feeling of elation and dread as you watch Carla emerge from her own shell, only to be sucked into Marco’s delusions. Together, they experience an unbridled love affair filled with emotional crescendos. It’s a beautiful, inspiring, and depressing relationship that is nurtured by the mutual destruction of its lovers. This vivid range of emotions automatically sets it apart from most standard romance yarns, and forces you to question if true love is always the best option. 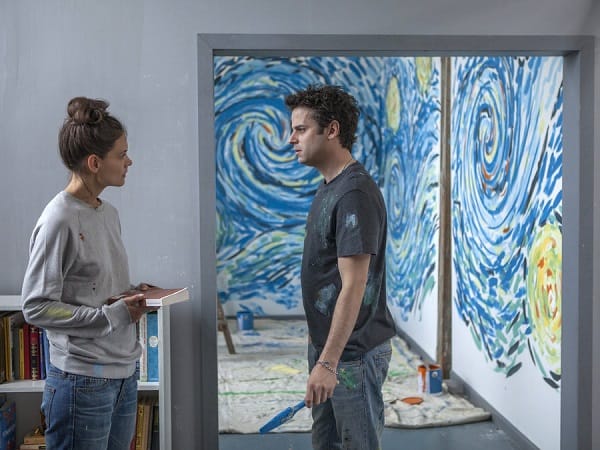 The performances by Holmes and Kirby are nothing short of revelatory. Holmes has never been better, always teetering on the line between lashing out and completely disappearing. You feel her understated sadness growing, even as her relationship with Marco continues to flourish. Kirby tackles his mania-laden roll with bravery and honesty. One is reminded of Mark Ruffalo’s breakthrough performance in You Can Count On Me, as each line is delivered with an uncanny mixture of sincerity and impunity. While the film never quite reaches the level of emotional resonance that it craves, the chemistry between Holmes and Kirby keeps their relationship thoroughly compelling.

Perhaps it’s fitting that Touched With Fire paints such a conflicted picture of bipolar disorder. By its very nature, bipolarism is an illness that defies easy description, analysis, or treatment. It sometimes takes years to dial-in the proper medication levels, and many patients don’t survive the journey. Touched With Fire may blur the link between mania and artistry, but it’s riveting to watch two afflicted lovers carve out their own tormented corner of the world. Often, their love quenches the flames, while other times it fuels the burn. Perhaps the sad truth is that you must learn to embrace the fire before you can share it with some else.