Certain actors have outrageous demands to be featured in a film. However, are there any regulations they must adhere to just like other crew members? The set of a TV or movie is similar to any other workplace regarding staff regulations.

Everyone is valued and has a role to play in the final product, even though certain tasks are certainly more prominent than others. The director is usually the head of the department, and each department has a director to whom they report.

Do movie stars get to keep the clothes they wear in movies? Most of the time, not particularly. In the case of costumes for the period drama genre or which are extremely expensive or unique, they’re usually rented out or specially designed for the film in conjunction with a costume company to provide additional rentals for other film productions.

Actors and their characters’ clothes 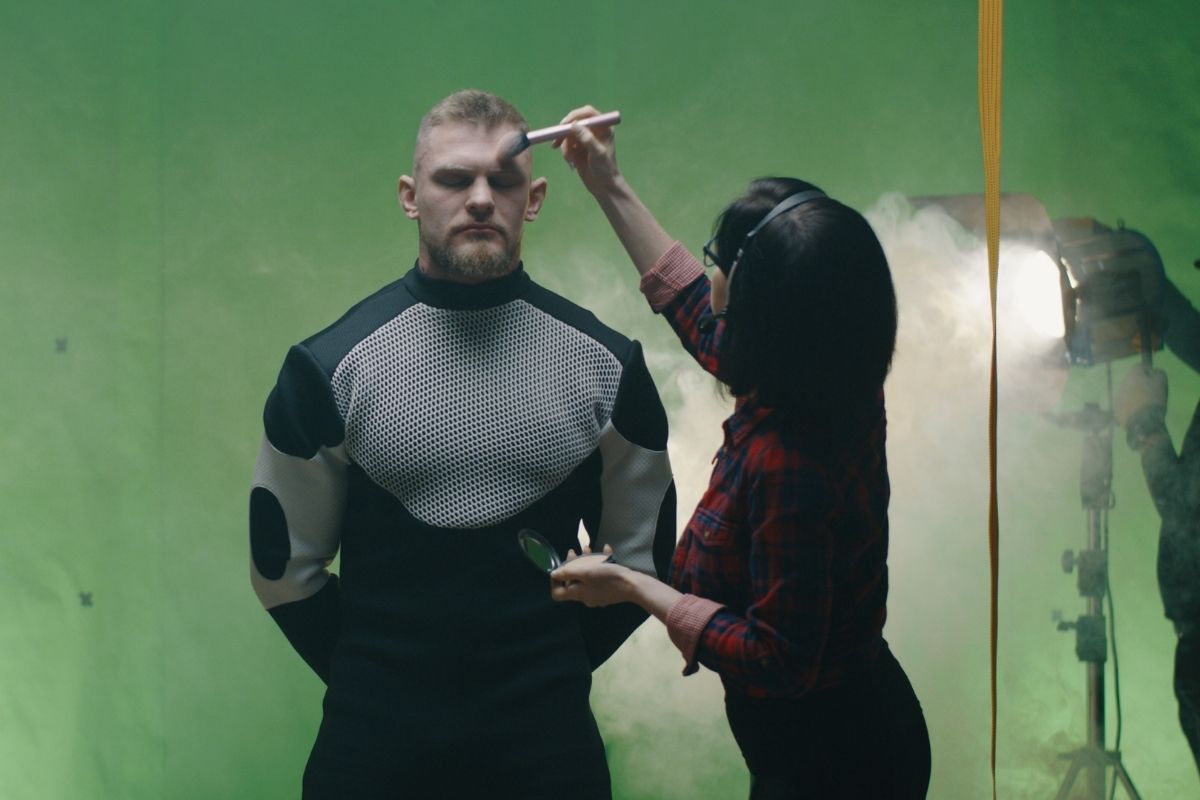 If it’s not a fantasy or period film, brands often provide clothing and other accessories for the principal actors in exchange for credits. These usually need to be returned unless an agency or PR for the company is extremely generous and allows them to keep the garment.

Sometimes, clothes are purchased off the rack. If a performer sucks up to the costume department, though, they may be allowed to keep some items with the approval of the production department.

Often, since costumes are made for characters and do not necessarily fit their appearance, the actors don’t want costumes in the first place. (And even though it’s infrequent, some steal or keep items too-what I like to call’ borrowing continuously’).

In fantasy or period films, costumes for principal actors are explicitly designed in collaboration with a supplying outfit company that keeps the costumes after the film has finished filming to rent for productions in the future.

Costumes for smaller parts as well as additional characters are generally hired.

In the modern film world, clothing is either leased by brands for exposure or credit or purchased from the store. In the first instance, they are returned, although the brands could offer certain items to actors.

In the second, they become the production company’s property and are inventoried, but when an actor makes a request, they may be allowed to keep some item.

Of course, a well-known actor is likely to receive a costume either because they love the particular dress or want to keep it as a keepsake.

What happens to actors’ clothes after production has ended? 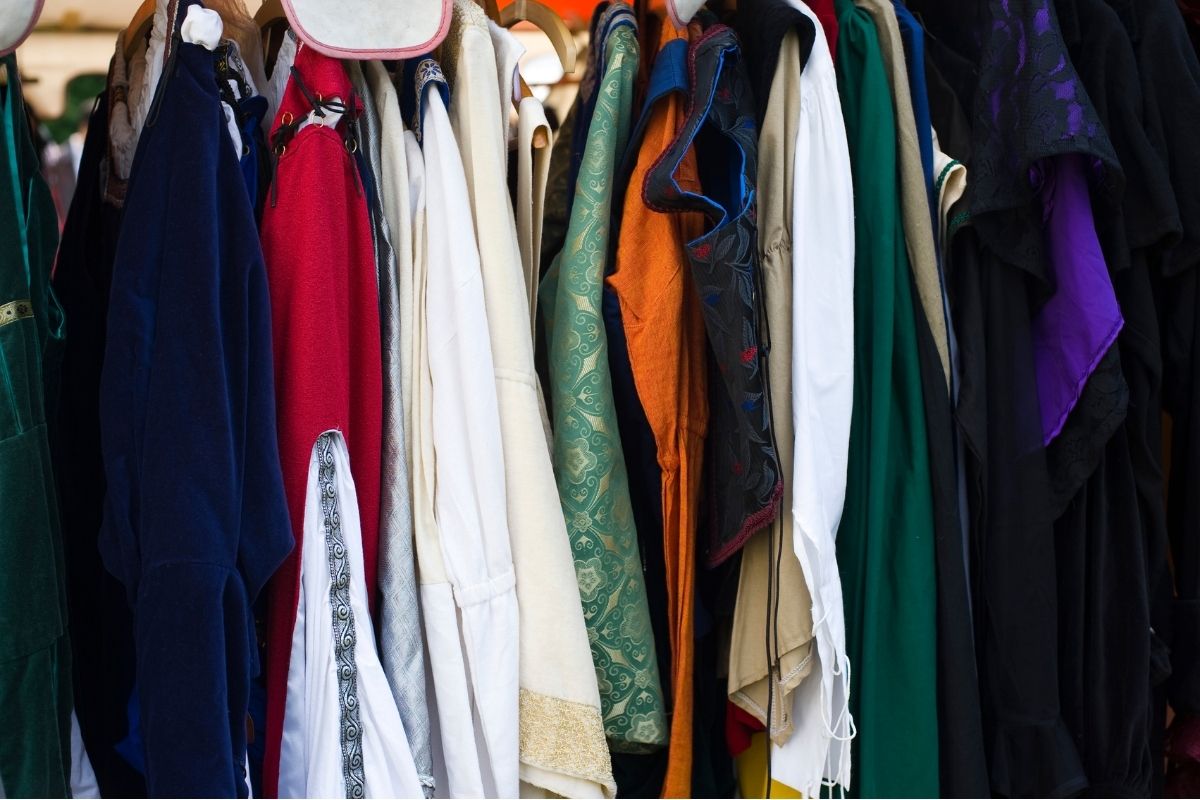 The production company owns most of the costumes unless it’s something that actors wear. All costumes are kept by the company that produces them. The costumes are then auctioned off, and some generic outfits are sold or used.

The majority of studios actually have a rental division that rents the costumes and props. It’s a secondary source of income. They have massive storage facilities for this type of item. For instance: here’s the link for Warner Bros costume department.

It’s also important to note that it’s not difficult to change a costume to look totally different. I knew a lady who worked as the main seamstress of a theater production company in California. She did this often instead of paying to design new costumes.

In addition to the ones mentioned above, I have also seen them in theatres in Los Angeles and at moving exhibitions regarding certain movies.

For example, I was lucky enough to see an itinerant Star Wars collection that included Yoda, a Darth Vader costume, and several stormtrooper costumes.

The exhibition also included miniature models of tie fighters, X-wings, Y-wings, etc., and props such as droids and lightsabers.

The exhibit was set up like a museum exhibit with miniatures set on pedestals and larger pieces set with glass or red ropes and the printed description of each item. (It was really amazing!)

In addition, for films and television shows that have more ordinary costumes, actors may be allowed to keep their clothes. For example, the actress and lead star of Sex and the City’s Sarah Jessica Parker said of her character’s clothes on the show: “I kept every single solitary thing.”

When actors’ clothes reach the end of the line 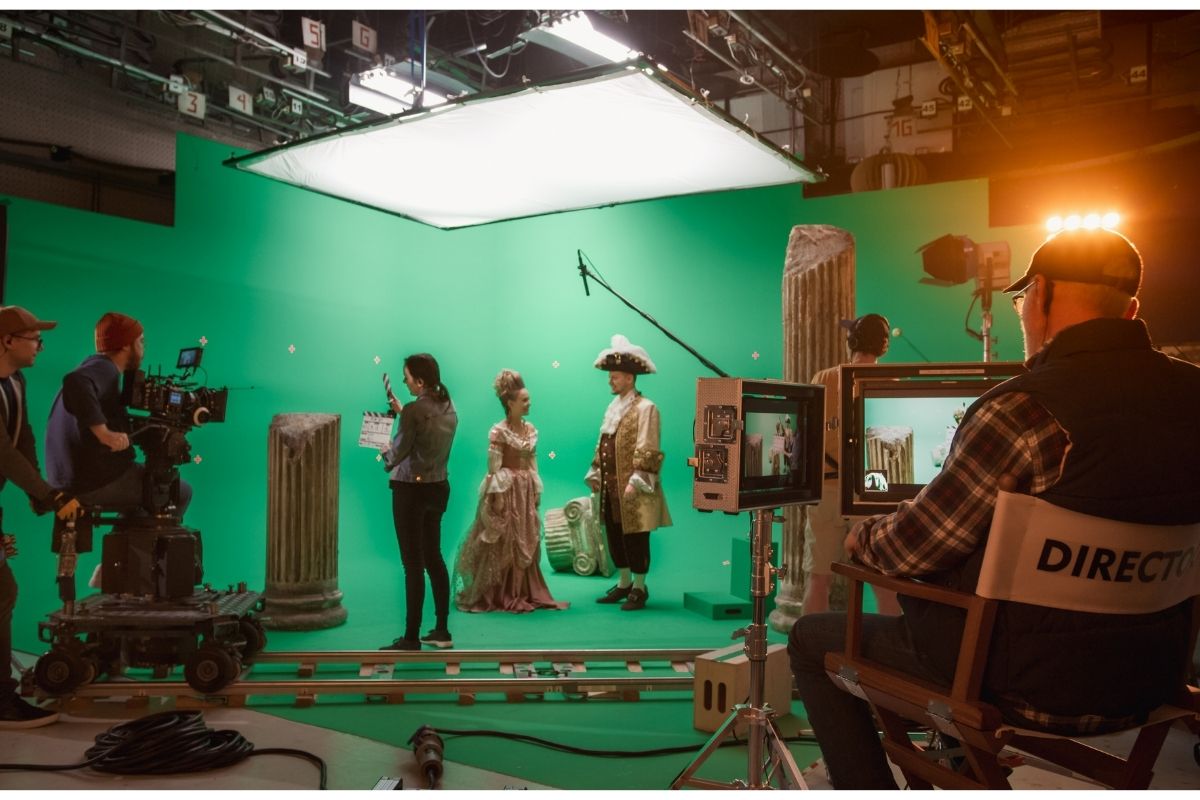 It’s a business, not a hobby

Where do costumes on set or on stage go? The answer isn’t as thrilling as we’d like them to be, principally because TV shows and films are business ventures. There are accounting teams, as well as precise asset tracking.

Costume departments do not have any control over what happens to clothes. It’s all left to the producers and the company (Sony, HBO, etc.)

Most studios adhere to the principle that no asset should be purchased, promised, or offered by anyone other than the executive producers. All items are kept until all edits are finished.

Many of the major studios, including Disney and Warner Brothers, have their own in-house rental companies, and everything is filtered through those. Studios may also transfer inventory across shows from one to the next.

When HBO’s Vinyl was canceled for another season, lots of its clothes were donated to The Deuce. Television shows seldom eliminate anything until they cancel the show. Every item is recorded and cataloged between seasons.

The clothing of the principal actors is stored within their closets. Even if the item is not seen again in an episode, it remains because it might appear in a flashback.

All assets, including clothes, are closely tracked and monitored

The thing that most people do not realize is that everything purchased by production gets documented. The shows are usually established as limited liability companies exclusive to the show. Typically, they are owned by a major company, for example, HBO, Sony, or ABC.

However, each show has its own budget, and therefore, each show is responsible for every item of clothing. Accounting departments track all clothing and classify items above an amount (usually 100 dollars) as an asset, meaning they have to know where items are at the end of each shoot.

They usually have their own tag systems so that when wrapping up a shoot, it’s easy to identify all items (accounting produces a list that is marked off, with the exact location of each item noted). Sometimes it works, but sometimes it doesn’t.

Actors’ clothes that studios hang onto as investments

Sometimes, studios will offer items through auction houses or businesses specializing in selling film costumes and props, like Prop Store or It’s a Wrap, both located in Los Angeles.

Auction sites on the internet offer the only chance for those who aren’t in the business world to purchase costumes or props. Sometimes, crew members who end up in possession of items from the show might decide to sell them off on eBay. However, it’s pretty unusual.

Producers or studios keep costumes that could become a major deal later. The majority of studios have a lot of archives and storage. Robert Rodriguez, for one, has a large amount of his film material on display in Texas.

When I was working in the wardrobe department for his films, we’d have to spend time putting things in the boxes for wedding dresses to store his ‘archives’.

Memorabilia that’s available to purchase, or auction is typically the result of or by a designer, producer, or a big-name actor or actress choosing to dispose of a portion of their own collection (or is the consequence of an estate sale following the death of their loved ones).

A costume designer from Los Angeles noted that back when there were indie films, actors could keep some of their costumes. In particular, she remembers Dead at 21, MTV’s very first scripted show, in which actors received a lot of promotional material.

She recalled that actors and actors were getting clothes of all kinds of clothes from numerous companies, all eager to be in the show. But, Susanna Puisto notes regretfully that ‘those days are over, however.’