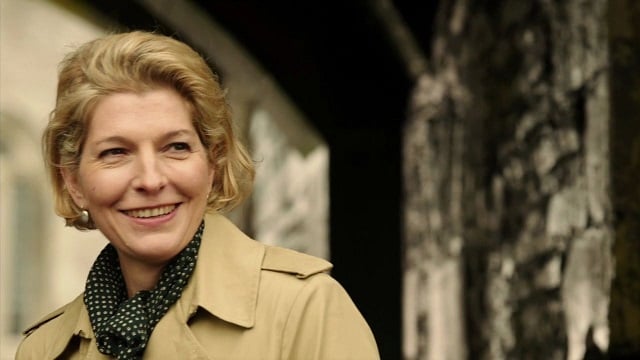 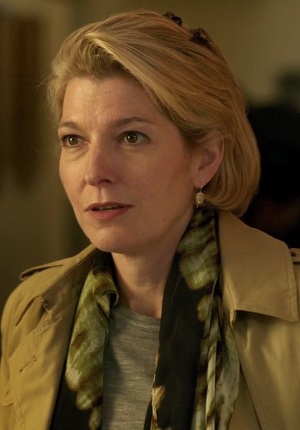 Background: Kate Stewart is one of the leaders of UNIT, rising through its ranks to become the Head of Scientific Research and working to restructure it to follow her father’s advice that, “science leads”.

Family/Friends: Kate is the daughter of classic series Companion Brigadier Alistair Gordon Lethbridge-Stewart and his first wife, Fiona. Though she speaks of her father fondly (he passed away fairly recently), we know very little else about her family or friends.

Personality: Kate is intelligent, thoughtful, and very professional. She is efficient and somewhat brusque in her demeanor, but she also has a quiet smile and a playful, if dry, sense of humor and much like her father, is made of stern stuff, willing to go to great lengths to protect humanity.

Highlights: Invoking the Brigadier, plus what her very presence as the head of UNIT says about its development and priorities. Also, her introduction of the Black Archive to Clara is delightful, even if this is ZygonKate, rather than the original

Lowlights: While her mentions of and a reverence for the Brigadier are very much appreciated, Kate needs to be her own person, rather than someone defined solely by her relationship with her father. This balance is maintained nicely in her first appearance, teeters closer to the edge in her second, and could easily become too much in a third, depending on how she’s written. It’s not a lowlight per se, so much as something to keep an eye on.

“Think about it: Americans with the ability to rewrite history? You’ve seen their movies…”  “The Day of the Doctor”

ZygonKate: “You’re bluffing.”
Kate: “You really think so? Somewhere in your memory is a man called Brigadier Alistair Gordon Lethbridge-Stewart. I am his daughter.”  “The Day of the Doctor”

Other notes: Kate is a rarity in the series, a character first introduced in the extended canon and then brought to the televised show as a continuation of the character, rather than in a retelling of the same (or a very similar) story.