The Nintendo Switch has been in demand since it’s release in 2018. As of 2020, Nintendo has sold over 61 million Nintendo switches worldwide.

Due to its popularity, the Nintendo Switch has been hard to find, selling out quickly as soon as it hits shelves. Within a few months of its release sales of the Switch had already massively outpaced the lifetime sales of Nintendo’s previous console the Wii U.

With the release of the Nintendo Switch, Nintendo rectified the mistake it made when the Wii U was released. The Wii U suffered from a lack of titles due to the difficulty developers encountered in developing games for it. With the development of the Switch, Nintendo used software that is more standard making the console easier to design for.

Since Nintendo had dealt with 3rd party developers to design games for the Nintendo Switch, it has an extensive game library. Along with the Nintendo first-party games, there are over 300 titles from outside developers.

Have you been hearing about the Switch, but late to the party in getting a console? Even though it has been out for several years, it can still be difficult to find a Nintendo Switch.

New and used units are both in high demand, and if you see a deal you need to act on it quickly. Do not try to find a used Nintendo Switch thinking you will save money. The used consoles are also in high demand, and the prices reflect this. To help make the search easier for you we have compiled a list of places where you may be able to find a used Nintendo Switch Online.

What Is The Nintendo Switch

In case you are someone who has been hearing about the Nintendo Switch, but you aren’t exactly sure how it works or why everyone is telling you to get one, this section is for you.

The Nintendo Switch is the 8th generation console gaming unit released by Nintendo. It is a hybrid console that you can travel with. The main portion of the console is a portable unit that looks like a tablet. The LCD screen is 6.2 inches.

Your best chances for finding a Nintendo Switch may be trying to find a used one online. Be aware of price gouging. Due to the high demand some retailers and sellers have marked the prices up to beyond a reasonable price point for a used console. 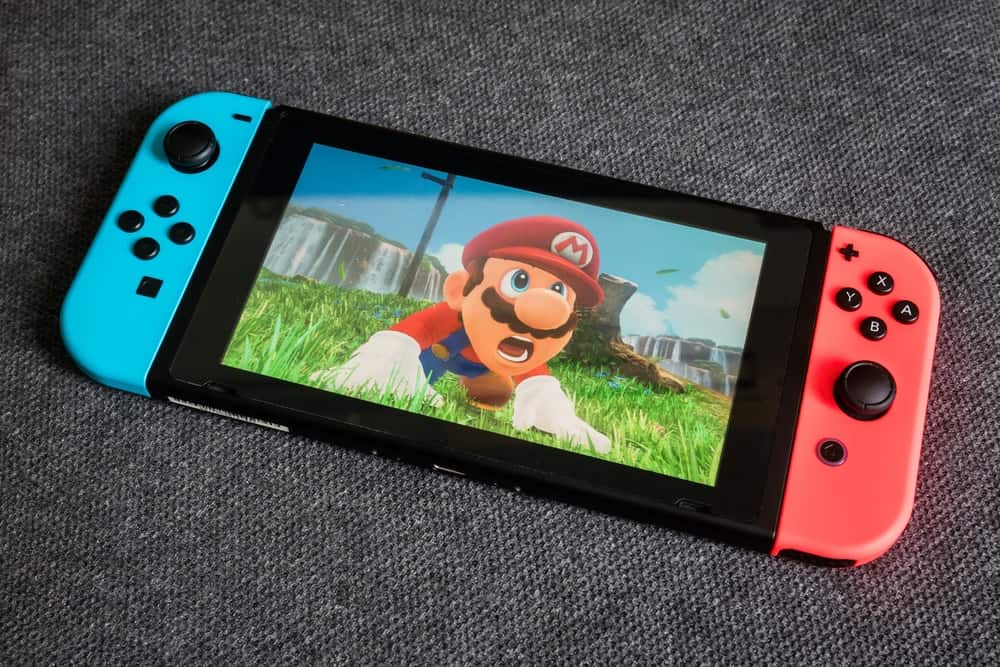 Swappa is a site designed for people to sell their gently used electronics. The transitions are completed between the buyer and the seller, and all payments are securely submitted through Paypal.

The items listed on Swappa must be in good condition, and there is a list of requirements they must meet to be listed on the site. To find a Used Switch on Swappa, click the search and it will give you a list of all the sellers, and the price they are asking.

This listing method allows you to directly compare prices to get the best deal. Each seller also has a rating next to them, so you can complete your transaction with confidence.

Gaming giant GameStop offers pre-owned Nintendo Switches for sale online. All items are guaranteed to work, but the listings do not include a picture of the actual item.

Unfortunately, this means you have no idea what condition the Nintendo Switch is in before you purchase it. There is also no description of the item available. Some used Switches may only be available for in-store pick-up.

eBay is a place where you can find listings for almost everything. You can find Used Nintendo Switches and accessories online.

Many of the sellers on eBay have marked up the used consoles they are selling extremely high. Take a while to browse before you pay twice what the console sells for new.

Facebook Marketplace may be a good place to find a used Nintendo Switch. You can contact the seller directly to inquire about the condition of the console, and you may be able to bargain with them. 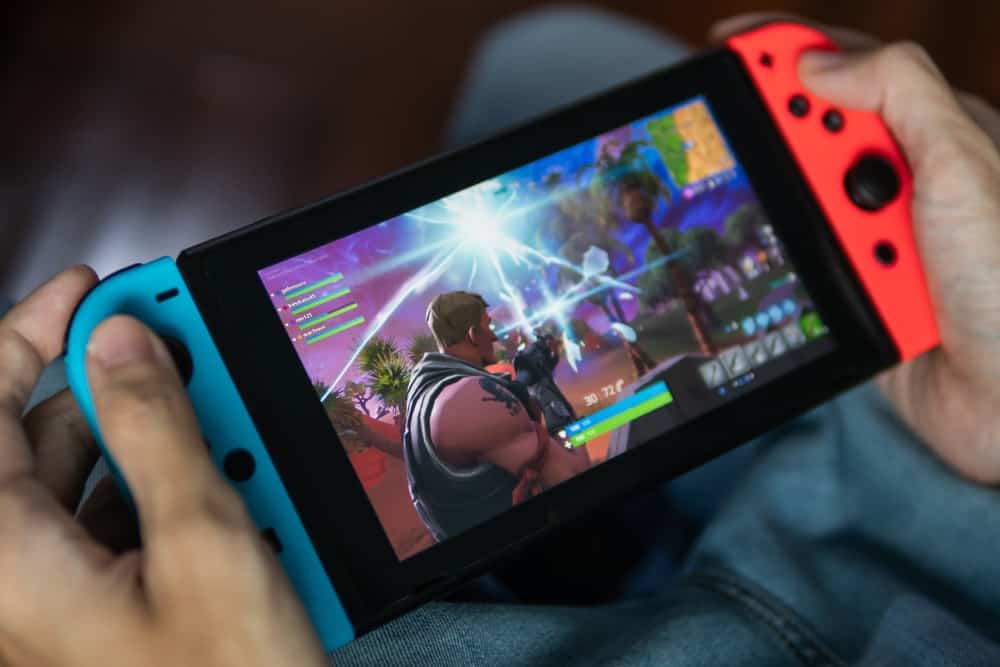 Like Facebook Marketplace, with OfferUp you are dealing directly with the seller, without any guarantees about the condition of the console.

There are used Nintendo switches for sale, but if you take a while to hunt through the listings, there are many people who have posted their used Switch for below the cost of a new one.

The Nintendo Store is a great source to find a used Switch. It may even be the best place to get a fair price.

Their used consoles have been refurbished. You may need to keep checking the website to see if they have any posted for sale. Because of the demand, they sell out quickly.

Back Market specializes in selling refurbished electronics. They sell Nintendo Switches that have been refurbished so they work as well as new. They include a 12-month warranty on their refurbished products and offer free shipping. 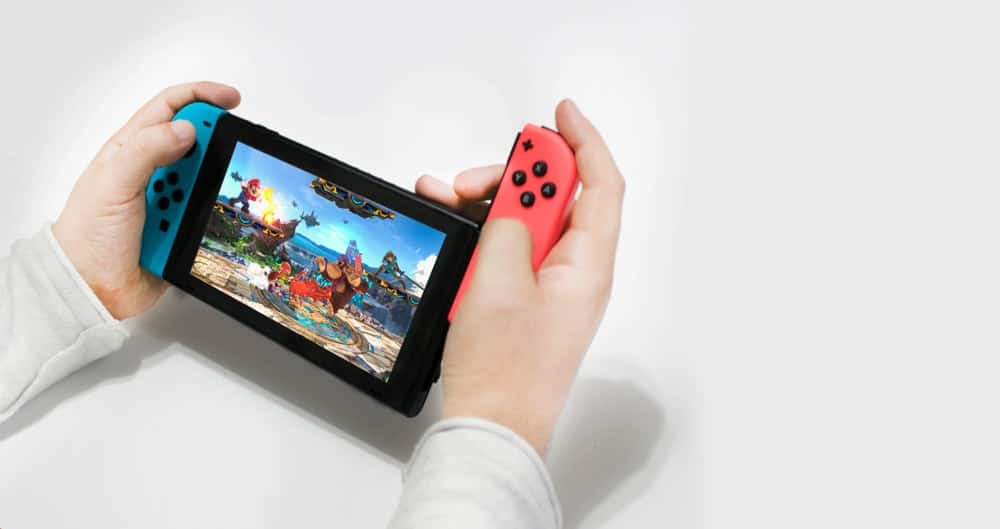 Newegg is an online eCommerce site that has a specific focus on technology. They have a small selection of used Nintendo Switches available, but their availability will vary. Their used consoles have a detailed description of the condition of the item.

The demand for the Nintendo Switch is partially due the recent pandemic and the requirements for people to stay home.

This has led to an increased demand for things to do from home. Manufacturing has also slowed, meaning many things are not being produced in large quantities, and it is taking them longer to ship as well.

Even as companies adjust and manufacturing starts back up, the components necessary to build the Switch are still difficult for Chinese manufacturers to acquire because of shutdowns in Malaysia and the Philippines where these parts are made. 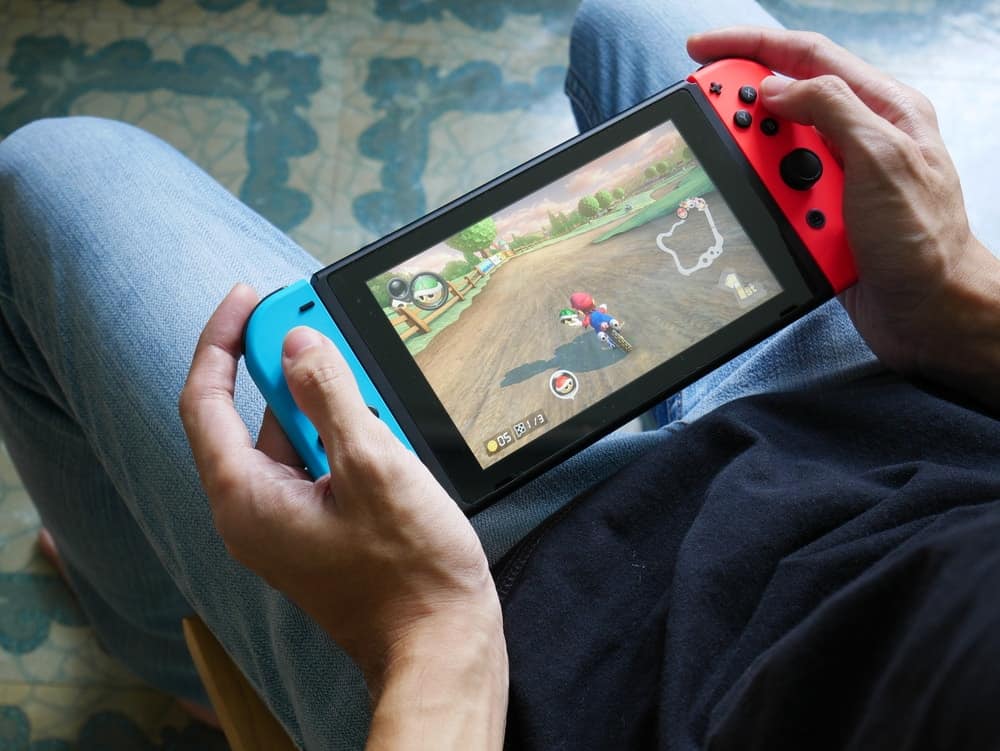 Another issue, according to Forbes, is that bots are buying up the stock of Nintendo Switches as soon as they are available. They are then sold by resellers at massively marked-up prices. Due to the shortage, people are willing to pay these prices, continuing the cycle.

Second-guessing buying a Nintendo Switch? Find out how you can actually benefit from playing video games here.