As Avengers continues to dominate at the box office, many in Hollywood are undoubtedly hard at work trying to put their fingers on just what it is about the film that has triggered such a massive fan response. Yes, it’s well written, yes, it’s fun, and yes, it comes from a known property, but one of the most important ingredients to the success of Avengers is the legwork Marvel put in to establishing their Universe. After the past several years of Marvel summer blockbusters, fans have a built-in connection with the film and the characters therein. They’ve seen corners of this world in each of the films leading up to Avengers which has only piqued their interest to see how each of these pieces come together and play off of each other.

This attention to detail and world-building over several films is incredibly rare in cinema, but far more common in television. Many shows, particularly genre ones, create intricate, large worlds for their characters to inhabit. Some expand this with creatures (a current example being Grimm) while others embrace their audience and develop ARGs (Alternate Reality Games the audience can participate in, such as the ones the Lost team ran). One of the most successful ways to give a series a strong sense of realism and specificity is to build up an extended guest cast- characters who pop up here and there over the run of a series when needed, giving the show a greater sense of permanence and history than if, to bring it back to Avengers, the various team members dealt with different SHIELD liaisons, rather than always working with Agent Coulson. Here are five shows that have world-building down to a tee along with a sampling of the periphery characters that make them so successful. 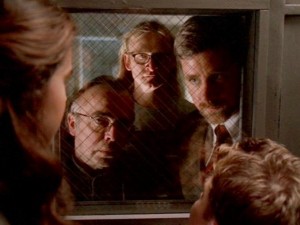 World-building: The X-Files was one of the early series to balance standalone, procedural episodes with longer-arced storylines. While the standalone episodes take Mulder and Scully to various places around the country and introduce them to characters that almost never recur, within the serialized episodes, there is great continuity of characters and actors. Various antagonists and allies pop up as necessary to propel the story and to keep the characters, and audience, grounded in this world of wide-reaching conspiracies. Having something to hold on to, a few faces, if not a names, for the men negotiating the smoky back-room deals, gives viewers a foothold in what could be a rather complicated and confusing series. 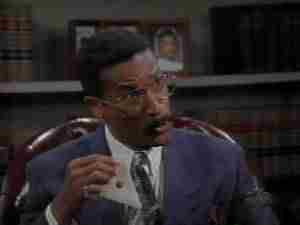 World-building: Seinfeld is filled with interesting and colorful characters. Set in New York, it makes sense that so many episodes feature memorable one-time guest stars, but while it can be easy to meet lots of diverse, engaging people in such a large metropolitan center, it’s also surprisingly common to run into people you know and haven’t seen in quite a while. With its large recurring cast, Seinfeld captures this aspect of city life well. These characters also give the series a strong sense of history such that when it was time for the series finale, the list of guest stars they were able to bring on was frankly ridiculous. Fans may disagree about the effectiveness of the finale, but the extent of the community the writers established for their characters is nothing short of impressive. 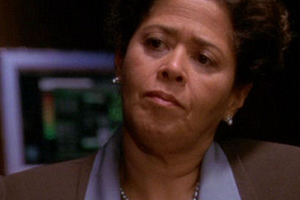 World-building: The West Wing may be one of the series with the largest ensemble casts ever assembled for television. What puts it on this list, however, is not the widely developed day-to-day world of the show, but those familiar faces who pop up sparingly and as needed over the course of the series. Most of these are professionals, experts called in for one reason or another when the story demands it and bid farewell by episode’s end, to return the next time the main characters need a lawyer, psychologist, or Air Force One pilot. Keeping these characters, and actors, as constants on the fringe of the West Wing universe not only gives the viewers through-lines over the course of the series but also provides realism, as trusted advisors at this level tend to be a rare, and valued, commodity. 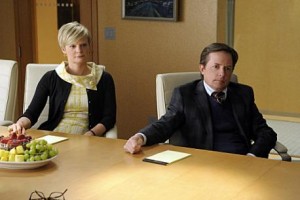 World-building: The Good Wife, like many legal procedurals before it, has built up a stable of characters they can draw on to liven up potentially mundane court scenes. Unlike its predecessors, this show brings back opposing council, judges, experts, and clients on a semi-regular basis, giving distinct personalities and quirks to each as well as establishing relationships between these periphery characters and the main cast. While they often bring in recognizable actors for these roles, this very rarely feels like stunt casting, due to the strength of the writing. As with any high-level profession, there must only be so large of a pool of Chicago (the show’s setting)-based lawyers to draw from, so this not only establishes a rapport (and win-loss) record for our leads, but it also makes complete sense and adds to the believability of the world. 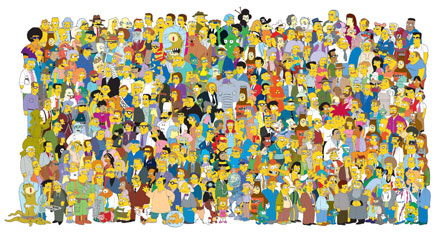 World-building: The Simpsons, due to its longevity and evergreen animation, has had the perfect platform from which to build a massive, seemingly endlessly interconnecting cast of bit characters for the writers to draw upon, putting it easily at the top of this list. The Wikipedia entry for the show’s recurring characters has over 120 entries and this will undoubtedly climb as the series continues its run. For viewers familiar with these smaller characters, the episodes can often also double as Spot the Extra, as the animators tend to people the backgrounds of scenes with preexisting characters, rather than creating new ones constantly. This makes Springfield, despite the literally hundreds of characters we know there, feel like a small town and gives it a sense of completeness, as well as familiarity, that is both entertaining and comforting.

What is your favorite cast-driven TV Universe? What current series would most benefit from embracing this concept? Can any series ever top The Simpsons? Post your thoughts below!