On Halloween, the tradition is to indulge in films replete with monsters, zombies, and creatures that go bump in the night. But those types of films don’t always provide the psychological terror cineastes may be craving. International and alternative cinema has always been willing to tread where conventional genre cinema dares not be it in films with strong themes, abrasive tones, or emotional depravity. Halloween can be a time not just to indulge in slimy viscera, but in the general suffering of humanity. These are eleven films whose punishment of the viewer with intense emotions and ideas make them not unlike horror films. 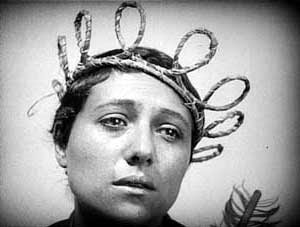 The original king of despair, Carl Dreyer didn’t just gravitate toward miserable material, he embraced it with a technique so perfected, it felt predestined. In The Passion of Joan of Arc, a film consisting almost solely of close-ups, Dreyer tightens his lens on Maria Falconetti’s delicate face. As the martyr charged with heresy, the actress delivers a silent performance that is pure emotion. Day of Wrath depicts a conflicting scenario between love and faith–the doomed affair between an elderly priest’s second wife and his son set to the backdrop of actual witch hunts in 17th century Denmark. If Passion is Dreyer’s most clinical film, Wrath is his most lyrical. Both exhibit textured lessons in how flawed human beings are unable to retain faith in the face of oppression.

Ingmar Bergman excelled at sparse chamber dramas, but perhaps no other film in his oeuvre debilitates its viewer more than his most striking color film, Cries and Whispers. Described by the director as “an exploration of the soul,” the film’s late 18th century story involves a cancer stricken woman being visited by her two cruel sisters, and in turn, seeking comfort from her bedside housemaid. Awash in saturated reds contrasted by pearly whites, this is the film Bergman had been reaching for his entire career, a culmination of the formalist elements of his style–constrictive mise-en-scene, fusion of past and present timelines, and performances so naked that they become emotionally assaultive. What results is a suffocating melodrama where the agonizing throes of death are nothing less than a plea from the dying to the living to make good on the gift of life. 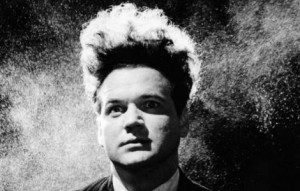 David Lynch’s first film is either a sickening allegory of fatherhood or just a grating geek show. Whichever, his surrealist take on the miracle of life leaves much for the imagination. Jack Nance is the not so boastful father, an industrial drone in a post-apocalyptic future who loses all hope for a better life after his wife gives birth to a mutant baby and leaves him to raise it. With the father’s suicidal thoughts and fanciful hallucinations, and the child’s awful wails wringing through his ears into the night, you don’t know whether to chuckle or shriek.

In this near apocalyptic vision of the Nazi genocide in Belorussia in World War II, director Elim Klimov crafts a dizzying aural and visual landscape for one child Partisan’s unbearable loss of innocence. Unforgivable terrain, whirling bullets, fire raids, mass graves, and zealous Nazi death squads overwhelm the character and the audience. In a Kubrickian touch, Klimov has his actors stare directly into the camera, a decision that actually strips the film of any artifice by deliberately involving the viewer, asking he or she to mourn the empty looks of human beings stripped of their souls. 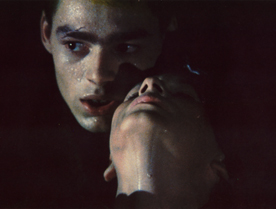 It’s practically plotted and paced like a horror film, and on the surface, Agusti Villaronga’s sickening morality play offers the atmospheric dread and cinematographic decay of some of the masters of suspense, but In a Glass Cage‘s real history casts a shadow longer than any fictional nightmare. The showdown between a former Nazi pedophile confined to an iron lung after a suicide attempt and his nurse, a former victim who has returned for his revenge, carries an emotional weight uncharacteristic of exploitation cinema. The film doesn’t force us to sympathize with a child murderer or the man who takes up his mantle to punish him, it merely presents a scenario where a culture of inhumanity still lingers and the youngest (and most innocent) among us may not just be collateral damage but heirs to the sins of the past.

Austrian director Michael Haneke has had plenty of sick fun in films like Funny Games, but his manipulative propensity is most present at the start of his career as well as its height. Like a twisted anthropologist, Haneke is at his best when he’s making the bourgeois self destruct. In The Seventh Continent, he takes a literal approach, chronicling one family’s extrication from society’s material hold. In Cache, a family is terrorized by innocuous video tapes of surveillance footage of their home. The former is an experiment in the sadistic punishment of the complacent middle class; the latter is a film that builds to an end that never comes. Notable though is Haneke’s interest in how the privileged carelessly abuse their children in ways deliberate and inadvertent.

Danish provocateur Lars Von Trier has no qualms about degrading his characters. In Dancer in the Dark, Icelandic singer Bjork is an unusual yet uncanny choice for the role of Selma, a Czech immigrant living in Washington in the 60’s, whose naivete puts her in a precarious situation that leads her to be wrongfully accused of murder. Trier takes pleasure in his obvious contrast between Selma’s cheery musical fantasies and the stark injustices of the real world–notably the American legal system–reminding the audience that there is no applause and no bows after the final curtain draws. 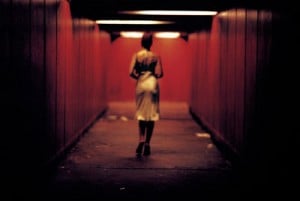 In the backwards timeline of Gasper Noe’s unforgettable film, the story ends, as most stories are expected to, at the happy part. This only tempers the tragedy of a woman’s horrible rape and her boyfriend’s ill advised revenge with a sickening air of regret, more in tune with the actualities of life than with manufactured plots. The opening, where the vengeful boyfriend metaphorically and literally spirals down into a crimson labyrinth of sex and degradation, as the camera floats behind him like a specter, is as harrowing as it is nauseating.

French director Bruno Dumont’s deceptively sly shocker is light on plot, dialogue, convincing performances, and even believable subtext, but not on atmosphere, provided by the ample sun drenched vistas of the Southern California desert, a shadowless cover for the film’s two boorish characters: David, a clueless magazine photographer, and Katia, his feckless model girlfriend. Though neither speaks the other’s language, they both communicate in French, a compromise that does nothing to bridge the multitude of barriers between them, which extend far beyond language. This is all foreplay for Dumont’s twisted machine, which, much like the couple’s copious amounts of sex, massages the viewer for a final demoralizing act of violence whose abrupt jolt releases them from the clutches of two dolts who deserve each other.