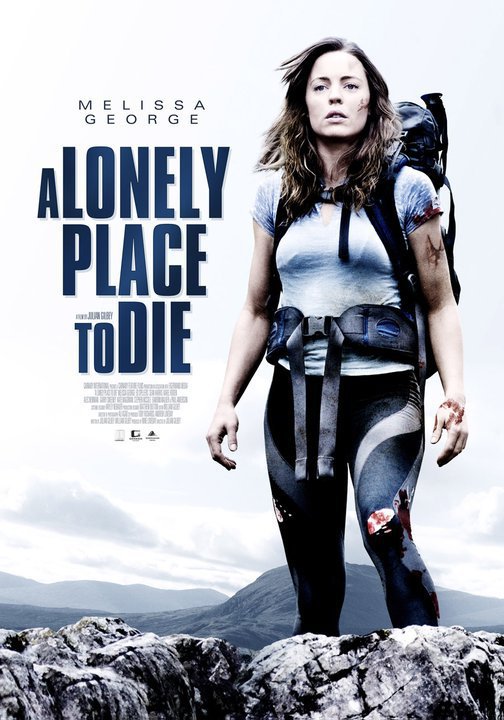 A Lonely Place to Die

Written by Will Gilbey and Julian Gilbey

A rare thriller that actually contains thrills, UK export A Lonely Place to Die comes up with a formula so ingenious it’s a wonder we haven’t already seen it a million times before: high-octane cliff-scaling meets cat-and-mouse chase thriller. It serves as a welcome reminder that no-frills action movies don’t have to be an eye-rolling bore or an intellectual affront.

their way through the Scottish countryside when they begin to hear what sounds like a distant cry – before long, they discover a young Serbian girl (Holly Boyd) buried alive with an air pipe and a depleted water supply. After deciding the only reasonable course of action is to take the girl to the nearest village to be rescued, they attempt to spirit the girl to safety – only to discover that they’re not alone in the mountains, and not the only party with designs on the girl.

The first half of Lonely Place is its most riveting, leaning as it does on keenly shot sequences of mountain-climbing heroics and sometimes-fatal calamity that quickly establish an unpredictable rhythm and a refreshingly palpable sense of danger. Much of that can be credited to director/editor/co-writer Julian Gilbey’s time spent training to become an experienced climber himself, allowing him and his small crew to shoot the tense climbing sequences up-close (even using POV shots) rather than relying on helicopter tracking shots or other distant vantage points. There’s also a distinct lack of (detectable, at least) CGI, with good old-fashioned stunt work used to great effect here.

The film’s last 40 or so minutes segue into somewhat less original territory, belonging as it does more conventionally to the hostage-thriller genre, but it never lets up in terms of intensity, and an

intense turn from well-traveled character actor Eamonn Walker helps to keep the movie together. Note should be made, though, of Melissa George’s heroine, who is allowed to be more than bad-ass enough for action-movie-hero standards, but never cartoonishly so. She’s the most believable female genre-flick lead character to come around in quite some time.

For all the little plot contortions and gradual revelations of character intent, what really holds Lonely Place together is Gilbey’s sure directorial hand, which keeps the film compulsively watchable throughout. There was a time (the 1980s) when even bog-standard action flicks could be relied upon to contain amusing stuntwork, practical pyrotechnics, and even the most perfunctory sense of physical feats onscreen. In the age of CGI, these qualities have grown scarcer – so savor rare action movies like this one, where the filmmakers have gone out of their way to make the experience as real and visceral as possible – and all without 3D.