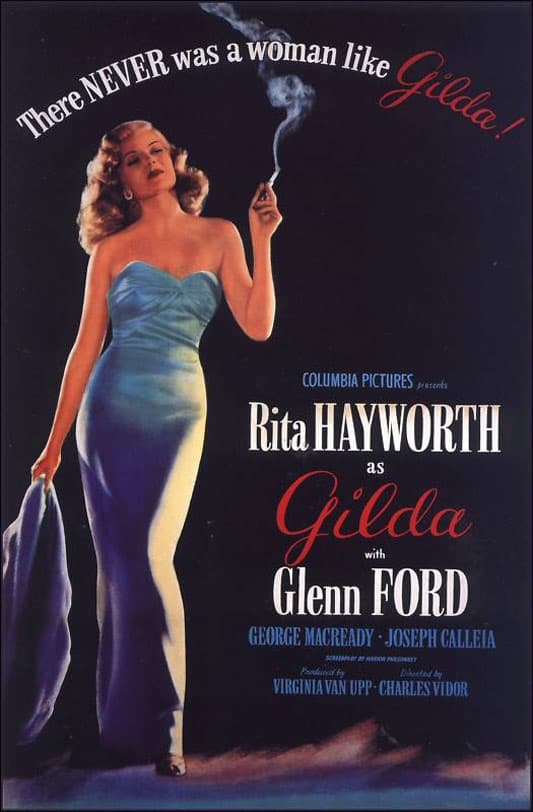 It’s just another night at the Buenos Aires docks for ex-pat Johnny Farrell (Glenn Ford), a young man who knows his way around gambling, much to the chagrin of the other players partaking in a risky game under the cover of night and shadow. Gambling is technically illegal in Argentina, but it seems to be the best way for Johnny to make ends meet. Shortly after cleaning his opponents out, a desperate man tries to rob him with a fire arm, but happenstance has it that wealthy Ballin Mundson (George Macready) was perusing the quarters and saves Johnny from a grisly fate. The two strike up an unexpected connection, one that has Johnny not only come to play at Ballin’s lavish establishment (a swanky lounge used as a front for the gambling room hidden deeper within the building), but eventually become manager. Their business relationship hits a snag however on the night Ballin presents Johnny the fomer’s new wife, Gilda (Rita Hayworth), with whom Johnny shares a past, albeit one that ended in anger and frustration. Suddenly, with a lot of money at stake, mysterious German businessmen hunting Ballin, the local police sniffing out the joint on a daily basis, the tensions are about to simmer.

It has been said and written many, many times already by exceedingly more articulate film critics, historians and fans that in film noir, the femme fatale, for the movies that include them anyways, is the stuff of legend. Barbara Stanwyck, Jane Greer, and Lana Turner are but some of the powerful seductresses that have done their male counterparts in. Their names are synonymous with the film movement. While it is virtually impossible not to shower those leading ladies and a bevy of others with heaps of praise, was there an actress for whom the spotlight shone more brightly than Rita Hayworth? To speak of spotlighting is a little ironic, given that noir is most often about the darkness, but the argument stands. There is plenty to admire and take in with great pleasure in Charles Vidor’s 1946 classic Gilda, yet the one that stands tallest is unquestionably Hayworth. 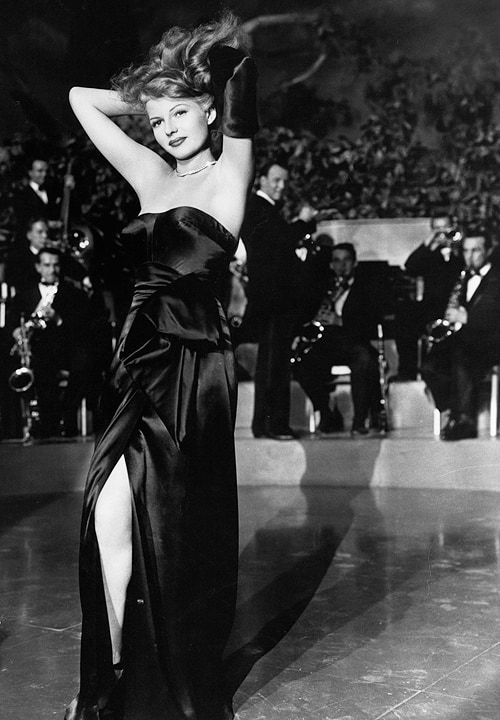 The strength and allure of her presence is so clearly felt that her entrance, which occurs about twenty minutes or so into the picture, takes an already good movie and makes it that much better. Her performance is one for the ages, justifiably cited to this very day as one of the great acting efforts in the history of Hollywood. Looks, from her natural beauty to the glorious makeup and wardrobe she is given, of course go a long way to establishing Gilda’s undeniably sexual and romantic aura. The dress she wears in the latter stages when performing as a singer at Ballin’s nightclub not only looks great on her, but its darkness accentuates the brooding tone that has been building for the better part of the previous hour. There isn’t a single thing Hayworth wears in the entire picture that many would consider to be lower tier quality fashion.

While it would be easy to go on and on, waxing poetic about how visually stunning Hayworth is, the heart of the matter is that she does indeed deliver one of the great screen performances, solidifying her presence in film lore as not only a seductress, but a three-dimensional character as well. Gilda goes from trophy wife with eyes on a big prize to wanting to rekindle what she once had with Johnny, and for a while, it looks as though Johnny is more than willing to reciprocate. This third and final transformation is arguably what makes Gilda an even more interesting character than she already was.

It would be interesting to test the film with younger, astute audiences that would obviously take in the film with a modern perspective. Does the Gilda witnessed in the latter stages represent a weaker personality because of her suffering at Johnny’s hands, especially when contrasted against her bold, Machiavellian machinations from earlier in the film? There may be a case to build, yet such a case would be excluding the fact that in the final third Gilda is actually a much more human, more nuanced individual than originally thought. Furthermore, her emotional breakdown near the climax in many ways makes everything she did before seem all the more brazen and daredevil worthy, precisely because she had to muster the courage to go through with such a plan.

As good as Glenn Ford was an a actor, and as dependable as he is in Gilda, he cannot hold a candle to Hayworth. Despite that his female co-star outshines him by a comfortable margin, their interplay is nonetheless a fascinating one to see develop. The animosity expressed by their characters towards one another could not possibly be viler under the circumstances (both have to save face, Johnny because he works for Ballin, and Gilda because she is Ballin’s wife). Once they are provided the opportunity to give in to the long-believed deceased love they truly hold, the film kicks the tension into an even higher gear. A commonality between movies included in the slippery category of ‘film noir’ is that its protagonists and anti-heroes are prone to giving in to their darkest desires. They know better, yet the devil within compels them to commit unlawful, mean spirited, selfish acts. The back and forth match of wills between Johnny and Gilda is at the cinematic apex of pure bitterness. The age-old expression ‘no hard feelings’ need not apply to this movie. Not by a long shot. 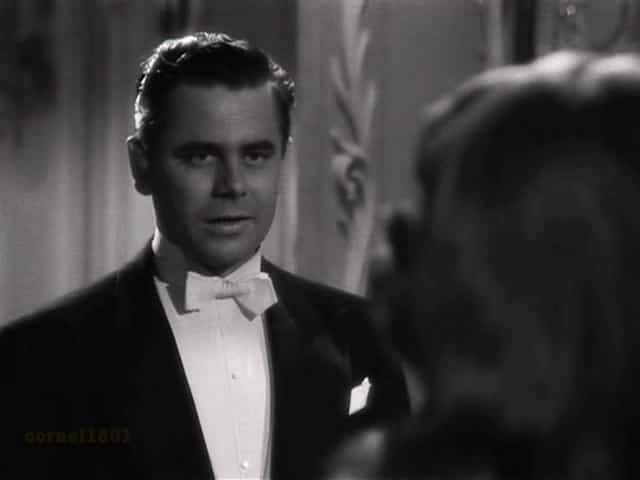 On the topic of shots, Gilda is at times an extraordinarily beautiful picture to look at. Director Vidor and his cinematographer Rudolph Matté, an important figure in Hollywood history for his curriculum vitae as a d.o.p and director, strike incredible balances between light and shadow on numerous occasions, seemingly at every critical junction. One such standout is when Ballin confronts Johnny about the suspected past his employee and wife share. It transpires at the luscious entrance of Ballin’s glorious home, with Johnny, rather tense whenever answering Ballin’s queries, under the light. Ballin, standing in the shot’s foreground, is, on the other hand, awash in shadow, a mere spectre biding his strategy in the dark. The great thrillers of the era, the ones born out of the hard labour of directors and cinematographers that had strong, true visions of what their films should represent, are some of the greatest works of art the film industry has ever given audiences. The visuals present in Gilda go a long way in setting the delightfully muddled mood that permeates throughout. The story is sexy, romantic, thrilling, provocative, and speaks to the evils that lurk in the human heart when the wrong buttons are pressed. Vidor and Matté were brilliant artists in their own right and apply their exquisite know-how of visual storytelling to Gilda in a manner that satisfies even the greatest hopes of classic movie fans.

There is an abundance of topics one can broach when analyzing Gilda, but this is a simple review for a column, not a book. The politics involved in seeing British and American ex-pats dance their deadly dance in a South American country, Macready’s wonderfully austere performance, the form Johnny’s revenge takes on when he gets the opportunity to strike back at Gilda, Vidor’s film is a treasure trove of wonderful talking points. An ordinary review can only scratch the surface of the themes the film has to offer. Yet even on a much more basic level, film buffs can appreciate the movie for how tantalizing Gild-, rather, Gilda looks.