This week, on Fringe: Peter makes himself heard, Walter makes a friend, Olivia wants a flamethrower, and things get freaky for Lincoln

Fringe does an excellent job of balancing its cases of the week with its character arcs and this week’s episode is no exception. It’s not a perfect episode, and the season four trend towards didacticism as regards Peter continues this week, but this one element hardly distracts from what is a good episode filled with great character moments. The case of the week, Gus, the killer brain mold is solid (any chance that’s a Breaking Bad reference? Hard to kill, intelligent, deadly, with tendrils reaching all through town? No? Fair enough.), but as ever, the episode excels when it focuses on the characters. This is exemplified in the opening scene with Walter’s doctor, played by William Sadler, an actor who will hopefully pop in again. A different show would open with the creepy mold and the gruesome bodies. Fringe opens with a slow, close look at one of their character’s current mental condition. 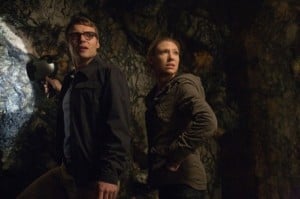 Shortly after the opening scene, we get another nice character moment, this time for Olivia and Lincoln. In a few short sentences, we see just how different these characters are to their Other Universe counterparts. They’re similar in their differences- apparently the easiest shorthand is to put them in rectangular glasses from time to time, but we don’t need to see Fauxlivia and Clincoln (still going with that for now) in this episode to see just how wide the divide between the Universes is. The progress made in the Olivia and Lincoln dynamic over the course of the episode is significant, and hopefully this will be continued in the future. By the end of the episode, we get our first glimpse of Lincoln a bit less bottled up, and it’s nice to see.

Astrid, who has been underserved in the season thus far, also gets a nice moment this week. It’s a subtle one, but Jasika Nicole plays it beautifully- the camera stays off of her for most of the scene with Aaron’s near death, but towards the end, pulls back to her, and you see that she has tears streaming down her face. Her voice hasn’t changed, her ability to do her job and help Walter hasn’t been affected, and she’s not trying in any way to hide her tears. It speaks volumes about her resolve, her dedication, and her priorities. Nicole has been given very little to play on Fringe over the years. There hasn’t been an Astrid backstory episode, in either Universe, and on the Other Side, she’s for the most part an emotionless computer, but it’s moments like these that make the audience connect to the character and that show just how much Nicole brings to the series. 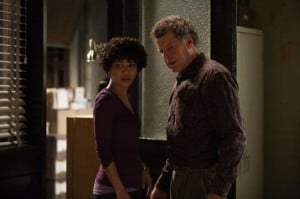 Olivia’s big scene comes at the end with Walter. In yet another fantastic moment, we see Walter at his worst, his most lost, and Olivia at her kindest and gentlest. It’s a beautiful scene, played very well by Anna Torv and John Noble, and one that we are glad to see. While the slow burn of the Peter mystery has been appreciated, watching what Peter’s “haunting”, for lack of a better word, has done to Walter has not been. Olivia dreaming of Peter makes utter sense, given her experiences on the Other Side post brainwashing, and is a nice way to bring movement to this storyline. Torv is always good (hell, she makes “they’re already dead” work; not an easy task) and it will be fun to watch her and Noble play Walter’s quest.

There are a few answers we get this week about Peter besides the end-of-episode reveal. We can hear him say he wants to come back and that he can hear Walter, which is interesting, but even more intriguing is the rewrite history got to make this Peter-less world exist. The single change that prompts this whole changed world is the Observer not appearing by the lake and saving Peter. It’s an elegant solution, perhaps a bit too much so. How much of these events were preplanned, by the characters as well as the writers. What about the other times we’ve seen Observers break the rules? Are those not in fact choices of the moment, but instead highly calculated moves on a larger chess board? Just how much of this did the writers and producers have planned back in season one and two? These are questions that are a lot of fun to ponder and, if Invisi-Peter was part of the plan all along, kudos to J. J. Abrams and company for pulling it off so successfully. 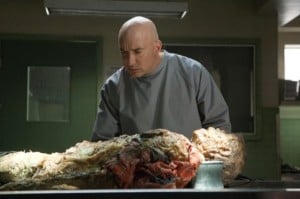 A few final thoughts: After everything we see in this episode, Aaron had better pop back up again. Walter doesn’t seem the type to just forget him, particularly this Walter, who is so lonely. Also, once again Fringe succeeds not only in characters, but in suspense and scares as well. There are a few yell-at-the-screen moments this episode (particularly whenever any of the team decide to get up close and personal with the mold), which is always a good sign. The music is also rather effective this week, acting well to heighten the tension. Fringe seems to be squarely on track and, while this episode isn’t as exciting as last week’s serial killer outing, the overall effect is just as strong, if not more so. Keep it coming, Fringe!

What did you think of the episode? Did it seem a bit convenient that everyone glazed over Aaron’s control of the murderous mold? Post your thoughts in the comments below!

Follow me on Twitter @theteleverse to see what else I’m watching and to tell me what you would name your killer mold buddy, if you had one 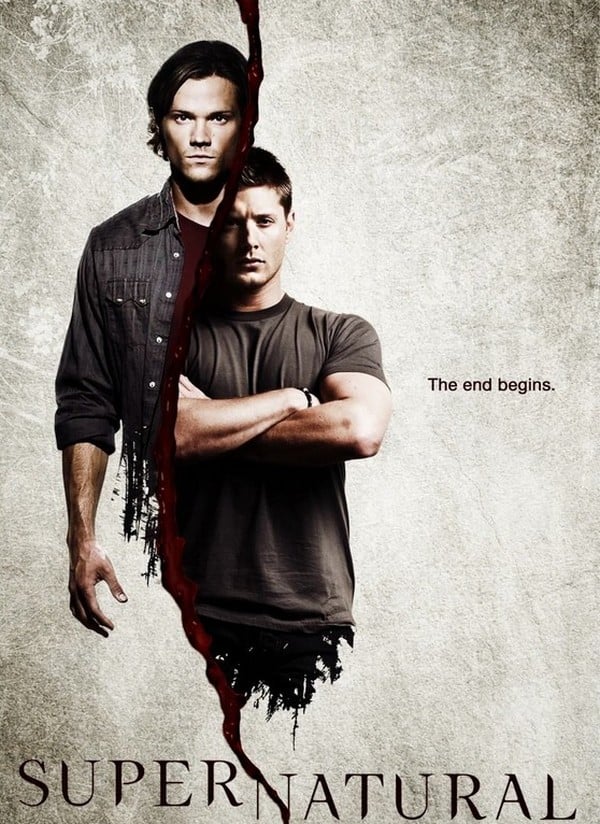 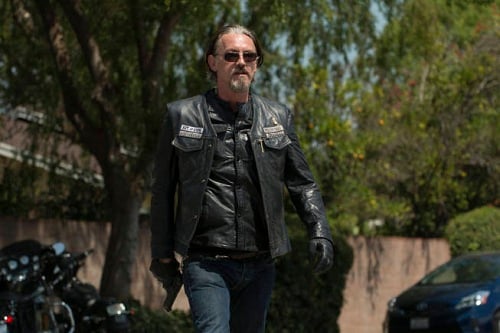