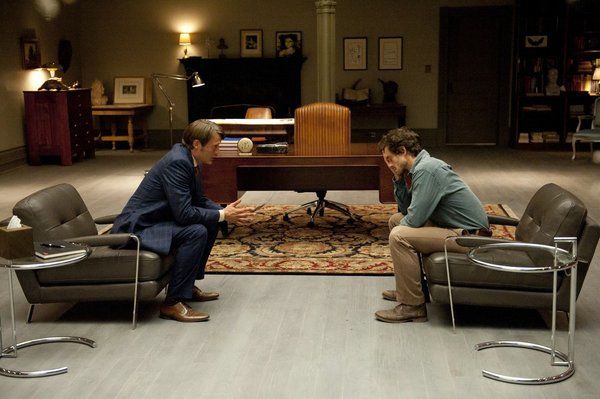 In framing Hannibal as a weekly procedural, showrunner Bryan Fuller populates his world with so many serial killers, it becomes hard to believe that so many of these insane, yet brilliant men can all reside in the same city at the same time. Only two episodes in, and we’ve already been introduced to three killers, with the possibility of a fourth. Yet, while the second episode of Hannibal does introduce a new ‘killer of the week’ formula, the series remains elevated by four things: direction, cinematography, dialogue and acting. Hannibal features two great leads (Mads Mikkelson and Hugh Dancy), a talented writing team;  is incredibly stylish, and features some of the best cutting on television – and by that I mean sharp editing – as well as great lighting, which really helps elevate the mood. Even the set design is extraordinary. Last week’s episode features a washroom that recalls the mens room from The Shining, and “Amuse Bouche” features a scene that recalls a famous sequence from The Silence of the Lambs, in which Buffalo Bill (Ted Levine) is working hard on his sewing machine. What we have in Hannibal is one of the most effective thrillers in recent memory; a dramatically different counterpunch to Silence of the Lambs, and more importantly, a series that is able to balance style and substance.

The crime in “Amuse Bouche” is a strange one indeed, but fascinating no less.

As luck would have it, some teenage boys stumble upon an unusual mushroom garden deep in the woods which is being fertilized by human bodies. There are nine victims, each kept alive with a rudimentary life-support system that feeds them sugar water. The mushroom in fact, has been used for centuries by natural healers for stress relief, boosting the immune system and helping to control cholesterol levels. Modern medicine uses it for controlling blood sugar levels, since mushroom boosts adiponectin levels, and more adiponectin means your body can clear sugar from your blood more quickly and efficiently. Which translates to: plenty of energy to get through the day or, in this case, allowing these poor souls left in a diabetic comatose state, to stay alive a little longer and cultivate this twisted oasis. It all doesn’t quite make much sense, but Graham determines the man responsible  must be a pharmacist with access to insulin, since all the victims are diabetic. Later, Lecter suggests that not only does the structure of these magic mushrooms resemble that of the human brain, but are organisms that some people believe, by their very nature, enhance, in some way or another, the innate psychic abilities that people possess. Thus, the sort of connection the killer, a pharmacist named Eldon Stammitz, is searching, and believes he can find in Will Graham.

A few things to note down:

1- The pharmacist’s case somehow ties in loosely to that of Abigail Hobbs, but we are still unclear as to how or why.

2- Abigail, still comatose, is considered to potentially be an accomplice to murders performed by her now late, father, although Graham makes it very clear he doesn’t agree.

3- With the mushroom killer we were treated with two frightening moments. The first comes at the scene of the crime when one of the suspected deceased victims springs back to life and grabs a hold of Graham. The second moment comes later, when Graham discovers a body in the trunk of a car. 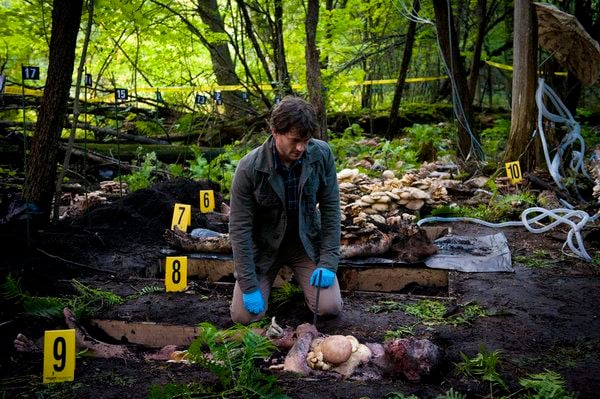 Will Graham has been played by several actors before, including by William Petersen in Michael Mann’s Red Dragon adaptation, Manhunter, and later by Edward Norton in Brett Ratner’s remake. But here Graham is quite different and far more interesting. We know very little about Will Graham from the source material, and with Hannibal, Fuller and his writing staff place the spotlight on him. In particular, what works so well in the series is the relationship between Lecter and Graham, and their partnership alone is worth watching.

In “Amuse-bouche, ” Will is haunted by the killing of Garrett Jacob Hobbs, which marks the first time he has murdered a man. Crawford notices the strain it is having on him and he orders Graham to undergo psychological evaluation with Lecter. It’s no surprise that anyone forced to use lethal force could feel remorse, but it’s different in Graham’s case. As it turns out, Graham isn’t battling with regret but instead feels ashamed for taking pleasure in the act. “God kills all the time. Are we not created in his image?” the doctor asks, and continues saying, “killing makes God feel powerful,” implying that is what Graham is feeling. Lecter might be taking advantage of his position as Will’s psychologist to protect himself, but he is also generally fascinated by the F.B.I. Investigator, and he genuinely respects Graham. This puts a defining irony at the centre of the series; Will has a gift of getting into the minds of killers, and has no trouble in tracking them down, yet Hannibal, the most dangerous of all, is invisible to him, even when the two men are standing alone together in a room. 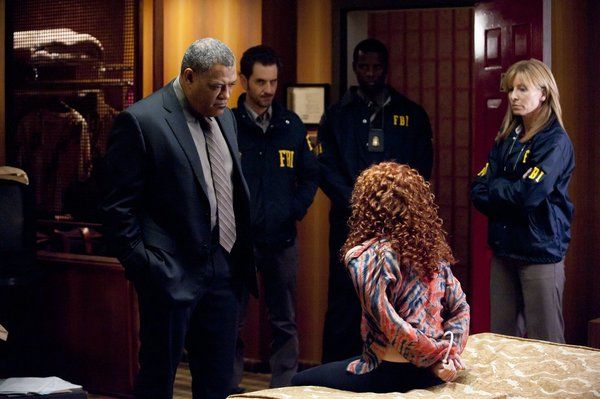 “Amuse Bouche” also introduces the sleazy tabloid journalist Freddie Lounds. Bryan Fuller has changed the sex of Lounds, from a male (in the books) to a shifty redheaded female. Lounds takes an interest in Graham and his unique abilities, and her unethical approach to journalism lands her in hot water not once, but three times. In one incident, she tries to secretly tape her conversation with our favourite psychiatrist, only Lecter isn’t easy to fool. “You’ve been terribly rude, Miss Lounds,” the doctor tells her, “What’s to be done about that?” Lounds is clearly playing with fire, and to Lecter, she is just a silly pawn in his sadistic mind games. With that said, anyone familiar with the mad doctor knows he doesn’t take kindly to rude people. Could Lounds end up on the doctor’s dinner plate sometime in the near future?

Although there are some flaws in this episode (particularly everything involving the corrupt cop who helps Lounds), “Amuse-bouche” is for the most part an incredibly effective thriller. Lara Jean Chorostecki is effective as the slimy tabloid news-lady, and of course there are Mads Mikkelsen and High Dancy, engaged not only in a psychological cat-and-mouse game, but seemingly in a contest to see who can give the best performance. When compared to such popular forensics shows as CSI, Hannibal takes the cake. This psychologically slippery, contemplative thriller really deserves a bigger audience.

Kids in the Hall alum, Scott Thompson makes a larger appearance after a blink-and-you-miss-it turn in the pilot.

Watching this series really makes me want to go vegan.

What’s could the stag in Graham’s dream symbolize?

That cop seemed to have no problem in losing his job.

What exactly did Hannibal serve Jack for dinner, and did it come with an amuse-bouche? 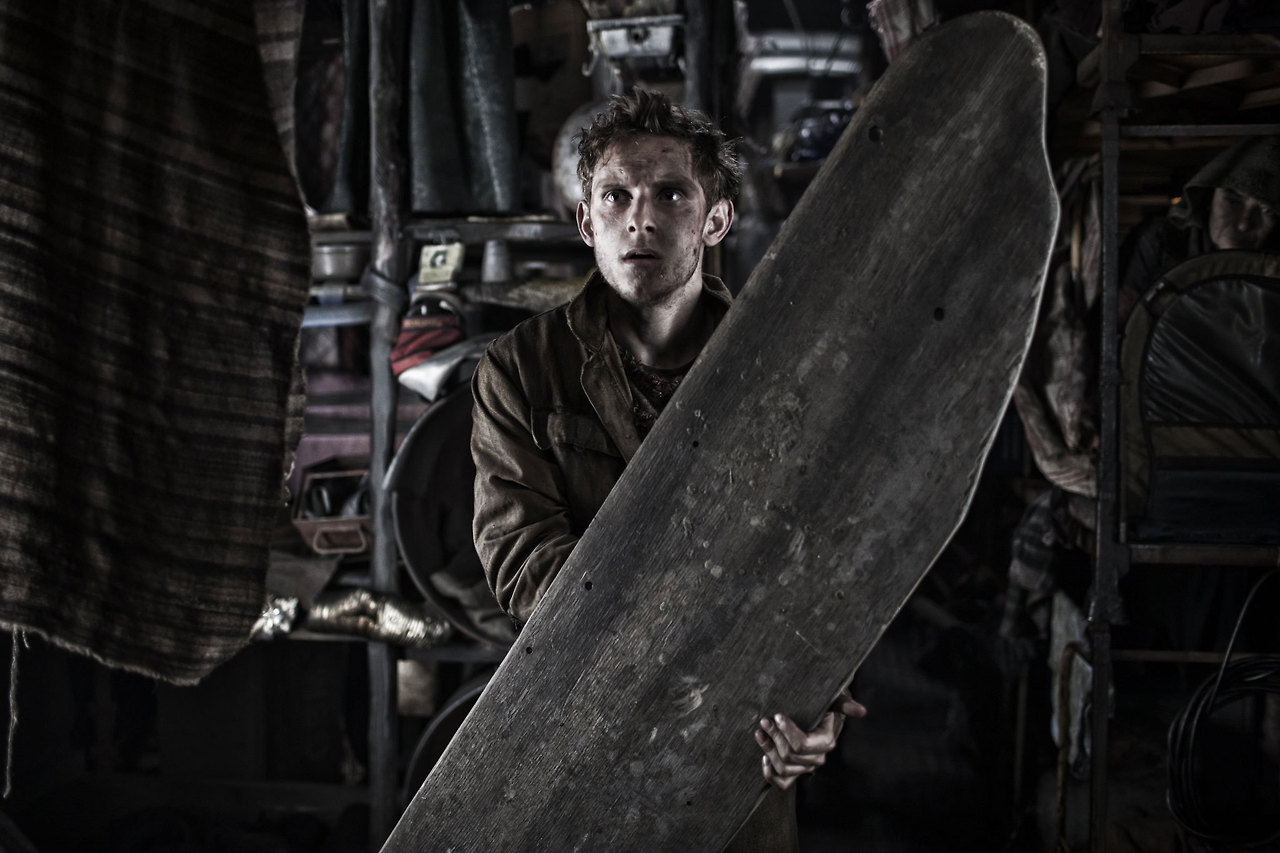