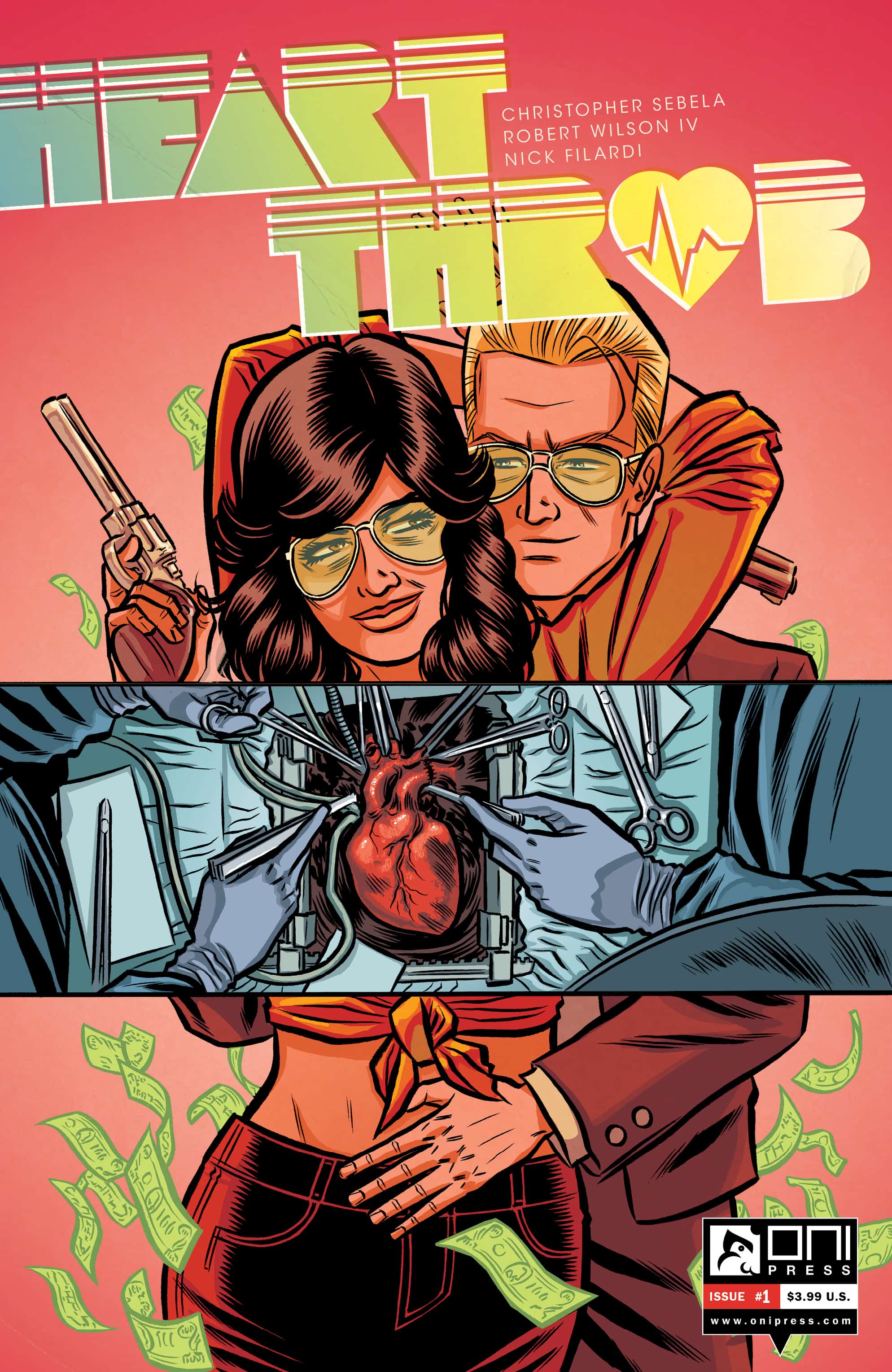 Heartthrob is a story about the heart, both figuratively and literally. It’s also probably the second book in the market right now to be a love story with a side of crime that could go wrong, but that’s really where any comparisons to Matt Fraction and Chip Zdarsky’s Sex Criminals should end. Heartthrob exists to be something else entirely.

Heartthrob #1 opens with the story of Callie Boudreau, a young woman with congenital heart defects who is the recipient of a heart transplant in 1977. Since that was a relatively new procedure at the time with a lot of unknown variables, Callie only given about “five healthy years.” This was already after she uprooted her life from Chicago to move to Stanford, California to wait five years for a spot for her on the list, so Callie built a life while she waited. Well, “life” may be a strong word for it.

In most cases where this kind of story pops up, this is where Callie would gleefully quit her job and start living a life full of adventure and travel. Well, Callie does end up quitting her job, but the way she gets there is not exactly gleeful. Sebela uses a similar narrative technique that he does in We(l)come Back where a lot of the comic is spent on the focal character talking to the audience. Inside of that, we see that Callie is not the usual quirky romantic lead who is stuck in a life she doesn’t want until something traumatic happens to her, but rather someone who has never figured out what she really wanted until everything around her transplant seems to boil over. It makes her story more real and devastating, which makes you want to root for her even more. 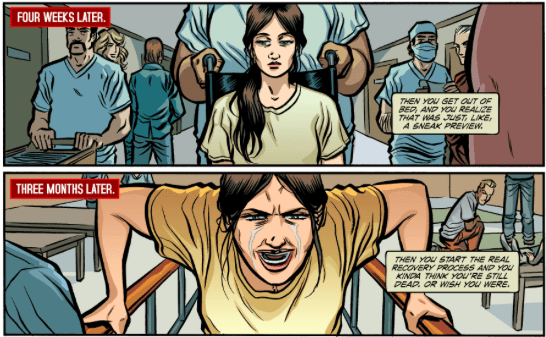 The other character at the heart of the first issue is Mercer, the charming con man that Callie starts to fall for after meeting him at the bar one night. To talk about his backstory would spoil one of the best twists in the first issue, but the way Sebela writes it, it never comes across as trite. In fact, Mercer might just be the best thing to happen to Callie in this issue where it seems like everything terrible happens to her when it seems like her life should be getting better. Their budding love story is sweet in a strange way, but also slightly worrisome with the way Callie admits to losing herself in her past lovers. That’s the hook for this series, even more than that final page.

The art by Robert Wilson IV is absolutely perfect for this series, with his expressive faces, bold lines, and the way he makes even mundane 70s fashion seem kind of fantastic. It’s no wonder Sebela had Wilson in mind from the inception of this series. Combined with Filiardi’s colors that bounce from greyscale to neon glow and that muted yellow tone that ran rampant in the late 70s in between, and this book’s art will make your heart race, pardon the pun.

Heartthrob #1 is a great introduction to a series that looks to be exciting and heart-wrenching, both figuratively and literally. Sebela has created a lovely and realistic protagonist in Callie Boudreau as well as a mysterious, loving and potentially dangerous love interest in Mercer. Only time will tell if he is dangerous, but that wait won’t be so bad between the writing and the fantastic art of Wilson and Filiardi. If crime and romance mixed together are right up your alley, Heartthrob #1 might just be the sweetheart of a comic you’re looking for.