Was it the bald waiter…. On the catwalk…. With the bomb?

Down below the targets speech starts on the catwalk, hanging high above on the lighting rig is Agent 47, the plan is foolproof; destroy the winch that keeps the elaborate set of lighting held up and send it tumbling down onto our show curator cum espionage target. Upon shimmying along the rig and hoisting ourselves up to the showstopper we are horrifyingly alerted that we need a crowbar to sabotage the rig. Oh no, our cunning plan has been ruptured, woe beside. But wait, on the other side, through a window into the attic we see a crowbar, taunting us, the cheek! There’s still time, we shimmy back into the main building and run through the doors into the attic, tracing the path to the window we saw, yes we shouldn’t be here but through expert cunning we pass by several guards, or was it sheer luck? We’ve got the crowbar, now what? No time to go back, so instead we leap out the nearest window that leads back to the lighting rig. From both sides bodyguards look out over our path, they leave and once again we find ourselves staring at the winch. The hit thanks the crowd and prepares to leave the catwalk when he finds himself suddenly unable to walk at all, the crowd is in uproar and a guard spots us. Now what? In any case, Hitman is back.

This scenario is the best way to convey the strengths of Hitman, it’s creative eye for the dramatic and its overzealous love in finding the beauty in death – murder, to be pedantic. Hitman is about the poetry in murder, while other games have a record of dehumanising hordes of people for you to gun down without thought or consequence Hitman has always encouraged that every death should not be taken lightly. Not for moral reasons of course, but for the elegance of the mark. Simply named Hitman, this time IO has taken 47 back to where fans loved him most, no not Absolution, or the films but the best game in the series; Blood Money. In this initial episode you get a set of tutorial missions and the main meal – a fashion show set at a museum in the heart of Paris.

The game’s training levels do a good job of introducing new players to the world of assassination, and for veterans it’s a good refresh while also showing off the changes to the franchise. The disguise system has changed a lot over the series’ history, but its never been better than it is here. Take out a guard and steal his uniform and you’ll find that instead of every other guard staring at you from the other-side of the map – as if you’ve trampled on some flowers, they will greet you like their own. There are exceptions, certain people of the same ‘occupation’ will be suspicious of you upon line of sight, though it’s lenient enough that you can usually get away, seems most of the NPC’s aren’t paid enough to give any more thought into a bald man with a barcode stamped to his head sneaking around people’s private offices. These ‘gatekeepers’ are signposted by the White dots above them and are also displayed on the map. 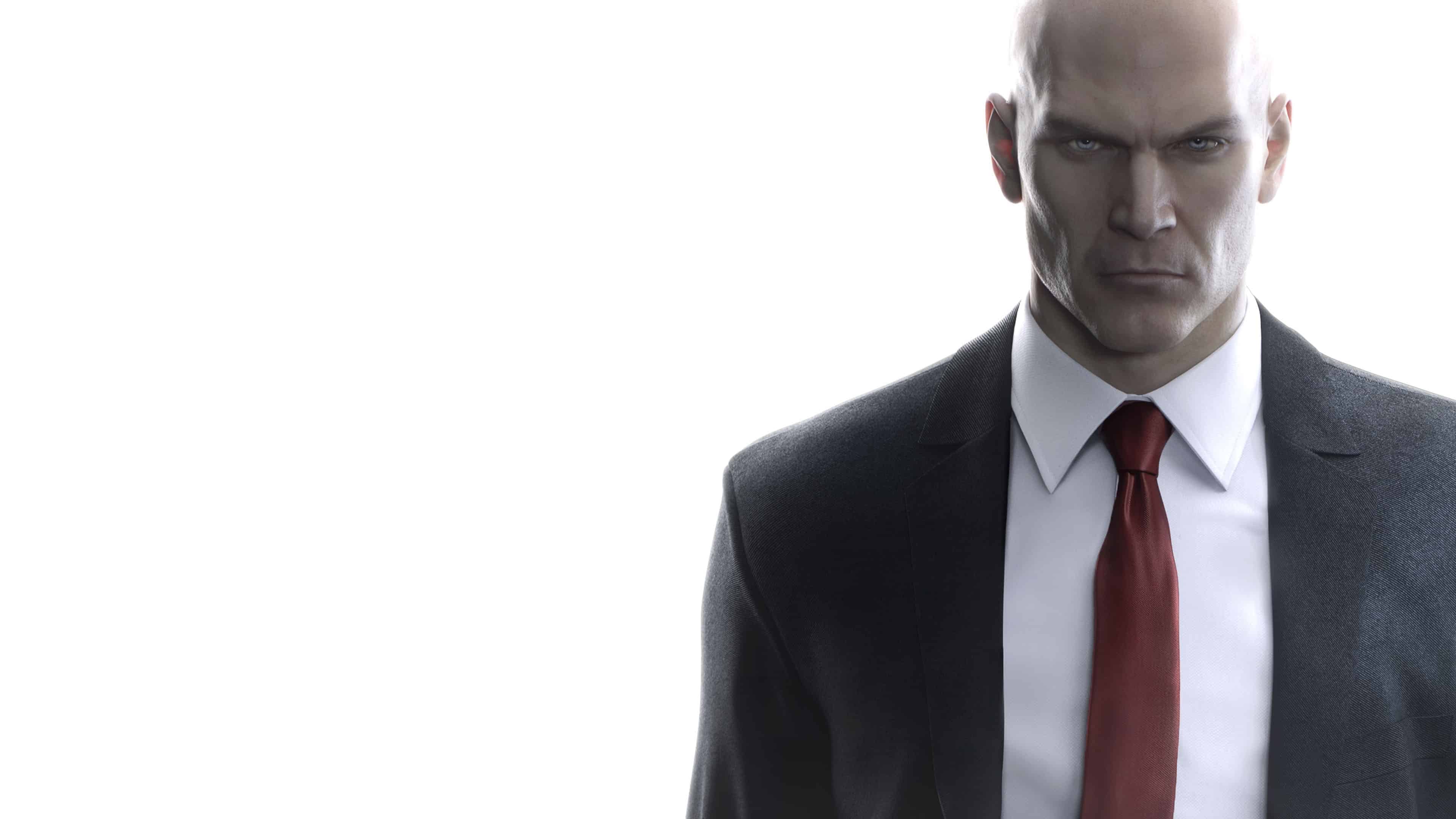 Other systems have changed, now – if you don’t have the clearance to enter an area you will be amply warned as such and even then if you’re caught where you don’t belong the guards afford you time to leave before any drastic measures are taken – unlike before where stepping into private areas would leave you like a block of Swiss cheese, just like in real life when customers walk where they shouldn’t, hmm maybe not. This leniency gives you more freedom as the player to experiment and take chances rather than being worried if said action might flip the evil switch on AI processes. A lot of time is spent planning, surveying and ultimately waiting, but you’re never left with nowhere to go or with little options to pursue. Each target can be eliminated in a smorgasbord of ways and discovering them yourself is where a lot of the fun lies, and if you need a little nudge there are several levels of hints that can be adjusted in the options menu. We recommend putting the hints on minimal or completely off for the purest experience. On top of the discovery, the game pushes replayability hard, with a list of challenges that prod in the direction of new kills or areas in the map you haven’t come across. It’s an intelligent idea especially with episodes being months apart but it leads into one of the most unforgiving issues that persists throughout. 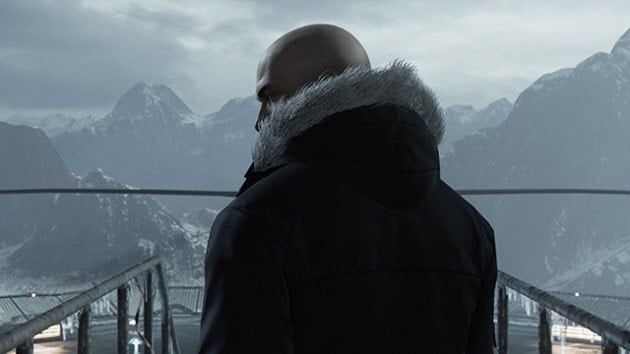 This reboot of Hitman has an undying obsession with always being online, despite the series always being a single player focused game. That’s not to say you can’t play offline but doing so results in countless ‘this isn’t available offline’ notifications. Features such as pre-made challenges, your career stats and, most offensive of all, your end of level rating are not accessible while disconnected from Square-Enix’s servers – servers that kick you out often. There’s no justification why simple features that every other Hitman has touted are only available with an internet connection. Even worse, any actions or challenges that you inadvertently complete while offline don’t get awarded once you connect afterwards, it’s a real slap in the face to feel punished for not having a constantly connected device.

Thankfully the main level we get is huge and intricately designed, mirroring the iconic curtains down stage from Blood Money in its set up. More so than previous games the stage is packed with emergent events and conversations, some are just little side stories that you get clues about, others give you hints about how to take out your targets. It’s the devils in the details, a designer rants about selling out, a journalist runs a interview, walk in front of a camera and get shouted at for ruining the shot. The set dressing is equally impressive, you get a history from the building, you can go from one room that is being used as a stylish bar and enter a room that showcases weapons throughout time. It’s definitely only a makeshift fashion show and its a setting not often seen used in the industry. Some events feel rigid, only triggering when 47 walks by which detracts from the illusion that the location is a breathing place that continues on even when you leave the room, but it’s a conscious decision to make things more easily accessible. 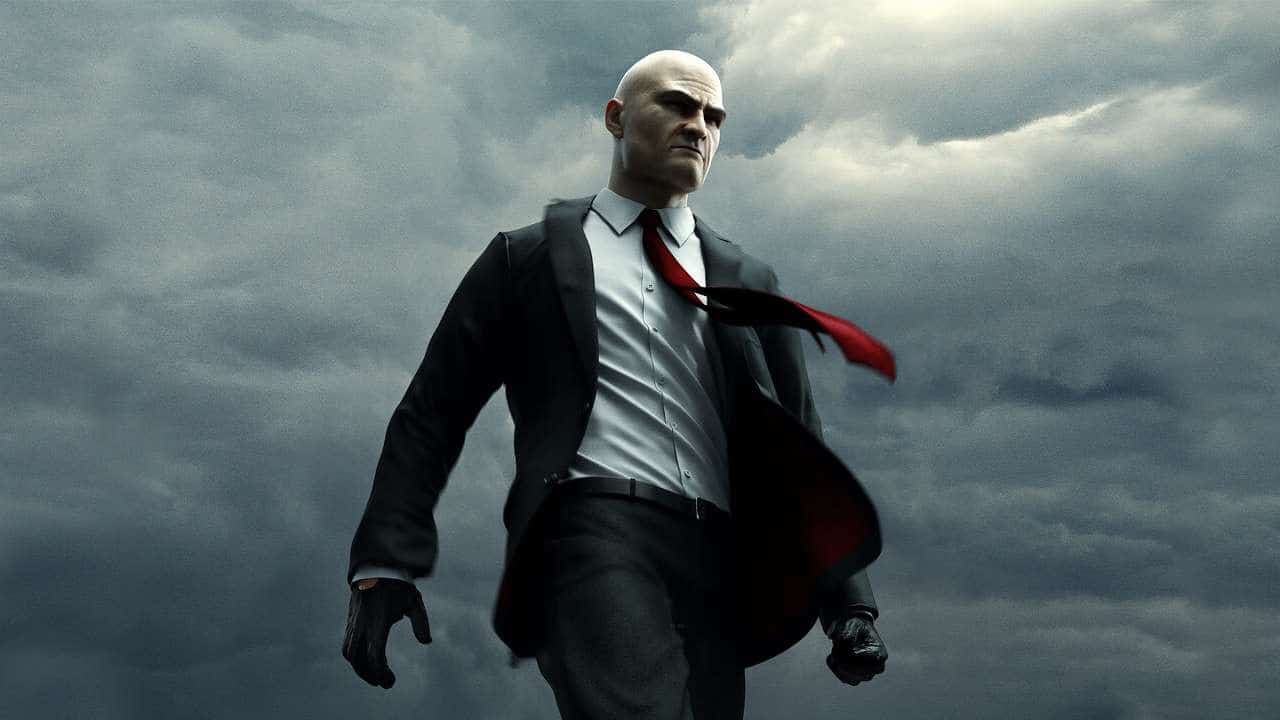 It’s an overall strong start, however there is little justification for the episodic structure, narratively it doesn’t benefit the game and it feels like you’re being served piece meals of a whole. After finishing the episode it just ends, there isn’t even a preview of the next episode as with other episodic games. The biggest consequence that will mar the experience is that surprise is left at the door along with all the other contraband the guard won’t let past. When each episode is marketed separately and has a run up to release you don’t have that awe about what comes next, a huge pleasure point for the series is missing. Other issues that can’t be ignored are the abhorrent loading times, it’s excusable that the level takes some time to load in but going to the menus takes ages to load too. There is a 5 or so second delay when going into any menu, even to save. Hopefully this optimisation can be improved with updates but it does puncture the flow of gameplay too often that it becomes a noticeable conceit. Technical bugs seem to be a habit big releases are fine with fixing latter and here is no different. The framerate is solid for the most part when it matters but can occasionally stutter upon the start up of a level, it’s minor but something gamers can get irate about. There’s nothing big; markers can stay when they shouldn’t and one character got stuck in a loop until 47 interrupted – with force.

It’s hard to recommend Hitman heartily in its current form, feeling more like early access at times, however the content within harkens back to when the series was at its peak and it’s filled with so many brilliant design touches that you won’t regret caving in to take a nibble at what we’ve been given. It’s make or break if the forthcoming episodes are as strong and with one weak link its whole momentum could falter like 47’s plans when he accidentally poisons the drink of a life loving bystander instead of the cold dead heart of a insane maniac, we can’t always get it right, eh?