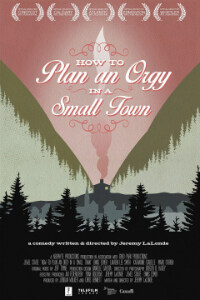 Paul Feig and Judd Apatow’s successful run of raunchy comedies (raunch-coms) have inspired a host of imitators. Most of the copycats fall short by focusing on the wrong areas: they prefer to keep shocking the audience with an escalating series of outlandish bits. Apatow and Feig’s success comes from developing relatable characters and imbuing their films with heart. How to Plan an Orgy in a Small Town aims for such an approach but misses its mark (though not by much). While writer/director Jeremy LaLonde roots his movie in emotions that are a little more tender, the film is held back by shallow characterizations and jokes that (by raunch-com standards) fail to move the needle.

How to Plan an Orgy in a Small Town kicks off with an origin story for its central character, Cassie Cranston (Zoe Cleland). Cassie’s boyfriend Adam (Alex Harrouch), panics and bails on her just as they’re about to take each other’s virginity. Making matters worse, the town’s resident mean girl, Heather (Torianna Lee), catches the half-naked Cassie in the alleged act, and the whole community joins in on slut-shaming Cassie out of town. Happy to leave the small-minded folk in Beaver’s Ridge behind, Cassie decides to burns her bridges and writes a scathing column on the sexually repressed population of Beaver’s Ridge. While the negative article made Cassie Beaver’s Ridge’s public enemy #1, it also launches her writing career. 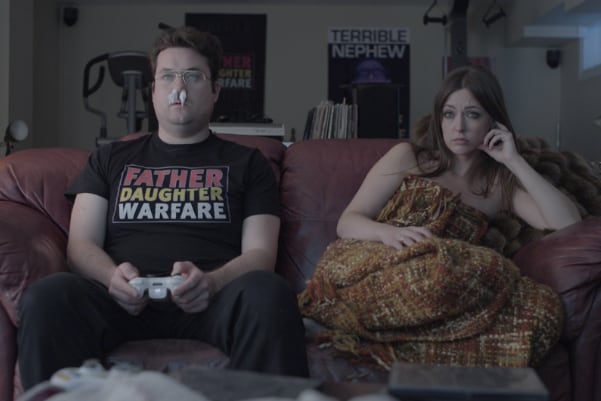 12-years later, adult Cassie (Jewel Staite) must return to Beaver’s Ridge after her mother’s death. Cassie is stressing a looming deadline for a book she hasn’t begun to write and she returns to Beaver’s Ridge hoping that her inheritance will be enough to pay back her advance: it’s not. Cassie’s only option to avoid being sued is to present her publisher with a killer pitch. At Cassie’s mother’s funeral, the resentful town’s people confront Cassie, determined to prove they’re more than granny-panty wearing prudes. Amidst their anti-prude declarations (Heather admits to sleeping with a black guy once back in college), Cassie spots the perfect angle for her next book. Cassie decides to help the town’s residents overcome their sexual repression by planning an orgy and documenting the whole thing for her book. What could possibly go wrong?

How to Plan an Orgy’s large cast of characters serves as both a blessing and a curse. Throughout the film, LaLonde pairs off different combinations of his cast with varying degrees of effectiveness. Most of the actors LaLonde teams-up have decent chemistry together. Even though How to Plan doesn’t offer any true comedic power-couples, the film mines a lot of comedy from the awkward pairings. The movie’s best bits come from the sly charm James McGowan’s delivers as Spencer— he’s the movie’s MVP. McGowan has a “the coolest guy in the room” presence, and watching the cast’s manic energy ricochet off his slick demeanor is always worth a chuckle. 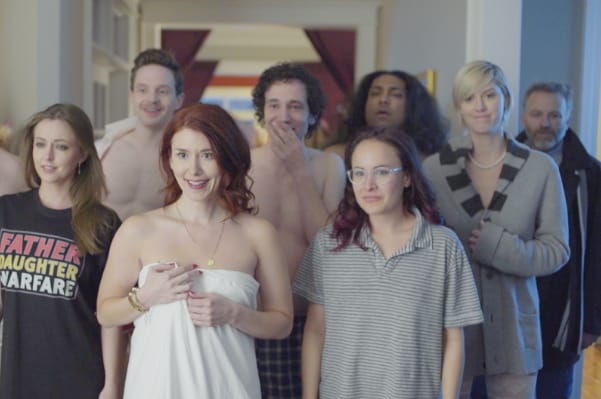 The film’s script features so many characters that there is no way to service them all, and the result is a cast of caricatures. The film is stuffed with broad performances, the worst offender being Kristian Bruun’s Seth. How to Plan leans hard into the maladjusted basement dwelling gamer stereotype, and the entire bit is groan inducing. A raunch-com isn’t expected to present characters with a Hamlet-level degree of pathos, but fishing for laughs with such an overdone trope just feels lazy.