Crash Bandicoot slumps on his couch, grabs the greasy remote and switches on the telly. “Man, this freelance racing gig bites!” He sighs, brooding over the golden days of his first high octane adventures; the slick, razor-sharp turns, the smell of gasoline, and the pure rush of adrenaline each time his foot hit the pedal. Today, all that seems so far away. He frowns, mindlessly flipping through the channels until something unusual catches his eye. It looks like some kind of advertisement for a kart racing game. He perks up.”Kart racing, hey?” 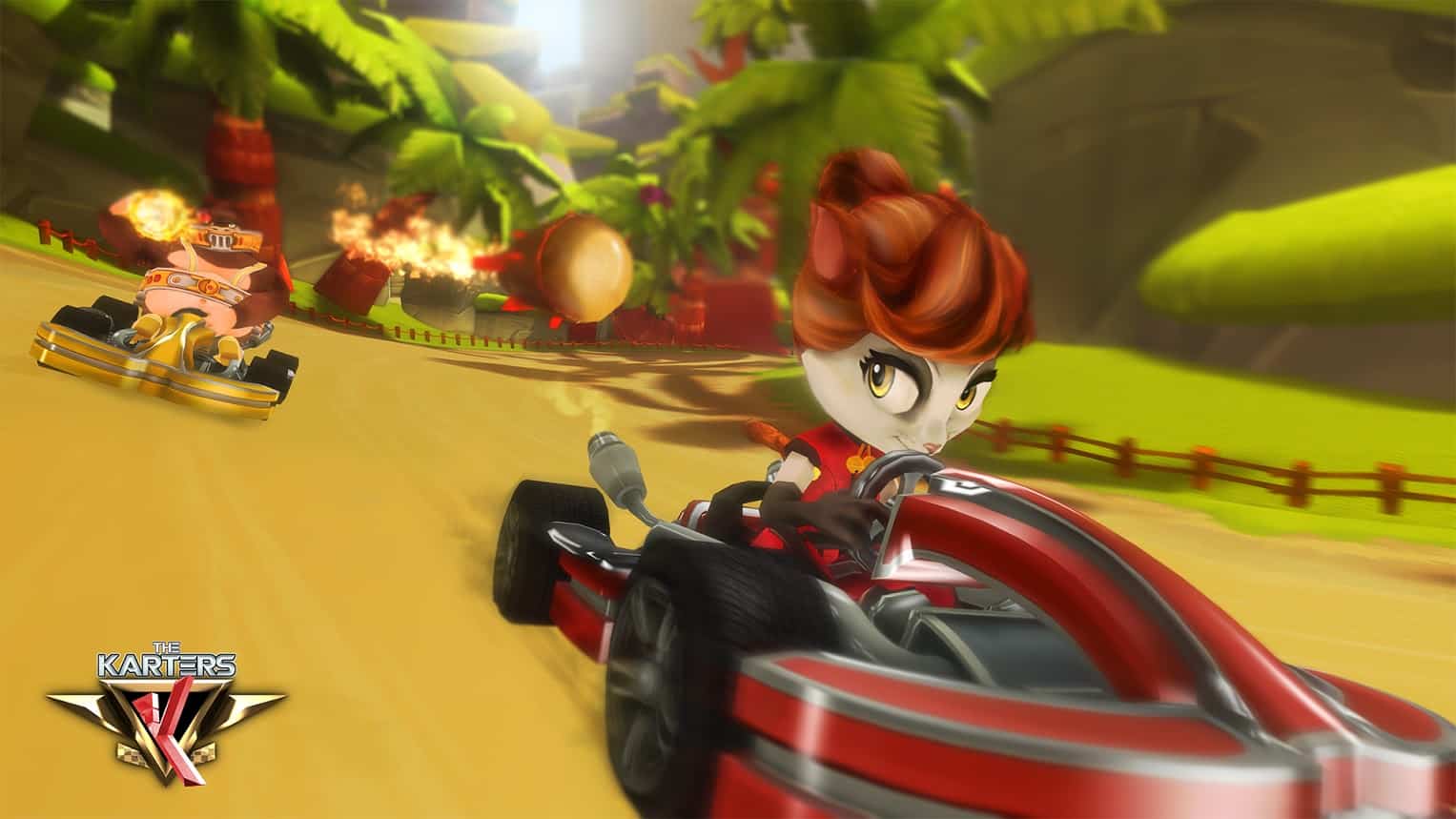 Inspired by the legendary Crash Team Racing, independent Polish studio Cmoar have announced The Karters in the hopes of creating a ‘more up-to-date karting game’. CEO of Cmoar Studio Sebastian Boczek is well aware of the tremendous legacy of CTR and the ambitious nature of his project, but the 16 years which have elapsed since CTR‘s release have created a niche of sorts in the arcade racing division. To bridge that gap, Cmoar Studio is promising players up to 12 colourful characters that will race and battle their way across multiple stunning locations, a bevy of shattering weapons, and of course, a multiplayer battle arena, something which no karting game is complete without. Through recreating the speed and dynamics of CTR to fit a more modern audience, The Karters also looks set to bring forth the most exciting brand of cartoon style racing since Mario Kart 8 and more recently, Obliteracers. In addition, The Karters comes with one important feature that many games of yesteryear did without and may be the key to pulling good old Crash out of retirement – online multiplayer and global rankings.

“Retirement? Retirement? I’ll show you retirement! Just wait until I make a comeback on PS4.” Crash’s finger dangerously hovers across the off switch, but something keeps him watching.

A local multiplayer mode is also planned, but the objective of each race certainly won’t change: collect gold, outsmart your rivals by taking alternative routes, and come first by any means necessary. After just 9 months of development, The Karters already looks like a full-fledged game. To celebrate its beautifully rendered visuals and fine tuned racing dynamics, Cmoar have launched a Steam greenlight campaign, which if successful will see the game released on PC. Other platforms are yet to be confirmed at this stage, but may very well eventuate pending the game’s overall reception – which has been been very positive so far. Perhaps the most valuable asset of The Karters is its timeliness, which not only pulls the heartstrings of nostalgic CTR fans, but sends out a powerful message to anyone who doubted that the 3D arcade racing comeback could come to fruition: we’re not giving up. In response to its daring campaign, The Karters is being fuelled by enthusiastic support on both Reddit and Unity 3D forums. Some users have critiqued the game by arguing it has a generic title, but the majority report having grown tired of the ‘stale’ gameplay of Mario Kart and are seeking something fresh and surprising.

The most valuable asset of The Karters is its powerful message to anyone who doubted the 3D arcade racing comeback: We’re not giving up

Cmoar is committed to delivering players an enjoyable experience. To do that, they will be in close contact with The Karters community and fans of the kart racing genre as a whole, reassessing and optimizing maps, and further enhancing gameplay and mechanics to help The Karters realize its full potential. Judging by what we’ve seen so far, The Karters is a thrilling kart racer in the making.

The screen suddenly turns black, followed by the sound of a remote control hitting the floor. Even in the dead silence, there’s an electric feeling in the air, like something crazy is about to happen. Like anything is possible. And maybe when it comes to video games, anything is.

Crash smiles as he walks out the door, eyes locked on the rusty old racecar parked in his driveway. “Mario ain’t got nothin’ on me.”