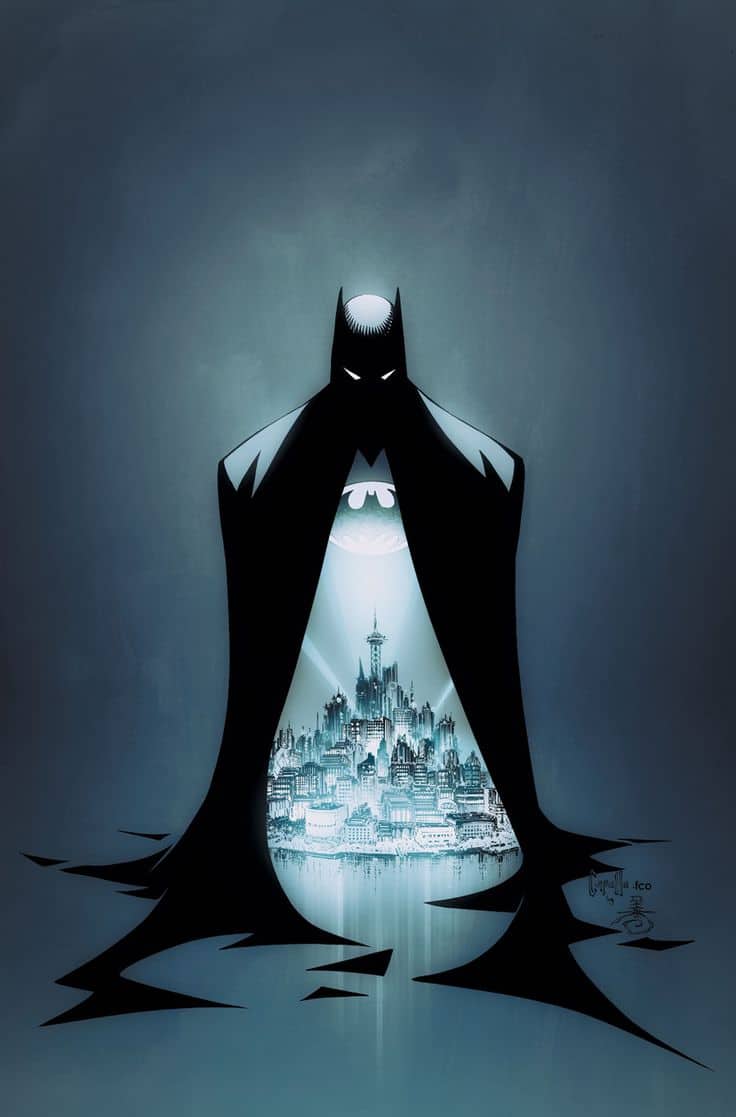 Gotham is an ever changing city. The only eternal constant is Batman as the city changes every couple of years. Through the words and art of Bob Kane and Bill Finger, Denny O’Neil, Neal Adams, Doug Moench, Kelley Jones, Jim Aparo, Norm Breyfogle, Greg Rucka, Steve Englehart, Marshall Rogers, Frank Miller and countless other writers and artists, Gotham City becomes a reflection the creators who take us to every watchful gothic gargoyle statue to every crime-ridden alley. For the past five years, Gotham has been the reflection of Scott Snyder and Greg Capullo who have turned Gotham into a mystery for Batman. That mystery has included Jokers, Owls and Riddlers and even a replacement Batman. Now the one, true Batman is back under the cowl and Gotham continues to be a mystery as he races to find out who plunged Gotham City into darkness.

As the last issue of their run together, Batman #51 offers Snyder and Capullo one more time around the block, revisiting the scenes of their time on the series. As the finale to a five-year run on the title, Snyder and Capullo sum up their time together, tell a story about what Gotham City and Batman mean for the creators who come after them and promise that their stories together aren’t completely done yet. Even as Capullo goes off to work on a Mark Millar story and Snyder prepares for All-Star Batman and its revolving cadre of artists, this issue has one eye on the past and one eye on the future. They manage to make one, lone man, sitting on a park bench, the most terrifying figure in this whole issue. “Not yet. Not this night,” he says, swatting at a fly. It simultaneously calls back to so many moments of Snyder and Capullo’s run while reminding us of the threats that still haunt Gotham City.

See also  The Spirit: A Sophisticated and Self-Aware Comic Strip 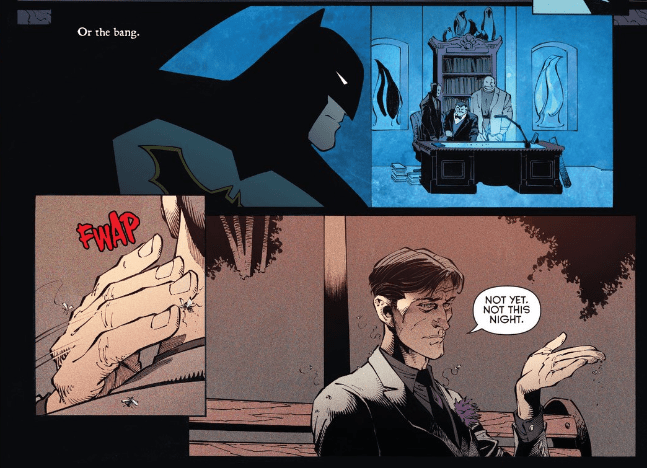 Capullo’s vision of Batman and Gotham fights against the darkness and bleakness that so many Batman stories fail to beat back. It dances up to the darkness but never succumbs to it. In this one issue, Capullo demonstrates everything that’s been great about his art, from the liveliness of his artwork to the constant buzz of danger that exists in every corner and behind every page turn. With Danny Miki’s crisp inking and FCO Plascencia’s wonderfully vivid and sharp colors, the Nu52 Batman run has been one of the best-looking superhero comics in recent memory. Capullo has taken Snyder’s moody stories and given it a vision that never has gotten lost in the unending crime and horror of Batman.

Thanks to the past 50 issues, Snyder has earned the right to do a victory lap. Batman #51’s premise is extremely thin; Batman does not even solve anything as it’s only a final report by the ever-faithful Alfred that sheds light on what has actually happened and reveals the MacGuffin that drives the plot this issue. The race through the underworld of Gotham to discover the cause of the blackout is rather meaningless compared to the fond memories recalled from seeing Arkham Asylum, the plotting Penguin and the Court of Owls. It’s one more reminder that Snyder’s Gotham is defined more by its villains and schemers rather than its economics, its politics, its geography or even its heroes. It’s the men and women behind the crimes that give Gotham its identity. 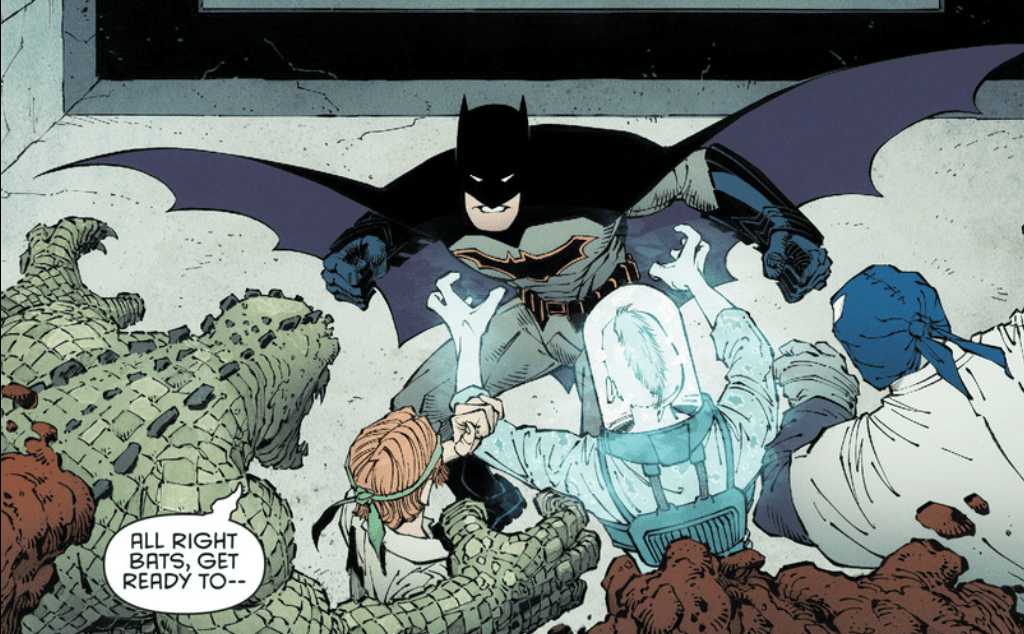 Batman #51 is a strong reminder of the mark that Scott Snyder and Greg Capullo have left on Gotham City and Batman himself. Through one night in the city as Batman races the clock to discover an unseen threat to Gotham, Snyder and Capullo are leading the reader through one last look at their version of Gotham, a city that has hidden its secrets from Batman throughout their run on the book. As the capstone to their run, Batman #51 looks back at everything that they’ve accomplished over 50 issues while promising a future full of more stories. And that’s what Gotham is; a city that for as many stories have been already told about it, there will always be stories to be told about it and its hero, Batman.