Home
Entertainment
In ‘The Protector 2’, Tony Jaa becomes a victim of his own success
Prev Article Next Article 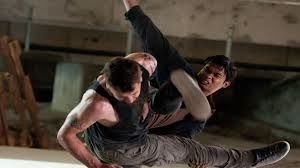 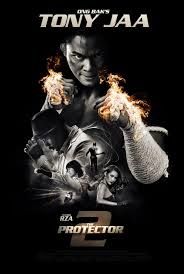 Thai martial-arts star Tony Jaa started the current renaissance in South Asian action cinema alongside director Prachya Pinkaew with the 2003 film Ong-Bak, but eleven years on, the warts in their style are starting to show. None of Jaa’s subsequent films has had a comprehensible plot, and Pinkaew’s later attempts to employ computer-generated effects have not matched the down-and-dirty practical stunts in Ong-Bak. Jaa’s latest, The Protector 2,has those same problems, but it also understands the elemental appeal of a balletic fight scene.

The first Protector film (also known by the title of its uncut international version, Tom Yum Goong) had Jaa playing a rural Thai elephant tender, assaulting everyone in Sydney to find one of his kidnapped charges. The best plot summary that one can provide for The Protector 2 is, “the same elephant gets taken again.” Trying to make any further sense of this film is folly. By the time Wu-Tang Clan godfather and The Man With The Iron Fists director/star The RZA shows up as the villain, with an accompanying stable of martial artists that fight for sport, you’re likely to be completely lost.

This nonsense plot is a bigger problem than it might seem. Jaa would like to present himself as a Thai answer to Jackie Chan, what with his acrobatic style and tendency to do his own stunts (there’s even a comic moment in Tom Yum Goong where Jaa meets a Chan impersonator). However, watching Chan’s classics from the 1980s reveals a dedication to storytelling that goes well beyond the fight scenes; a Chan film such as Police Story never lulls or bores the audience during the periods when stunts aren’t happening. By contrast, The Protector 2 is so confusing during its quiet moments that the audience can get exhausted before the fights even start, just from the effort of trying to figure it out.

At certain points, it even seems that The Protector 2 is trying to comment on the amount of nonsense that it contains. One fight scene uses electricity in ways that are so wildly against the laws of physics that Pinkaew employs lightsaber sound effects from Star Wars to emphasize it. But Jaa’s on-screen presence is not unlike that of Chuck Norris, where he isn’t simply unwilling to laugh at himself, but the entire concept of self-mockery seems foreign to him. Other actors in the film, such The RZA or Chocolate star “Jeeja” Yanin, wear a humorless look that not only demands for this film to be taken seriously, but threatens violence against anybody who starts laughing.

Still, it must be said that Jaa and Pinkaew are masters of the fight scene. All of the great martial-arts stars put together fights that are almost short stories by themselves, with miniature plots, rising action, and a thrilling denoument. Jaa does the same, putting an exclamation point on each story with a jaw-dropping stunt. His acrobatic interpretation of Muay Thai is as singular as Chan’s use of improvised everyday objects as weapons, and although the computer effects in this film don’t look good, they at least allow for imaginative visuals such as a fight in a room where the walls are entirely on fire. Jaa also deserves accolades for making the fighters opposite him look good; the real star of The Protector 2 may well be American martial artist Marrese Crump, who appears faster, more agile, and more powerful than Jaa in every scene where they face off.

In some ways Jaa has become a victim of his own success. His immensely profitable films cleared the way for action filmmakers across southern Asia, but now that the Indonesian director/star combo of Gareth Evans and Iko Uwais have three films under their belts (Merantau, The Raid: Redemption, and this yeat’s The Raid 2), Jaa’s style looks like a Saturday morning cartoon compared to their brutal, electrifying fights. At the end of the day, it may well be that Jaa has simply been overtaken by other filmmakers whose work he helped birth into the world.