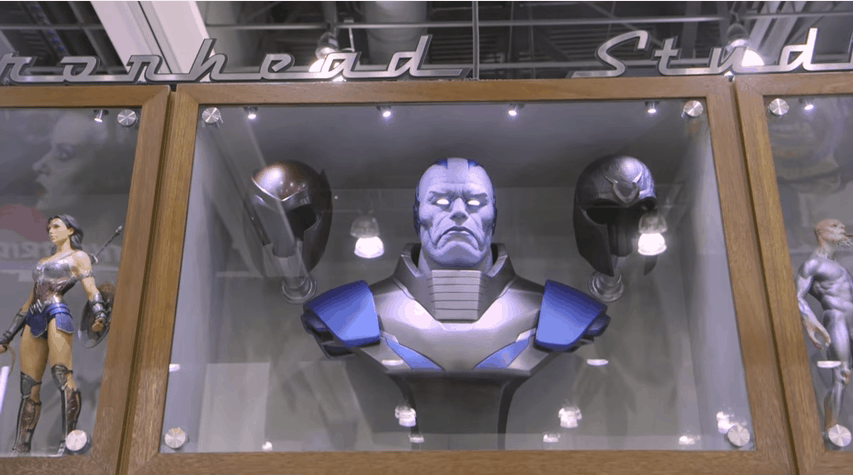 If you’ve been following my writing on here, you may have noticed that I’m a fan of movie costume design, superheroes in particular. So when Norm from Tested spent some time talking to Jose Fernandez, the founder of Ironhead Studio, you can bet my interest was piqued. Fernandez and Ironhead are behind a surprising number of recent superhero and sci/fi fantasy costume designs in the past decade and change. They’ve worked on both sides of the Marvel/DC divide, having designed costumes for Batman v Superman, Captain America: Civil War and a host of others. Norm’s interview with Fernandez also comes with the bonus feature of some up close looks at Ironhead’s recent work, like the Black Panther helmet for Civil War, a piece that reveals more and more interesting detail the closer you look at it. Fernandez talks with norm about his background, his methods and how he uses both hand-sculpting and digital techniques, and how the craft has changed over the years. It’s a fascinating video, not just for costume geeks like me, but for people looking to get into the world of design.

One element in the video that may catch a lot of peoples’ attention is Fernandez’ take on Apocalypse. No, he didn’t design the divisive look Oscar Isaac is sporting for X-Men Apocalypse. Ironhead was outbid on the project to design Apocalypse for the film, but Fernandez decided to showcase what he would have done anyway, and threw together a design based on the cast taken of Oscar Isaac for the film. And it looks a heck of a lot like Apocalypse, definitely moreso than the version seen on film. This image may be something that starts making the rounds on the internet in the next little while, possible hashtagged #WhatCouldHaveBeen.

Check out the video below.