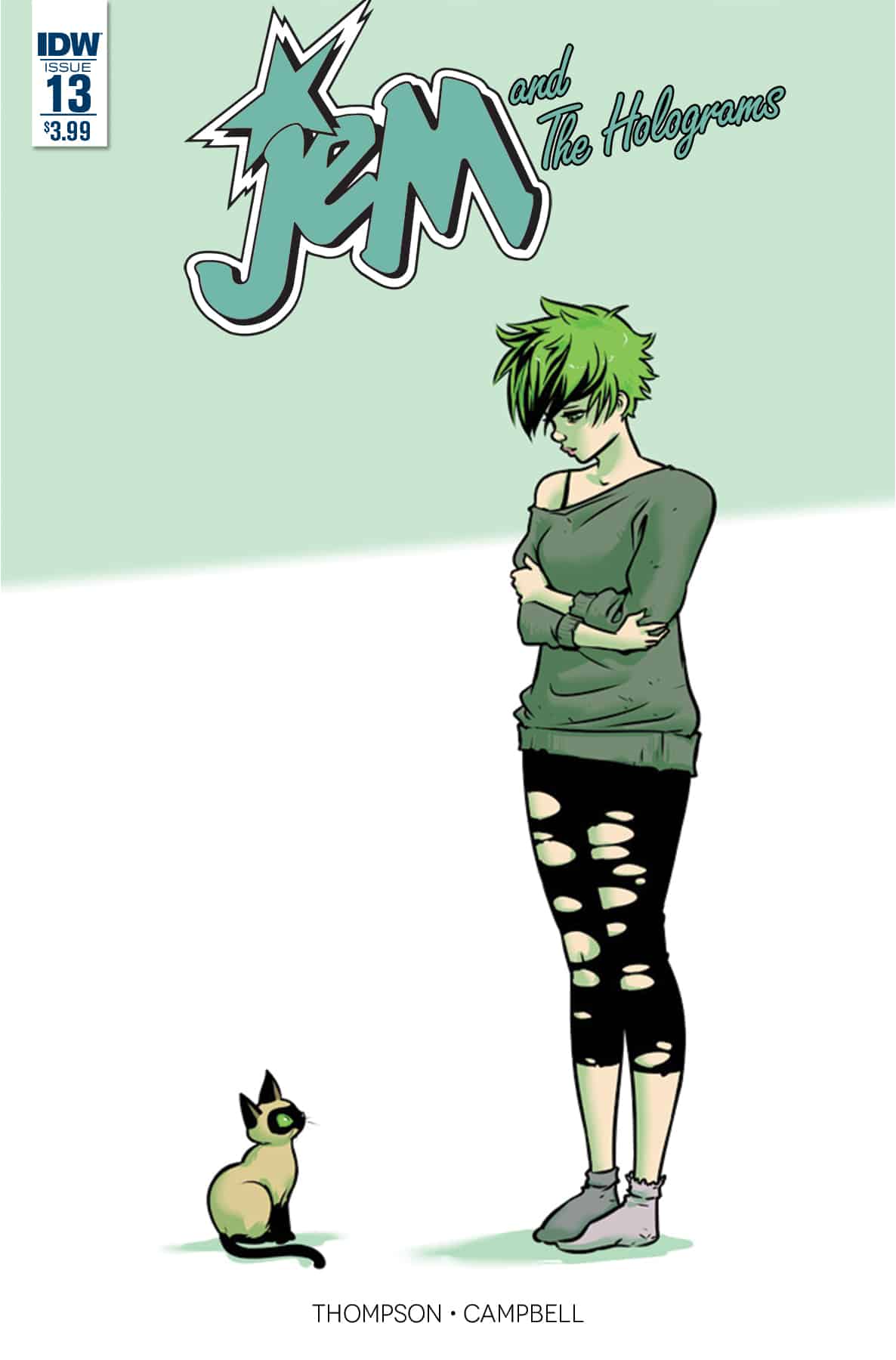 Jem and the Holograms #13
Written by Kelly Thompson
Art by Sophie Campbell
Story by Thompson and Campbell
Colors by M. Victoria Robado
Letters by Shawn Lee
Edits by John Barber

As the “Dark Jem” arc hits its full stride, the story takes off, fast and fun. Kelly Thompson built up an anticipation for what Silica and Dark Jem might bring during the last two issues, and Jem and the Holograms #13 pays off in humorous character hijinks and ebullient art by Sophie Campbell and M. Victoria Robado.

The colors on this issue are outstanding, tonally building the emotional content. Robado uses a bright and bold palette during the Misfits’ first concert performance with Blaze at the mic, then jumps back to the black and pastel for the characters under the influence of Silica. When checking in on a recovering Pizzazz, her signature green and purple are darkened to suggest a variation on theme with a Dark Pizzazz, one who is shadowed by depression rather than infected by Silica.

The color schemes build onto the highly stylized, largely widescreen paneling of characters. Sophie Campbell mixes music video and action sequence through the bulk of the issue, intercutting the two spaces: the Misfits’ performance and Jerrica, Rio, and Aja’s main squeeze kidnapping the Holograms. Three highlights stand out. First, Jerrica mentally breaking from Silica’s grip, which is depicted with a double-image of Jerrica and Jem with fragmenting squares of hologram pulling away. Second, Synergy and Silica in conflict over regaining control of Jerrica. Third, depressed Pizzazz, whose new softness exemplifies Campbell’s gift with face and form.

The art elevates a fun story to a must-read, but Thompson’s not being outshone. Her story revolves around a repeated leitmotif of “What’s happening?” The characters are out of their comfort zones. Relationships are turned upside down, characters don’t recognize those most important to them, while others are trying out new roles. Behind the anxiety of these changes is the shadow self of Silica, representing the dark impulses of the characters and bringing them to the surface. 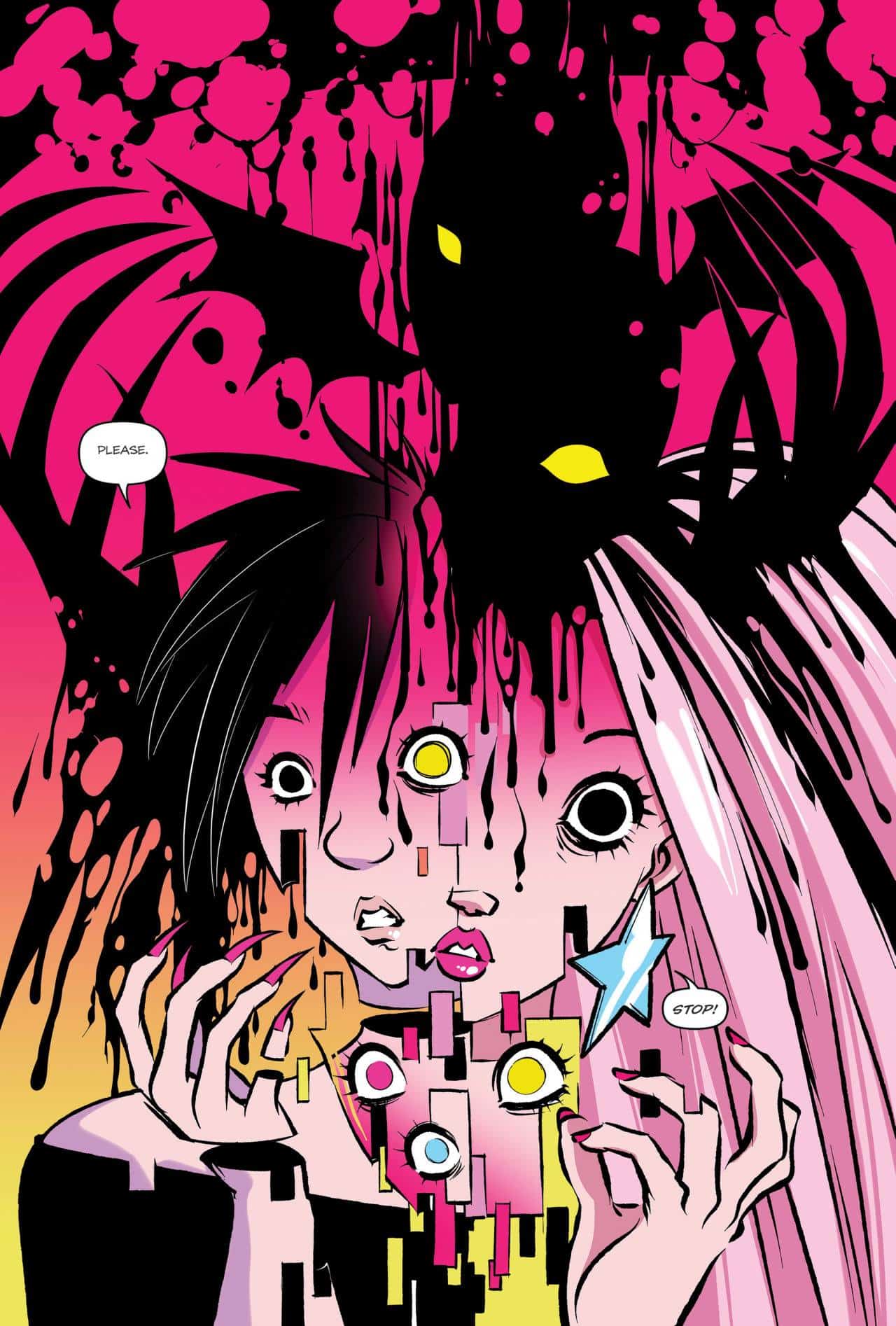 However, it wouldn’t be Jem if these issues weren’t explored with playfulness and humor. One of the great lines of the issue is “I can’t believe we’re kidnapping your sisters again.” It calls back to the Valentine’s Day special and hangs a bell on the nature of Jem’s hijinks. The visuals of Jerrica and crew in a parody of stealth with their ski masks and around-the-corner peeks bring a farcical comedy that continues with the slapstick of Aja fighting against her man and ending up restrained head to toe with duct tape to keep her subdued.

In an already stellar arc, Part 3 delivers on the expectation and ups the ante. This comic continues to be a highlight of my month.