For those of you who haven’t seen, video game journalist Jim Sterling is being sued by Slaughtering Grounds developer Digital Homicide for over $10 million in the culmination of a years-long feud. Without going into too much detail, as Jim Sterling has already taken great lengths to archive virtually every step of the squabble (you can view the whole debacle here), the controversial critic stoked DH’s ire by uploading an absolutely negative first impressions video of their game. It’s been back-and-forth ever since.

Employing his usual bravado and unrelenting style, Jim Sterling targeted DH consistently thereafter, uncovering some ethically questionable design choices, sales practices, and general behavior. For Digital Homicide’s part, they’ve launched numerous campaigns under multiple names (Imminent Uprising, ECC Games, etc.) to repudiate Jim Sterling’s claims and then some, with allegations of censorship, false DMCA claims, and intimidation tactics aplenty. Whether either party is justified in their petty attempts at revenge really isn’t the point here, but it’s important to understand the background: they’ve both acted like dicks, yet only one is doing something in a legal grey area—and it’s not Sterling.

Where the anger at Jim Sterling’s relentlessness is understandable, verging on pitiable, this lawsuit is not. Even without knowing any details, it’s a confusing and somewhat unprecedented move to say the least; and as you might expect, learning more only makes it clear that the suit is absolutely baseless. If the fact that Digital Homicide is representing themselves in a multi-million dollar lawsuit doesn’t tip you off to their complete lack of self-awareness, then perhaps the reasons behind the suit might: the earliest mentions of taking Jim Sterling to court involved the explicit use of the phrases “Worst Game of 2014 contender” and “absolute failure.” 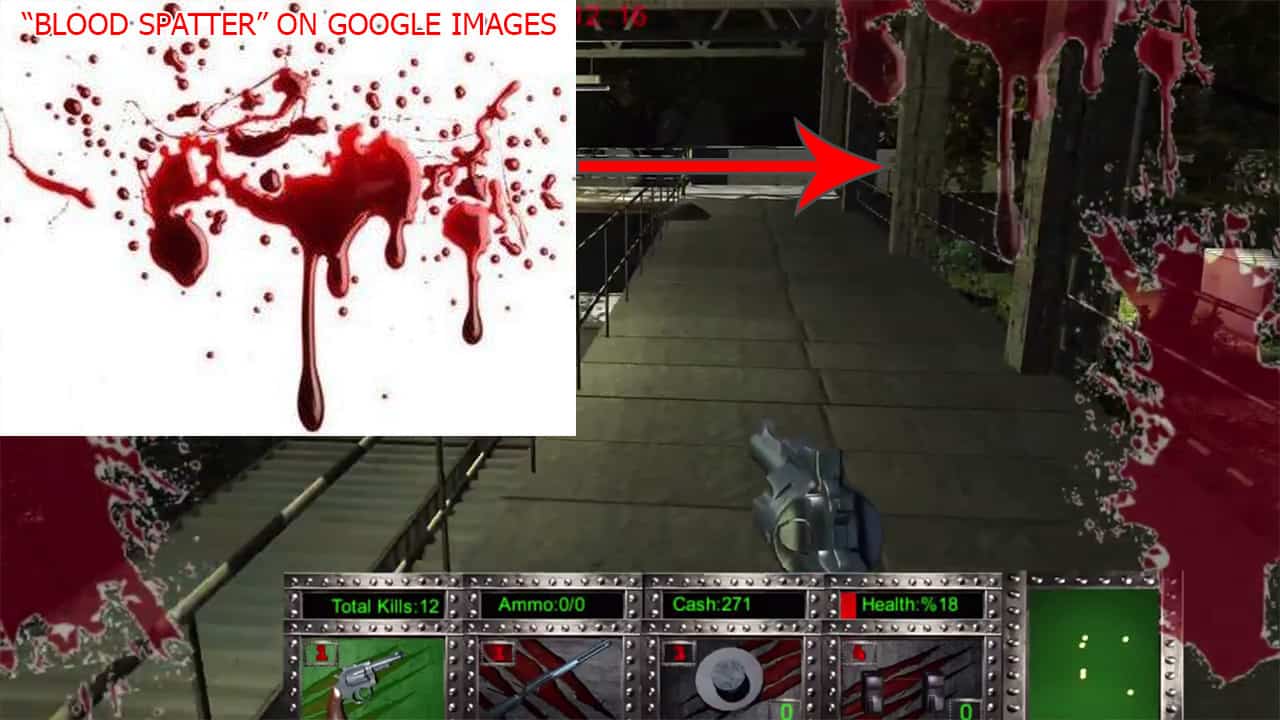 One of the many criticisms of “The Slaughtering Grounds” was its use of stock images.

Those following the events prior to the lawsuit might be familiar with this second phrase, as Digital Homicide has continuously stated the term “absolute failure” cannot be used to describe their game, as it is, in the most literal sense, functioning (and thereby not an “absolute” failure) or that because Jim Sterling did not invest enough time to see everything the game has to offer, he cannot say definitively that it is “absolutely” a failure. Anyone with a hint of legal or journalistic sense would understand that hyperbole is a protected form of speech, otherwise Roger Ebert might’ve been sued for calling V/H/S not a “real movie.” Semantics aside, implying that inclusion on a worst-of list is grounds for compensation is not just laughably idiotic; it’s downright dangerous.

Of course, the dev couldn’t even keep this simplistic string of “logic” together, as the submitted reasons for the current lawsuit now center predominately on Jim’s uncovering of one of Digital Homicide’s many aliases. The supposedly offending issue involves Digital Homicide’s use of the name “ECC Games,” and how Jim noted the similarity and potential for litigation by an already-established Polish developer under the same name. It takes either absolute gall or ignorance to use evidence that you are potentially infringing on someone else’s rights as evidence that the person who uncovered this fact is infringing on your rights, and it may surprise you that I think it’s more the latter.

There’s a reason I haven’t used the term “frivolous” thus far, and it’s not (just) because I absolutely don’t want to be sued. I actually do believe that this developer genuinely thinks this is how copyright works. I can imagine an angry developer stewing over Jim Sterling videos, calling various lawyers that each laugh him off one by one until he’s exhausted them all in a tri-state area, thinking how unjust the system is that critics aren’t reprimanded for the actions of their audiences, their overt language and personas, and—for some unknown reason—their use of negative lists, and thinking he’s in the right. Now where might he have gotten such an idea?

Cue the giants: Steam and YouTube. Digital Homicide used both YouTube’s absolutely broken copyright claim system multiple times to launch false DMCA claims against him. I say “false” rather than “allegedly false” because Jim Sterling is one of the very, very few people that YouTube has endorsed and essentially promised to protect from false claims. In essence, even YouTube, the platform known for its absolutely apathetic, lax, and often downright abusive behavior, has disavowed the claims of this developer. But here’s where it gets really bad: even with this endorsement, Sterling still ended up getting sued. 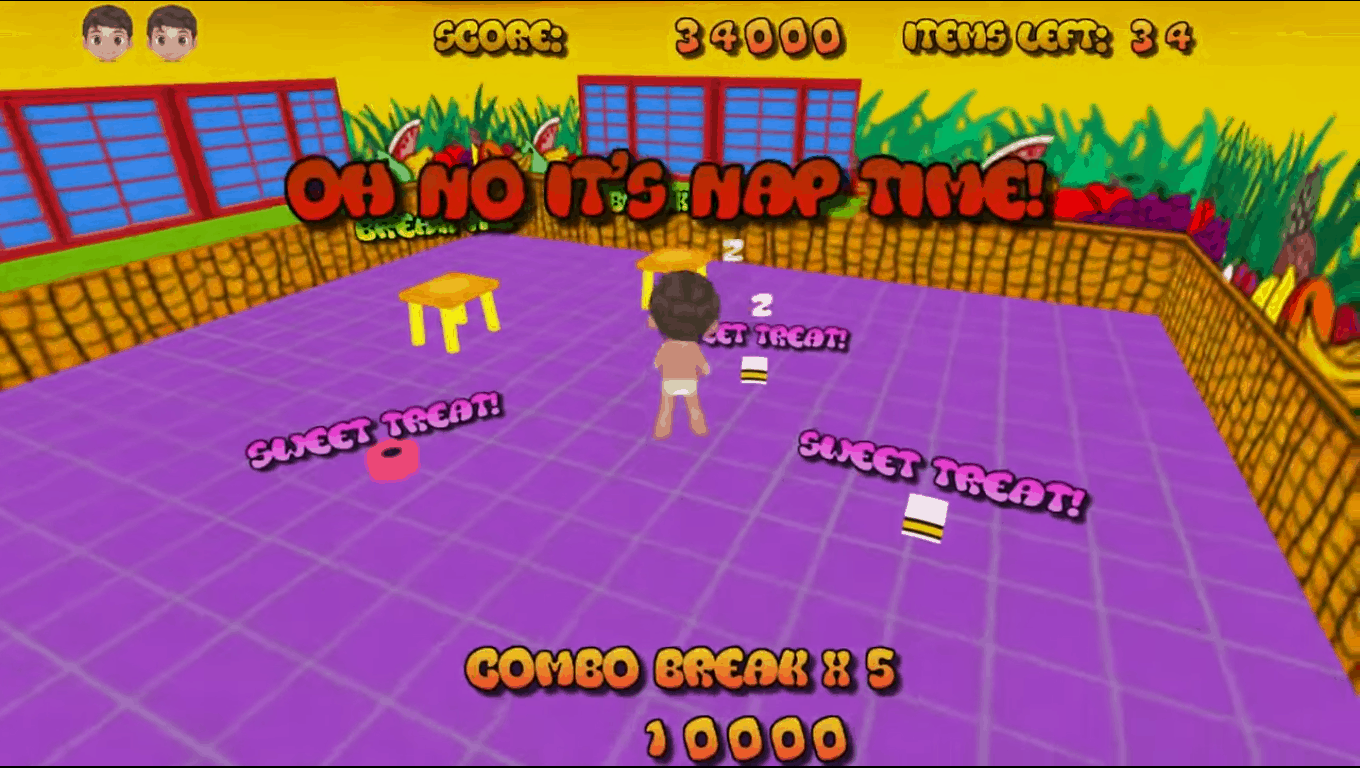 “Temper Tantrum” was one of Digital Homicide’s more abundant uses of store-bought assets.

There’s long been a mantra among YouTubers who have been conned out of money time and again through false DMCA claims: at least it never goes to court. After the false DMCA is flagged, appealed, and eventually proven for the idiocy that it is, YouTube gives the DMCA claimant the simple ultimatum that it must go to court or drop the case. Even those among the recent “Where’s the fair use?” movement, including YourMovieSucks, Nostalgia Critic, and yes Jim Sterling himself, have all said that more or less it’s an extreme inconvenience, sometimes a disruption of livelihood through lost profits and occasional cancelled channels, but it almost never goes to court. That’s because the claimants know that it wouldn’t stand in court. If anyone thought they could get some money out of copyright infringement claims on YouTube, they would try, but conveniently that’s a road very few people go down. It takes a true, absolutely idiotic believer in a make-believe legal system where “fair use” equates to “fair according to me” to actually go to court over an opinion, and that’s why Digital Homicide has done something absolutely unprecedented.

Steam is just as much to fault as YouTube, as anyone who has visited the Greenlight section would know. When I referred to “legal grey area,” I was specifically talking about asset flips: the action of purchasing pre-made assets, adding little to nothing to them, and then attempting to resell them for a profit. While it is, as far as I know, technically not illegal, it’s obscure enough that there is little, if any legal precedent to account for. Digital Homicide is not the most egregious type of asset flipper—they’re more of an “asset cobbler” than anything, mixing and matching pre-made assets without actually going so far as to resell the assets wholesale—but the uncovering of multiple character models, textures, and images being bought straight from a storefront has led to widespread disgust with the developer as it is, simply put, absolutely ethically and creatively bankrupt.

And yet, in spite of years of this occurring in much worse ways, with various “developers” stealing licenses, assets, or mods, along with anything else they might be able to hock, and blatantly re-selling them on Steam Greenlight, Steam has done next to nothing to change its policies of “community moderation.” This is not a new concept—in fact, it’s so ubiquitous, those who have heard of this are probably as sick to death as I am of hearing about it. But just the same as YouTube, con artists of any stripe can lie and cheat their way to a quick buck with hardly so much as a slap on the wrist. There is no incentive not to continue to asset flip, file false DMCAs, censor users who disagree in client-provided chatrooms, and all without any repercussions for any of their actions. 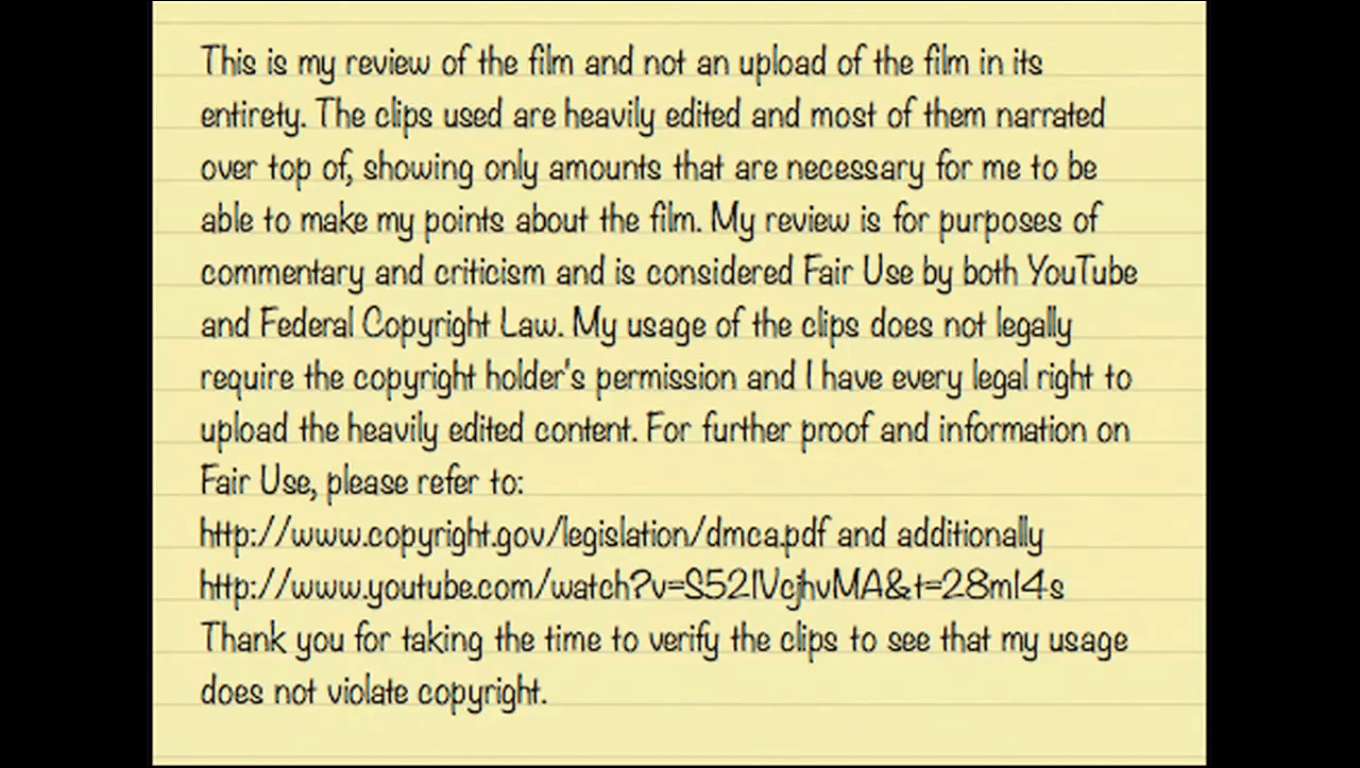 Youtube’s copyright claims system is so flawed, many prominent users have taken to writing default responses to automated claims. Pic courtesy of YMS via Youtube.

So is it any surprise that the Digital Homicides of the world think that this is how things are supposed to be? After years of undue coddling, protection, and arguable encouragement of behavior that ranges from morally questionable to downright illegal, why wouldn’t someone think this is just how things are supposed to be? Gaming platforms have consistently ignored their responsibility to enforce the most basic of decencies owed to their clientele—and in YouTube’s case, also their content creators—and this is the result of that stagnation.

But this is far from the end. YouTube and Steam are monopolies in their respective fields, and they’ll continue to ride the gaming bubble until it inevitably crashes from gross and avoidable neglect…unless something changes. It’s easy to write off Digital Homicide as a single case of idiocy spurred on by an overly aggressive critic, but with this lawsuit Digital Homicide has given legitimacy to money-hungry guerrilla dissent. Digital Homicide will lose, there’s little doubt about that, but the idea that idiotic or malignant forces will stop short of a court of law can no longer persist in our dialogue. If some penniless developer whose claim to fame is peddling dreck can take an outspoken critic to court because he exposed his fraudulence, who’s to say those with more assets or smaller brains won’t think to do the same? Content creators have thus far been content to express discontent when it’s convenient or in a moment of frustration, but creators and fans alike will have to take substantive, coalition-based action if they hope for this mess to stop from spiraling out of control. This isn’t an outlier.

This is a wake-up call.