Katherine Heigl, actress, producer, and philanthropist, is most known for her role as Isobel Stevens on Grey’s Anatomy and her roles in many romantic comedies like 27 Dresses, The Ugly Truth, and Life As We Know It. She has modeled, starred in television shows, and so much more. She is currently starring and producing in a new show on Netflix with Sarah Chalke called Firefly Lane.

Apart from her acting career, she spends time as an animal rights activist and enjoys family time with her husband, Josh Kelley, and their three children. You may think you know Katherine Heigl, but you have no idea. She’s more than just what you see on the screen or what you read in articles.

Here are 25 things you probably didn’t know about Katherine Heigl:

1. She is the youngest of four children.

Her siblings are Meg, who was adopted from South Korea, Holt, and Jason, who died in a car crash in 1986. After Jason’s death, their family converted to the Church of Jesus Christ of the Latter-day Saints.

2. She lived in Virginia and Denver before her family moved to New Canaan, CT, when she was five.

New Canaan is where she grew up and went to school, even during the beginning of her modeling and acting career. She later moved to Los Angeles with her mom after her parents divorced.

3. One of her aunts was visiting and sent pictures of her, when she was 9, to modeling agencies, with her parent’s permission.

She was signed to Wilhelmina Models and debuted in magazine advertisements for Sears and Lord & Taylor catalogs.

4. She starred in a few commercials before breaking out in her first film, That Night starring Juliette Lewis, C. Thomas Howell, and Eliza Dushku, in 1992. 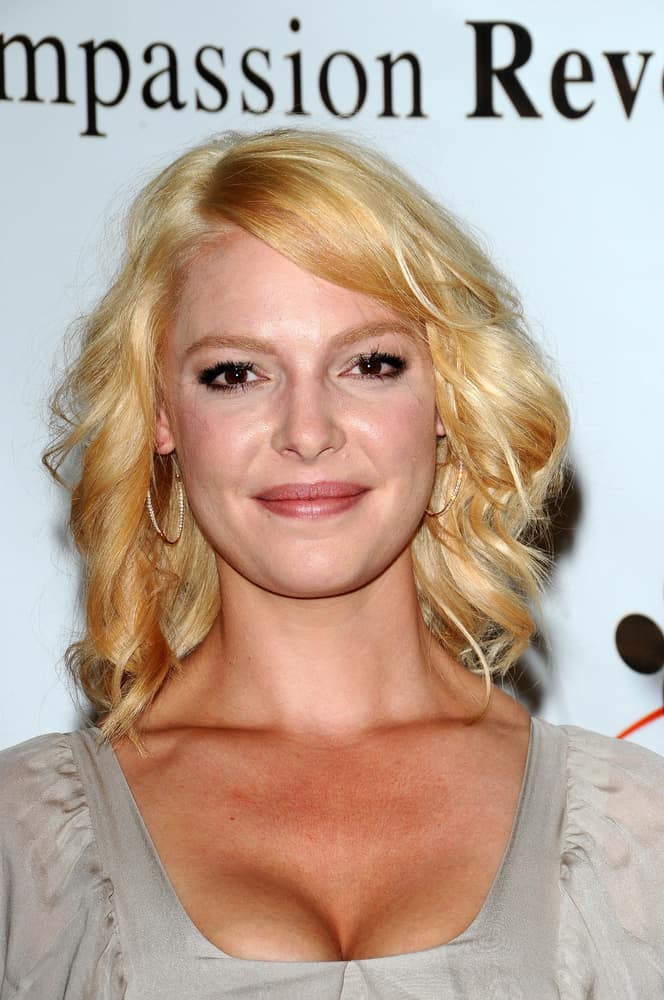 She had a minor part in the film, which was set in Long Island in the summer of 1961, where pre-teen Alice (Dushku) befriends her neighbor Cheryl (Lewis) and helps her see her love, Rick (Howell).

5. Soon after, she was cast in the lead role of the 1994 comedy, My Father the Hero, alongside Gerard Depardieu, who played her father.

In this film, she is on vacation with her father in the Bahamas, and her character attempts to impress a boy by pretending that her father is actually her lover.

She played the older sister to Danielle Harris’ character, who makes a wish to switch places with her popular sister. Think Freaky Friday, but with sisters. 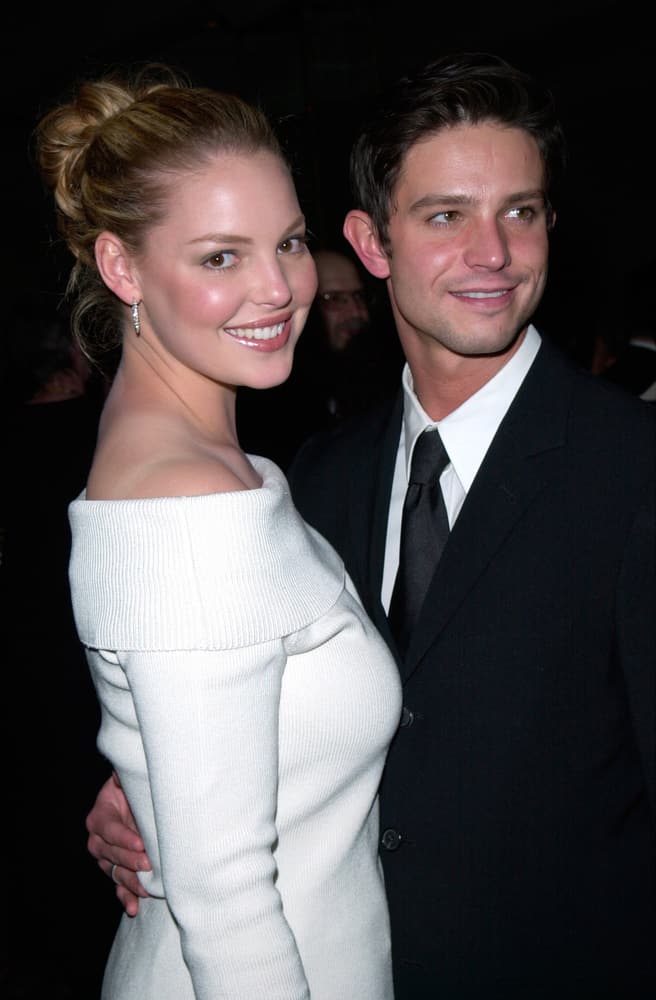 Roswell was her first television series, where she played alien Isabel Evans alongside Shiri Appleby, Brendan Fehr, Majandra Delfino, and Jason Behr. Grey’s Anatomy is considered her breakout role that got her more into the Hollywood spotlight, as she played surgical resident Isobel Stevens. Even the last names are similar.

8. She started a non-profit called Heigl’s Hounds of Hope with her mom, which rescues larger dogs that have behavior problems from shelters with high kill rates and rehabilitates them. 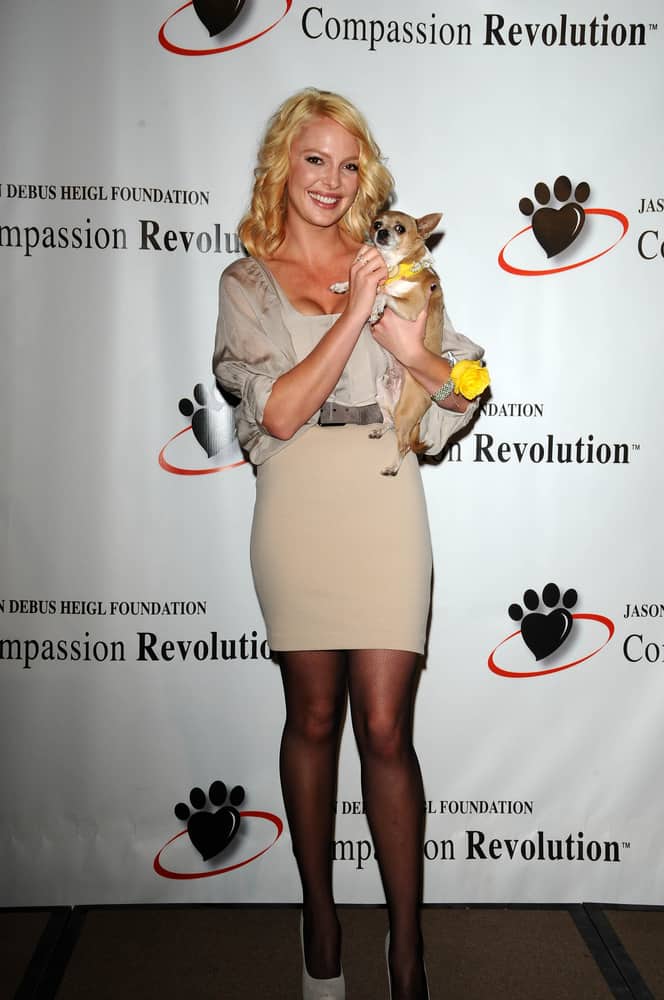 The non-profit is part of a larger non-profit, Jason Debus Heigl Foundation, established in 2008, named in honor of her late brother, which works to end animal cruelty and overpopulation.

9. Received the Presidential Service Award in 2010 from the ASPCA for her work fighting for animal rights.

She and her husband adopted daughter Naleigh from South Korea in 2009 and daughter Adelaide Marie Hope from Louisiana in 2012.

11. A fan once sent her thousands of bottles of Tabasco sauce.

Tabasco was what her character Isabel on Roswell and the other aliens Max and Michael constantly used on their food.

12. She almost gave up acting after she was rejected for roles on Felicity and Alias.

However, soon after, she got the role of Izzie on Grey’s Anatomy, which launched her career.

13. She was in the lowest-earning movie in recorded history, a thriller called Zyzzyx Road.

She acted alongside Tome Sizemore, and the film grossed $30 at the box office.

14. Met her husband, singer Josh Kelley, in 2005, on his music video for Only You, which she starred in. 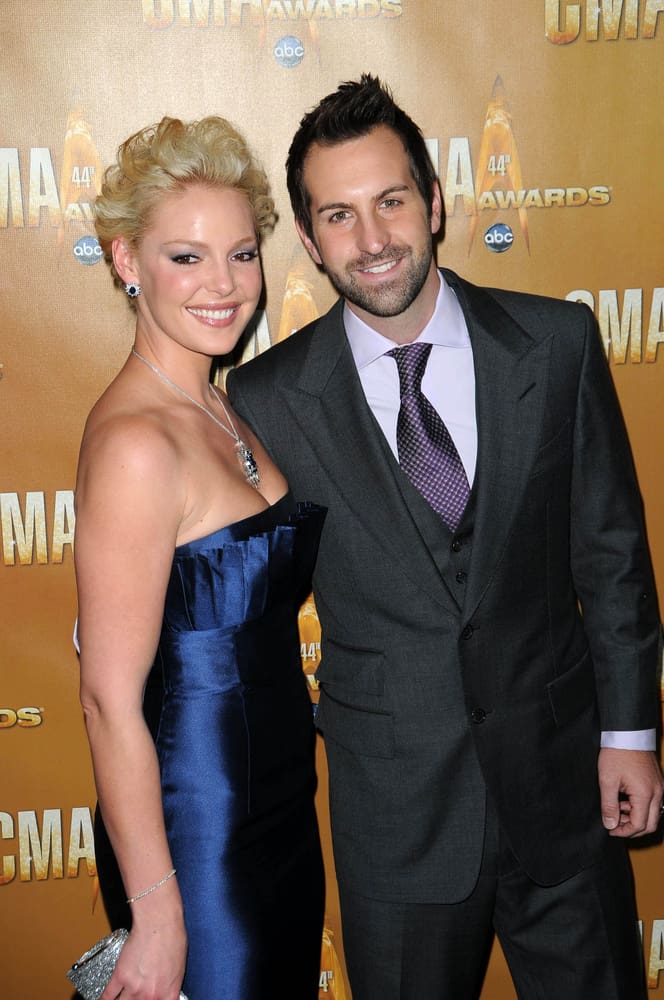 They were engaged a year later and wed on December 23, 2007, in Park City, Utah, where they live.

15. She started her own production company with her mom, Nancy, who is also her manager, called Abishag.

In the Bible, Abishag was a woman who attended to David as a nurse and companion. In the Hebrew language, Abishag stands for “my father strays,” – which could allude to her parents’ divorce in 1997.

16. When her brother died from injuries sustained from his car accident, her family decided to donate his organs.

Since then, she has been an advocate for organ donations.

17. Received backlash for an interview she gave after starring in Judd Apatow’s romantic comedy Knocked Up in 2006, in which Heigl’s character gets pregnant from a one-night stand with Seth Rogen’s character.

She stated the film painted “women as shrews,” humorless, and uptight, and “it paints the men as lovable, goofy, fun-loving guys.” In a Vanity Fair Interview, she did state she “enjoyed working with Apatow and Rogen, but had a hard time enjoying film” because she thought it was “a little sexist.”

18. In regards to her Vanity Fair interview, she told People Magazine that her “motive was to encourage other women, like myself, to not take that element of the movie too seriously and to remember that it’s a broad comedy.” 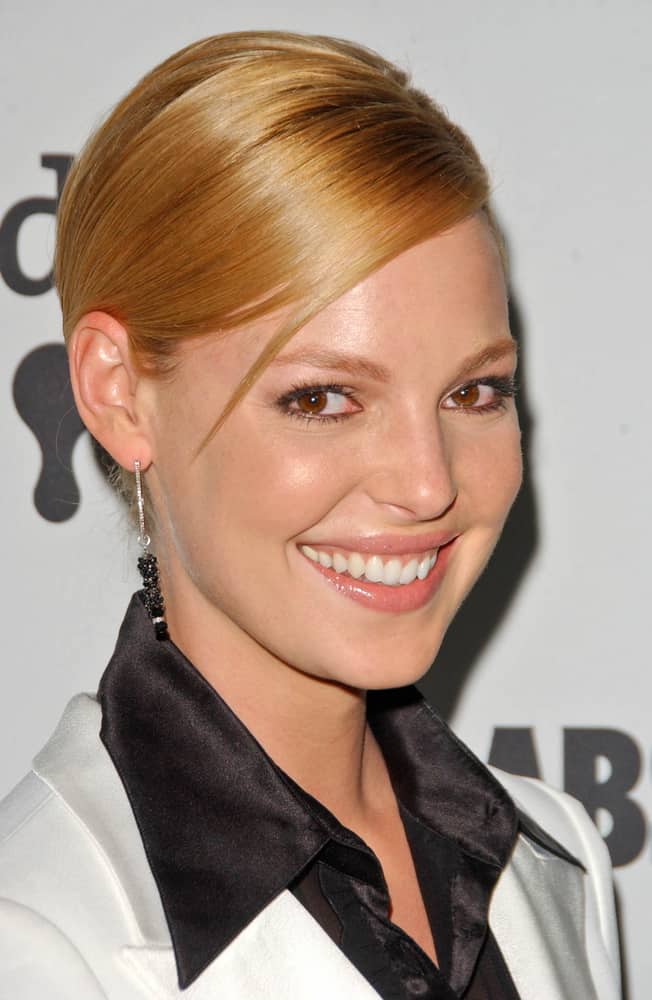 Which it is. Most of Apatow’s movies are comedies, look at 40 Year Old Virgin and This is 40, which are the prequel and sequels to Knocked Up.

19. She has been called difficult, ungrateful, a hypocrite, and a traitor because of her Knocked Up interview.

She has since been working to regain her fans’ trust by using social media to show who she is off-camera, which has been working. She has been chronicling her home-life, especially during quarantine, with her three children and husband.

20. In 2008, she took her name out of the running for an Emmy nomination because she didn’t feel she was given the material that would warrant a nomination. 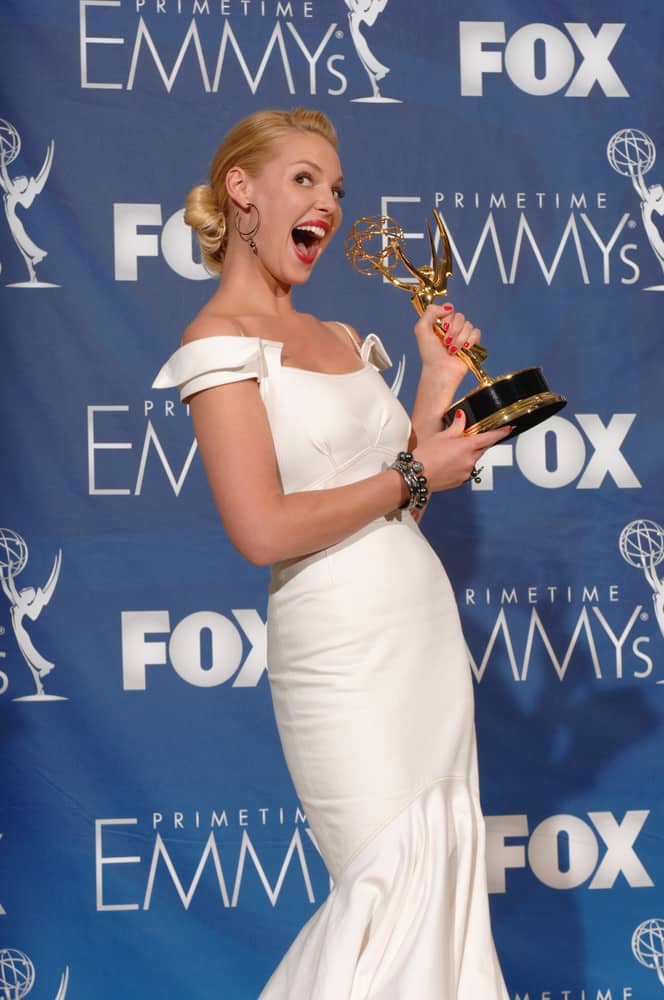 She received backlash for this as well and spurred rumors of her leaving Grey’s Anatomy.

Some thought it was to advance her career, but in reality, she said it was to focus more on her family, which was growing.

22. In 2011, she launched a campaign called “I Hate Balls” to promote spaying and neutering pets.

23. Since she was a teen, she has suffered from anxiety but only recently started getting regular help.

She started seeing a therapist regularly a year after her son’s birth and was put on medication for her anxiety.

24. In a recent interview with Washington Post, she spoke about the backlash she received from the media. 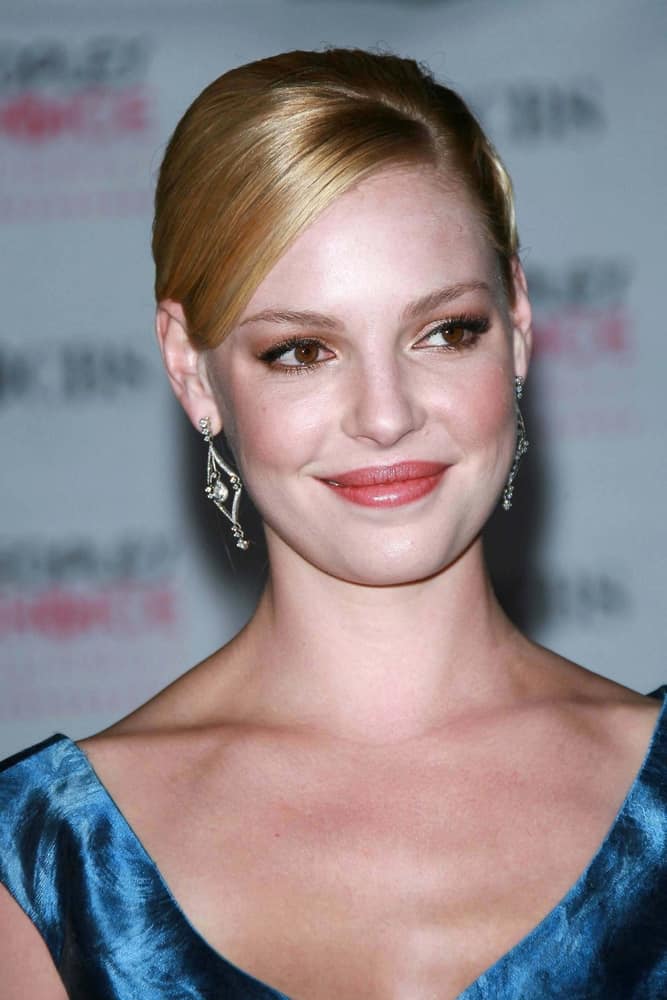 She is older and wiser now, learning from past mistakes, and has said to have done some inner soul work, but has stated that she will continue to fight for her beliefs. She stated, “what is your definition of difficult? Somebody with an opinion that you don’t like?”

25. She is the Executive Producer of a new show, Firefly Lane, on Netflix.

This new show is close to her heart as it follows a friendship between Tully Hart (Heigl) and Kate Mularkey (Sarah Chalke) through the good times and bad. Heigl has a close group of friends from her childhood that she is still close with. They recently got together for an at-home premiere party that one of her friends put together for the show that you can see on Heigl’s Instagram.

What is Katherine Heigl’s net worth?

Katherine Heigl’s net worth is $30 million.

Why did Izzie leave Grey’s Anatomy?

Heigl played the role of Dr. Izzie Stevens from 2005 to 2010. She left the show in season 6 to focus more on her family. In the storyline, Izzie left Seattle to start a new life and eventually sent divorce papers to Alex Karev (Justin Chambers). When Chambers left the show in season 16, her arc came to a more fitting end when Alex left Seattle to be with Izzie and their twins.

Is Grey’s Anatomy a true story?

No, it’s not a true story, although some storylines are based on real-life events.

What are the parenting values Katherine Heigl and her husband Josh Kelley bring from their childhood?

In an interview with Scholastic, Heigl said that she and her husband came from families that valued character, integrity, and morality. They both work to provide that and teach that to their children, as well as having compassion.

Does Katherine Heigl do work with organ donation?

Yes, she works with an organization called Donate Life. Organ donation hits close to home because a car accident left her brother brain-damaged, and her family decided to donate his organs.

What is the Jason Debus Heigl Foundation that Heigl founded with her mother in 2008?

The foundation is in honor of her brother Jason who died in a car accident. She said her brother had a social conscience that not many teenagers have. He loved all animals and always showed compassion and kindness to all creatures. The foundation works to end animal cruelty and address pet overpopulation with spay and neuter programs, among other things.