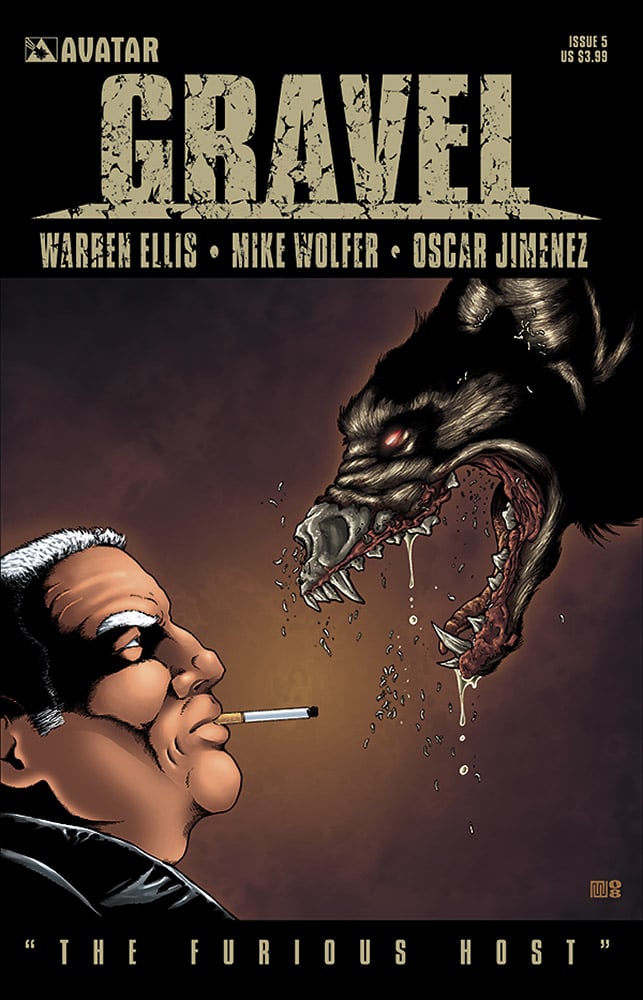 The mad mind of Warren Ellis is once again to be unleashed on the big screen. According to Variety, Legendary Pictures is picking up the film rights to Gravel, the comic book series created by Warren Ellis (The Authority and Planetary) and published by Avatar Press.

Gravel is sort of a hybrid between the spy/espionage and dark fantasy genres. The series follows a British combat magician named William Gravel who uses his skills in dark magic to moonlight battling supernatural beings for clients in order to make some extra cash.

Ellis, who has two more comic book properties in development: Red (set to star Bruce Willis and Moran Freeman) and Ocean, is keeping busy as the creative force behind Gravel by writing the screenplay and acting as the executive producer.