With the long awaited Blu-Ray release of Disney’s The Hunchback of Notre Dame and the home release of last year’s Les Misérables, March is a big month for the stories of Victor Hugo. In addition to both becoming marvelous musical adaptations, the two stories have a fair amount in common. Each story is one that pits a mass of people on the margins of society against an unforgiving and repressive political system, represented in each case by a singular law enforcement figure, Judge Frollo in Hunchback and Inspector Javert in Les Mis. This revolutionary, populist spirit is fitting for the age of the Tea Party and Occupy Wall Street movements.

However, given the contentious place of the Catholic Church in recent years, with its prominent role in debates surrounding gay rights and birth control and the shadow of child abuse (and plenty of shameful notes throughout history), both films also stand out for the purity of their depiction of the Church. More reasonably described as a portrait of what the Church could or should be than what it is or was, in both stories the Church represents an unyielding compassion and forgiveness for all who society has cast out, no matter how far they’ve fallen from notions of Christian piety. 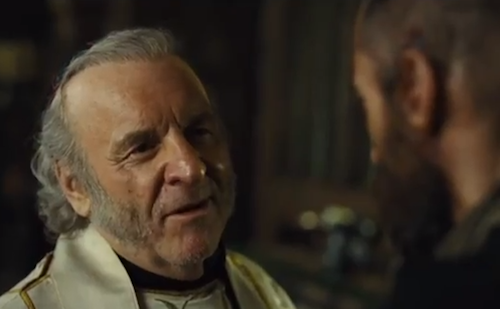 For Jean Valjean, his sin is less the theft that got him arrested, forgivable as it is in the context, but rather the hardening of his heart during his long years as a prisoner. He may have valid grievances against society but his hostility toward humanity at this point is certainly not Christian. However, one moment of intervention by the Bishop completely changes Valjean’s life and purpose. He is not always presented with clear moral options, and notably he is an imperfect savior, failing Fantine during her life, but from that point those considerations are at the forefront of his mind.

The impact of the Church in Hunchback is less personalized as there is no moment of conversion. Instead, Notre Dame represents the Church as a broader concept of sanctuary, first saving Quasimodo and then housing Esmerelda, even though she is a gypsy and presumably adheres to some form of pagan belief system rather than Christianity. In a city that quickly fills with chaos, Notre Dame literally becomes a castle under siege, the Church being the one force that is able to stand up to the evils of men in the form of Frollo. 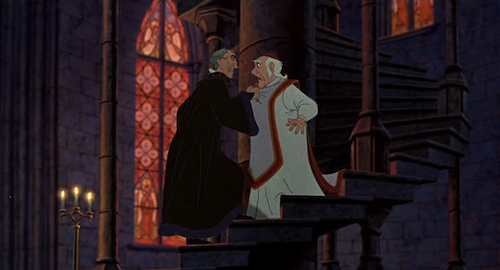 Notably, neither of these stories has a purely happy ending. In the case of Les Mis, the revolution fails and many of our heroes fall. In Hunchback, while the people effectively rise against Frollo, Quasimodo notably does not end up with Esmerelda. Instead, she goes with the more typical knight in shining armor. This sets the stage for the two stories’ final theological point, that it is the next life and not this one that matters most. Les Mis hits this home most forcefully with its final scene showing all the deceased standing joyously atop a grand barricade. Where they met with struggle and failure in life, they found victory in death due to their faith.

This glorious portrait of the power of Christian faith may be as strong a case as can be made for the religion, but for many it can rest rather uncomfortably. Though it provides a happy ending, the resolution of Les Mis is sure to set off Marxist “opiate of the masses” bells ringing, finding it too easily makes us forget the real social problems that exist. Moreover, given all the negative aspects of the Church in history, some may just not want to accept such an uncritical portrait as that kind of reverence is often what allows the Church to fail to live up to Hugo’s idealistic portrait. Whether one embraces these stories are not, it is indisputable that the themes are of primary importance for Hugo. 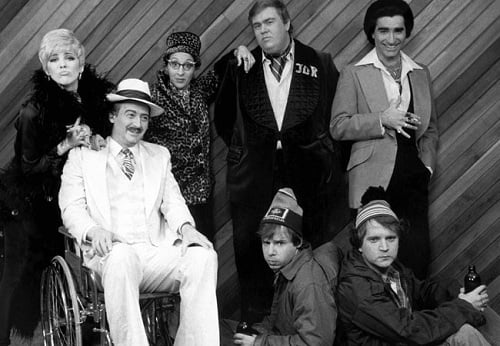 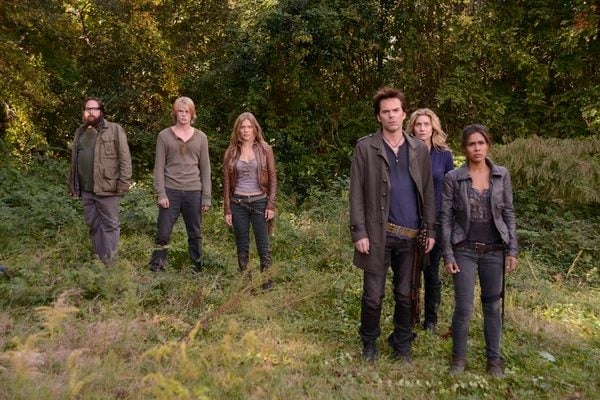