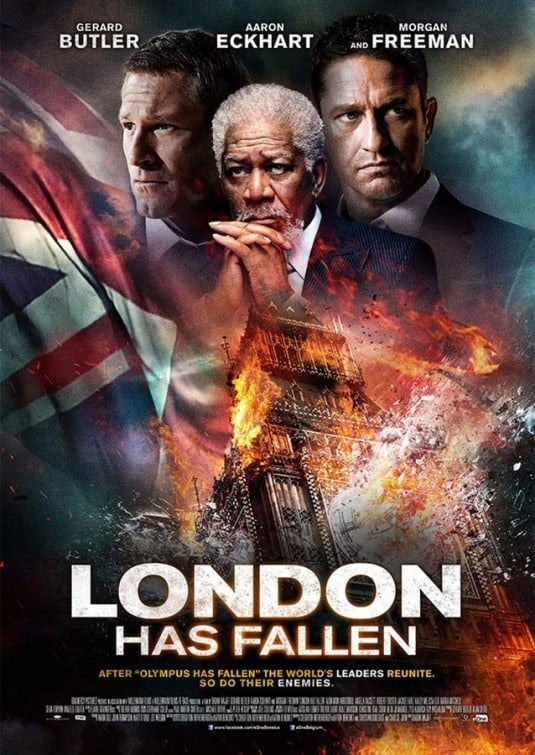 When Olympus Has Fallen and White House Down both came out in 2013, it seemed obvious that the vehicle starring Channing Tatum and Jamie Foxx would be the one to make big bank. Oops. Olympus Has Fallen did quite well on a minuscule budget, and a sequel was greenlit almost immediately. Unfortunately, that sequel is already upon us. London Has Fallen makes little effort to differentiate this film from its predecessor, and even the posters let fans know that nothing will be different this time around. The first film was a second-rate imitation of Die Hard, but London doesn’t even clear that low bar. London is terrible, and its producers knew it was terrible when they made it. It’s a cynical move, one banking on the idea that audiences will seek out something if it’s just terrible enough.

After the death of the British Prime Minister, President Asher (Aaron Eckhart) is due to attend the funeral in London, despite the vocal misgivings of Secret Service director Lynne Jacobs (Angela Bassett). The U.S. is the only place Asher can stay safe, she insists–forgetting the events of Olympus Has Fallen entirely. To ensure the President’s safety, they assign Mike Banning (Gerard Butler). Banning quickly discovers a plot to assassinate all the attending world leaders concocted by arms dealer Aamir Barkawi (Alon Moni Aboutboul). Barkawi’s daughter was killed by a drone strike during her wedding, and now all of the West must pay. The funeral for one dignitary becomes Barkawi’s shot at revenge, and he takes it, killing the leaders of France, Germany, Japan, and Italy. In a completely tasteless move, the writers depict the Italian president as a perv before offing him. 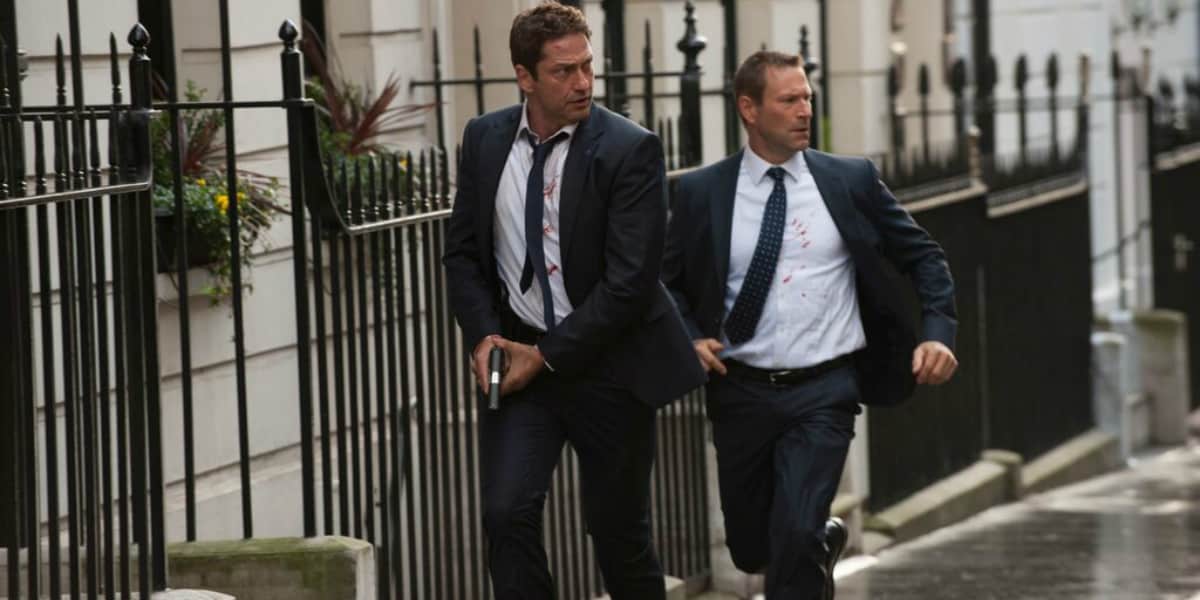 After effectively creating mass chaos across the world, Barkawi has more sinister plans in store for President Asher. He wants Asher’s face on primetime television to suffer for his sins. North Korea masterminding a takeover of the U.S. is a fantastical scenario that lets audiences revel in jingoistic preposterousness. Using a storyline that features a coordinated attack on Europe by a Middle Eastern man just to jab at the United States is, at the very least, ill-considered, not to mention offensive given how the film treats every British person in the film as an inept, but well-meaning child.

For all of the ways that London Has Fallen fails to even meet the first film in quality, it does improve in one regard. The most disappointing aspect of Olympus Has Fallen was that Gerard Butler had no one to play off of – even John McClane had Sergeant Powell to talk to in Die Hard. Action fans are willing to follow a protagonist by himself through a film, but not one without any personality. Sure, Morgan Freeman and Melissa Leo were present, but those were paycheck performances that had no interest in offering more than there was on the page. This time, the writers gave Banning a friend to play with in Eckhart’s Asher. Too often their exchanges are “edgy” only in the repetition of vulgarity. Still, the chats are appreciated as Butler’s character gets to finally share his awesome one-liners. Butler knows exactly what the audience wants from him this time around and he offers thoroughly cooked ham.

London Has Fallen definitely earns its R rating, and it was bound to when the main character’s trademark is to graphically stab everyone, everywhere. Babak Najafi’s U.S. filmmaking debut promises little but delivers on every violent whim that hardcore fans want and expect. The brain stabbing from Olympus is matched here, and if that appeals to you, then disregard the rest of this review and buy a ticket now. However, moviegoers who require a little more from their films will leave frustrated. The film’s peak comes before the end, with no final set piece to speak of, with the sole action highlight being a “single-take” sequence cobbled together with CGI. One imagines this will be the last adventure Mike Banning has onscreen, but if this makes any money, Banning will likely appear in space to combat aliens who have kidnapped the president.