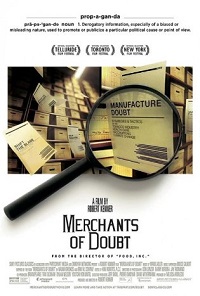 Watching the new documentary Merchants of Doubt is fascinating and infuriating in equal measure. On the one hand, this is an entertaining examination of American spin doctors and their impact on public opinion. On the other hand, it paints a bleak picture for the prospects of ever neutralizing their impact. Still, Robert Kenner’s creation has enough gallant heroes, despicable villains, and ideological intrigue to rival any political thriller. It’s a fast-paced tutorial on the politics of punditry.

Politically-charged documentaries like Merchants of Doubt can take one of two possible approaches; preach to the choir, or seek new converts from outside the congregation. Writer-director Robert Kenner chooses the latter approach, with varying degrees of success. He insinuates that everyone, regardless of political preference, suffers from the deliberate spread of misinformation. Kenner visually traces the history of corporate spin doctoring back to the ‘50s, when Big Tobacco wrote a draconian “Playbook” on how to crush their opponents in the scientific community (Rule #7: Shoot the messenger!). Using magician Jamy Ian Swiss as his card-swindling surrogate, Kenner illuminates a rampant disregard for public safety that will leave even the most strident Free Market devotees feeling morally queasy.

Kenner directs a bit too much venom at big business interests to remain above the mudslinging fray, however. Withering personal attacks on climate change skeptics, for example, as well as the celebration of intrepid scientists will likely have Righties bolting for the exits. No amount of clever archival footage or dampened vitriol can make this debate palatable for everyone, which calls into question the strategy of even trying. 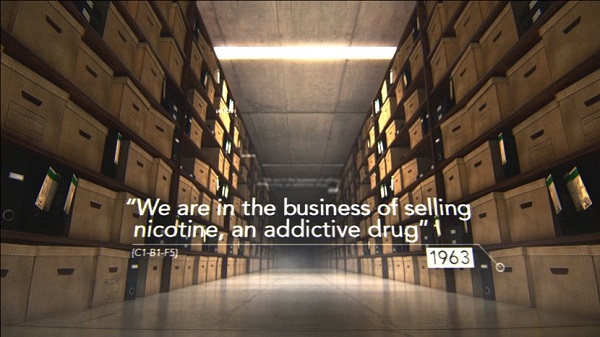 It’s ironic that a film about misdirection contains this much candor from the offending party. Multiple pundits agree to interviews, including infamous climate change denier, Marc Morano (more on him later). The doctors of spin, after all, have nothing to hide. Their job is to cast doubt on your position, not to prove their own infallibility. “Climate is just a mechanism” for political control, one skeptic coolly asserts, expertly painting his opposition into the same regulation-mongering corner. For these men, the ideology trumps all. As Swiss observes, the dealer never loses a game of three-card Monte unless it maximizes his profits down the road. As much as Kenner wants to expose the trickery (“Once revealed, never concealed”), he wants to familiarize everyone with the players. This rare glimpse into their secret society is worth the price of admission on its own.

Undoubtedly, the two stars of Merchants of Doubt are Morano and former Republican Congressman, Bob Inglis. In Morano, Kenner finds one of the most compelling cinematic villains in recent memory. One popular spy film cliché is the notion of the ‘talking killer,’ in which the baddie need only administer the final coup de grâce and our hero is toast. Instead, he delivers a soliloquy on the genius of his criminal enterprise, giving the hero a chance to escape. Only, with Morano’s coldhearted efficiency, there is no escape… and he knows it. He’s like a shark that stops eviscerating you just long enough to describe the razor-sharpness of his teeth. You listen to him with a mixture of revulsion and admiration. Creatures like this do exist; pray you never cross its path. 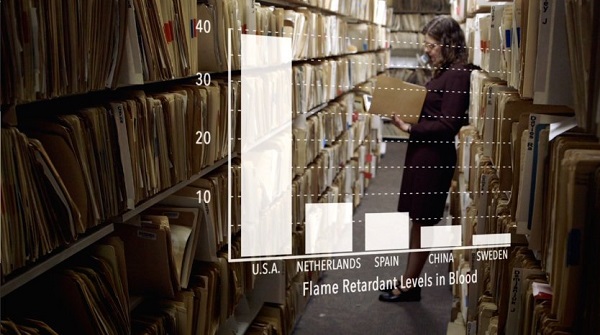 Inglis, a fiscal Conservative who served multiple terms as a South Carolina Congressman, had the political misfortune of witnessing the climate change evidence during a science mission to Antarctica. He came back preaching the scientific gospel, for which his followers (i.e.: constituents) immediately cast him out. That Right Wing radio routinely dismisses Inglis as a Liberal shill is both heartbreaking and sobering. If this man, long-seated at the Conservative end of the table, can’t convince his own people to listen, then the deck is truly stacked.

The terrifying reality that surfaces during Merchants of Doubt is that pundits don’t exist to do their master’s bidding, but to fulfill our primordial need for reassurance. They are the authoritative voice that echoes what we want to hear; that everything’s going to be okay and there’s absolutely no need to change. More importantly, they confirm that our most-cherished beliefs are correct. They are the ideological snooze buttons that enable us to sleep just a little bit longer. Put simply, the Merchants of Doubt are a manifestation of human weakness. The irony of the game is that these talented conmen make appetizing scapegoats when the court of public opinion finally shifts. But it hardly matters, for they can just morph into something else. It’s what they do. It’s why they endure while the truth perishes. And it’s what makes this film so fascinating… and infuriating. 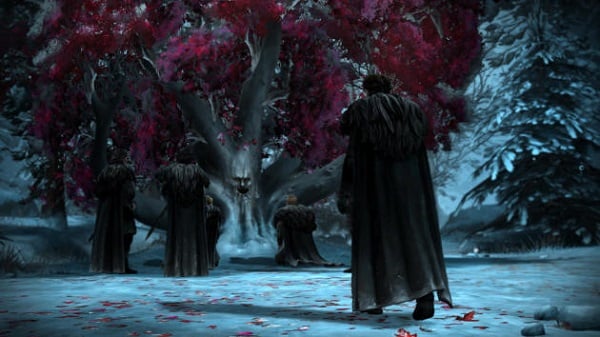