It’s the end of January and, as such, all the movie chatter is centered around what will win Best Picture at this year’s Academy Awards. Every year presents a new lineup of polarizing choices, but 2016 really took the cake with a severe lack of diversity. The Revenant and its 12 nominations were acknowledged, but snubs for Carol, Straight Outta Compton, and Michael B. Jordan were all anyone could talk about. By converting art into a competition, the Oscars really miss the point of honoring movies.

Despite the raves and pans that mark each film’s release, no one knows whether one film possesses the timelessness to best the passing decades and changing viewers. Driving Miss Daisy won four Oscars, but it’s Do the Right Thing that defines the landscape of 1989. While How Green Was My Valley beat Citizen Kane in 1941, it was Kane that became a classic. Despite the snubs that Creed and Carol suffered, like other films and performances that didn’t garner nominations, they will remain culturally relevant longer than the frontrunners for Oscar.

In that vein, these five recent films didn’t win a single Academy Award, but they are well on their way to film immortality. Here’s another reminder why sometimes no Oscars mean no problems.

The Assassination of Jesse James by the Coward Robert Ford (Andrew Dominik, 2007)
Robert Ford’s obsession with Jesse James starts off as mere fawning when he joins the James gang, but Jesse picks up on its sinister nature as time wears on. “Do you want to be like me, or do you want to be me?” The outcome of Jesse’s death is inevitable, yet both men dance around the subject, knowing their parts to play. Few movies possess character dynamics this rich and complex. Even fewer have dialogue that could rival a Greek tragedy in foreboding and tension. The relationship between James and Ford is a meditation on fame and the dehumanizing effects it as on people. Paranoia eats away at James’ soul and turns the legend into a shadow of himself while Ford contemplates what deadly measures he’ll take to obtain fame of his own. Andrew Domink’s film appears to be a western; instead, he uses Jesse James to examine celebrity and idolatry within myths and legends.

It is not easy for Brad Pitt to disappear into a role. In fact, that has probably been his biggest criticism as an actor to date, but it happened in The Assassination of Jesse James by the Coward Robert Ford. Brad Pitt is abnormally equipped to play one of America’s first celebrities. Paparazzi have hounded the star for decades, and that weariness shines through in his performance as James. The moment occurs when the audience lays eyes on Jesse James for the first time. One expects to see Pitt’s baby blues, but only the haggard, sleep-deprived eyes of James appear. Considering how hard it is to stand out in this cast (Casey Affleck, Sam Rockwell, and Sam Shepard, among one of the best ensembles in recent memory), Pitt’s accomplishment is quite the feat.

Take Shelter (Jeff Nichols, 2011)
Curtis (Michael Shannon) is plagued by visions of storms destroying all that he holds dear, but with money running low, he has to choose between safety and amenities. Money that he and his wife don’t have is already committed to surgery for their hearing impaired daughter, Hannah. Left with no alternatives, he takes out predatory loans and endangers his job by borrowing work equipment to build a tornado shelter. Curtis’ mother developed schizophrenia at a similar age; Samantha (Jessica Chastain) is left to ask herself- is her husband losing his mind too? Mental illness or not, Curtis refuses to leave his family vulnerable to an apocalyptic scenario. Adding to Curtis’ distress is the fact that he can’t separate his dreams from reality. Take Shelter seamlessly blends the horrors of Curtis’ nightmares with the minutiae of work, signing lessons and Lions Club dinners.

The recession was running three years strong when Take Shelter came out, and a looming tornado became elegant shorthand for the financial insecurity felt by many middle-class Americans. A lot of films have recently tried to capture the existential panic of living on the edge during a recession, but none of them have succeeded quite as brilliantly as Jeff Nichols’ sophomore feature. Scenes, where Curtis and Samantha argue over their debts are as fraught with tension as a bank heist. Michael Shannon is endlessly type-casted as the wild-eyed crazy man in numerous parts (Revolutionary Road, Bug, and Man of Steel), but playing a lead in Take Shelter gave critics and fans alike a window into just how good of an actor Shannon is. Chastain also made a name for herself by taking the wife role so often ignored by other movies and infusing it with grace and potency. Rivaling both actors for presence is the score by David Winger. The music is reminiscent of wind chimes gently calling to a future storm; the mere hint of it sends shivers down my spine. It should come as no surprise that the film’s stunning conclusion did as well. 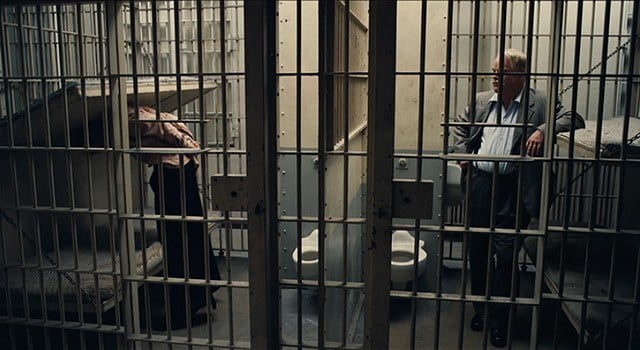 The Master (Paul Thomas Anderson, 2012)
Following the end of WWII, Freddie Quells (Joaquin Phoenix) is a veteran who finds himself without a place. Jobs come in an erratic order, and he finds himself out of them just as quickly. He looks as uneasy in the world physically as he is mentally. Perpetually hunched, Freddie makes everyone around him a little more uncomfortable. On the opposite end of that spectrum is Lancaster Dodd (Phillip Seymour Hoffman), the leader of The Cause, a group dedicated to finding the perfection in man. Why Dodd takes Freddie in is unknown, but he sees something in the feral cat of a man that no one else does. In the interest of science, Dodd must know what makes Freddie tick.

Is it an evolutionary leftover that plagues man to place such faith in alpha members of society? Anyone with a polished image and a confident message can become a prophet. Placing faith in the hands of these men is a dangerous game and one that rarely ends without displeasure. While ostensibly about Scientology, The Master only acknowledges L. Ron Hubbard as a reference. Nothing Paul Thomas Anderson and Phillip Seymour Hoffman offer is reverent to the actual man. Any examination of The Cause is only hinted at; further insight into the group isn’t offered.

One can characterize watching The Master as holding a match, watching the embers slowly burn their way down to the fingers, but you don’t care because you are entranced by the imagery. Joaquin Phoenix and Philip Seymour Hoffman embody the id and ego relationship with such gravitas and ferocity that their battling could go on for hours without audiences losing interest. Multiple viewings of Anderson’s film lead to more interpretations, but fewer answers. Given the career best work from the trio of Phoenix, Hoffman and Amy Adams, I’ll gladly keep trying to find them. 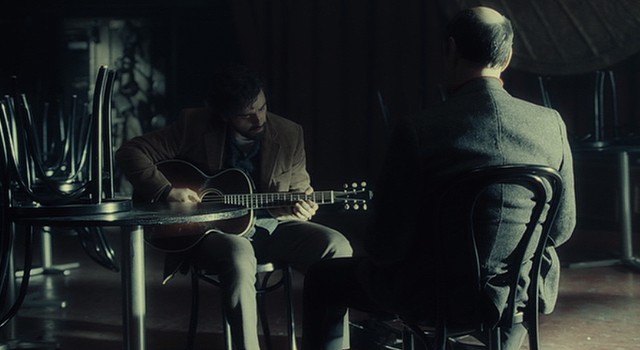 Inside Llewyn Davis (Joel and Ethan Coen, 2013)
Poking fun at regional subsets of America has always worked for Joel and Ethan Coen, but Inside Llewyn Davis reaches for more than belly laughs. The Coens’ lament on the state of life-long dreams is a haunting one. Not everyone in Greenwich Village with a guitar can be Bob Dylan. Llewyn lacks the marketable name, the shadow of mystery, and the air of cool those other counter-culture artists have. The only distinctive thing about him is the black cloud that trails him everywhere he goes.

Just wanting that lifestyle isn’t enough, and success comes with more than its fair share of good luck. Llewyn has the talent to make it far, but between fate and karma, nothing has manifested into a real career for him. Without explicitly saying anything, the Coens ask exactly how much control we possess in our lives. That theme is explored in another previous film (A Serious Man), although the link between misfortune and choices is clearer for Llewyn than it was with Larry Gopnik (Michael Stuhlbarg).

Llewyn (Oscar Isaac) is a prick, and most of the insurmountable obstacles in his way are of his own making. Still, there is a tenderness present as we watch Llewyn–guitar in tow–huddled against the unforgiving New York City winter. Oscar Isaac is given the unpleasant task of playing an unlikable man, yet the actor does more than is asked of him, eliciting sympathy from the audience even at his worst. Also excellent is cinematographer Bruno Delbonnel, who cloaks Llewyn’s surroundings in a grey/blue cloud that adds to the isolation onscreen. The Coens don’t offer any redemption for Llewyn, but Inside Llewyn Davis might be the most human work in the Coens’ oeuvre, and maybe their finest work as well. Considering the brothers’ body of work, that comes as high praise indeed. 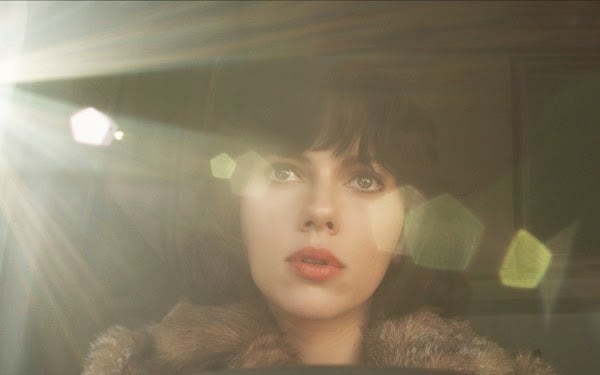 Under the Skin (Jonathan Glazer, 2014)
What helps Under the Skin transcend “mere curio” and into a very effective piece of sci-fi/horror is the nearly perfect technical composition that goes into the film. Malls, intersections, and nightclubs take on a surreal light where the promise of violence flickers behind the eyes of our unnamed visitor (Scarlett Johansson). Jonathan Glazer and Mica Levi take the banality of cruising around Scotland and juxtapose it by looking at it through alien eyes. Levi’s score sets audiences on edge throughout the runtime by stretching notes beyond the recognizable. Then Glazer pairs the music with deeply upsetting images to create a very effective piece of cerebral horror. A baby left abandoned on a rocky beach while the surf comes in is an image that stays with viewers long after the credits roll.

Scarlett Johansson excels in the unenviable task of portraying a woman completely new to the experiences Earth offers. Johansson utilizes little facial expression in her portrayal of a cold, unfeeling visitor to this planet, yet that doesn’t stop her from captivating audiences, who grimly approach each scene unaware of what will happen. However, once she abandons her harvesting behavior, the curiosity that she repressed before is a sight to behold. The laughs and fear that flash across her face surprise her as much as it does the audience. Still, many of the impenetrable aspects of living as a human escape her, and watching her cope with that is equally fascinating. With all of that said, perhaps, the most interesting aspect of Johansson’s performance is that she and Glazer are deconstructing how she is objectified in other films to effect here. It’s a very pointed jab at audience members who only watch Under the Skin for the film’s sexual aspects. Cerebral horror of this quality is rare, and something to be cherished.

It’s important to remember as the big show draws near that while it is fun to watch a night devoted entirely to movies, the awards don’t actually mean anything. Voting a film “the best” of any year is a fool’s errand at best; the Academy is merely confirming what they liked. The Academy gave rise to Oscar-bait by giving awards to movies synthesized for just that reason, so it shouldn’t come as a surprise when great films go ignored for the bait. Next time, just skip the Oscar telecast.