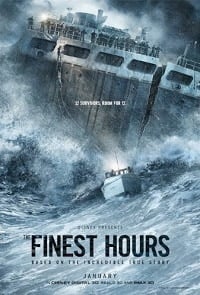 Buried somewhere deep within The Finest Hours is a rousing adventure waiting to get out. Unfortunately, this exciting true story of courage and honor is rendered in the most unexciting fashion possible. Director Craig Gillespie does an admirable job staging his oceanic rescue saga and he gets some nice performances from his actors, but the clunky script keeps this family-friendly film dry-docked in boredom.

Much like its main character, Bernie Webber (Chris Pine), The Finest Hours is slow, but sweet. Bernie is a socially-awkward Coast Guard pilot who always plays by the book. When he and his steady girl, Miriam (Holliday Grainger), plan to get married, Bernie sticks to the long-outdated “regulation” of asking his boss (Eric Bana) for permission. Hey, it’s 1952 and that’s what good guys do in 1952. And Bernie is a really, REALLY good guy.

Meanwhile, off the coast of Cape Cod, a blizzard is brewing. Two oil tankers are ripped in half, scrambling rescue personnel all along the East Coast. The crew aboard the Pendleton has the good fortune of a whip-smart engineer named Sybert (Casey Affleck), who quickly surmises that running their derelict ship aground will buy them some precious time. Bernie and his crackerjack crew race to their rescue in a boat the size of a bathtub toy that looks to be made of matchsticks. Even more troubling is Bernie’s suggested incompetence as a pilot. Put simply, the odds are long that anyone is coming back alive. 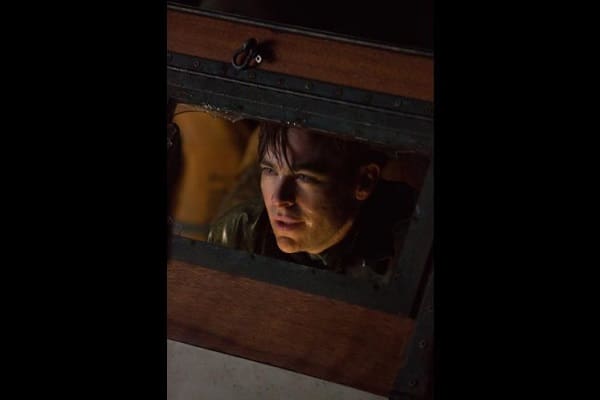 In case the peril isn’t completely clear, the filmmakers are kind enough to remind us of the odds every few minutes. We’re warned about the terrifying specter of “the bar” lurking just offshore, where the incoming tide crashes against hidden sandbars. “It’s a suicide mission!” a character solemnly pronounces as Bernie plunges headlong into the driving storm. A whole host of threats and consequences are levied against our battered heroes. Strange, then, how the entire affair feels so uneventful and devoid of tension.

There’s nothing particularly egregious about The Finest Hours, but it has no earthly idea how to produce any of the drama it promises. The script, based on the novel by Casey Sherman and Michael J. Tougias, is overly timid about its subject matter, perhaps trying to keep this salty tale from being too salty for the kids. These are the purest sailors you’ve ever heard, with nary a curse word or hint of bowlegged women. Your mother could kiss these sailors right on the mouth and still respect herself in the morning. This is a sanitized affair that scrubs every bit of tension right off the poop deck. 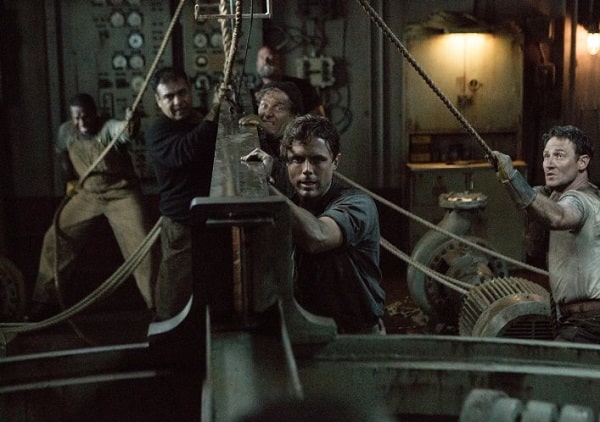 You can literally feel the strain of director Gillespie and his screenwriters, Silver, Tamasy, and Johnson, as they angle to keep their story accessible. This necessitates the indulgence of Miriam’s story which is, to put it diplomatically, bereft of entertainment value. She clamors around the Coast Guard base, demanding that her husband be ordered back to shore. When those demands are completely (and not surprisingly) ignored, she proceeds to drive her car into a snowbank, necessitating her rescue and delivery right back to the base. This all takes place, mind you, at the same time Bernie is navigating ‘the bar’ and Sybert is trying to save a tanker that has been ripped asunder. Each cut away to Miriam’s pointless story dissipates the ocean-bound drama. The timing and rhythm of these disruptive cutaways are so predictable, in fact, that it becomes unintentionally hilarious. Hardly the response the filmmakers were seeking for such a reverent story.

The action scenes, though familiar to anyone who’s seen a shipwreck movie, are capably shot, with a good mix of practical and special effects. You can almost feel the actors shivering in the cold water, which lends a measure of authenticity to an otherwise unconvincing production. Mostly, people just run around, screaming about what dire fate awaits them if such and such happens. Once you understand that such and such will never actually happen, the chaotic action becomes so much white noise. 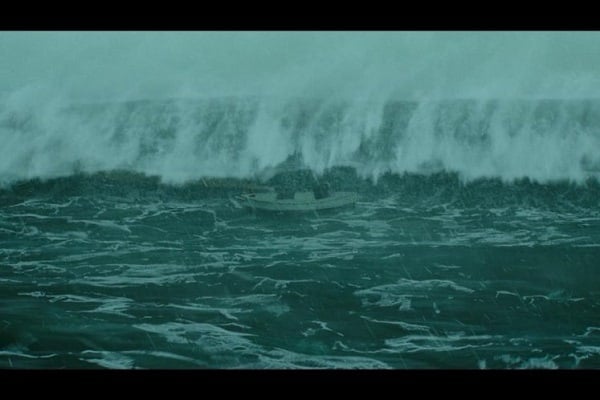 The performances are solid, particularly from Casey Affleck. No actor today gets more mileage from his eyes than Affleck, who can switch between consternation and determination with a single blink. Pine does alright, though his captain has a pronounced Gump quality that feels like a poor acting choice for this material. You never for a moment believe that Pine’s captain is capable of such inspired seamanship, which renders his accomplishment a combination of foolhardiness and blind luck.

The Finest Hours might be a safe introduction for younger viewers into the world of action dramas, but everyone else will be bored to tears. Its attempts to inspire are heavy-handed (and done no favors by Carter Burwell’s overbearing score), and its themes about love and devotion are clumsily shoehorned into the action. There are two stories battling for the soul of this movie, and neither one of them warrants salvation. Those interested in experiencing the exhilarating rescue of the Pendleton should, instead, check out Sherman and Tougias’ source novel. Otherwise, The Finest Hours is a lackluster dive into the shallow end of the pool.