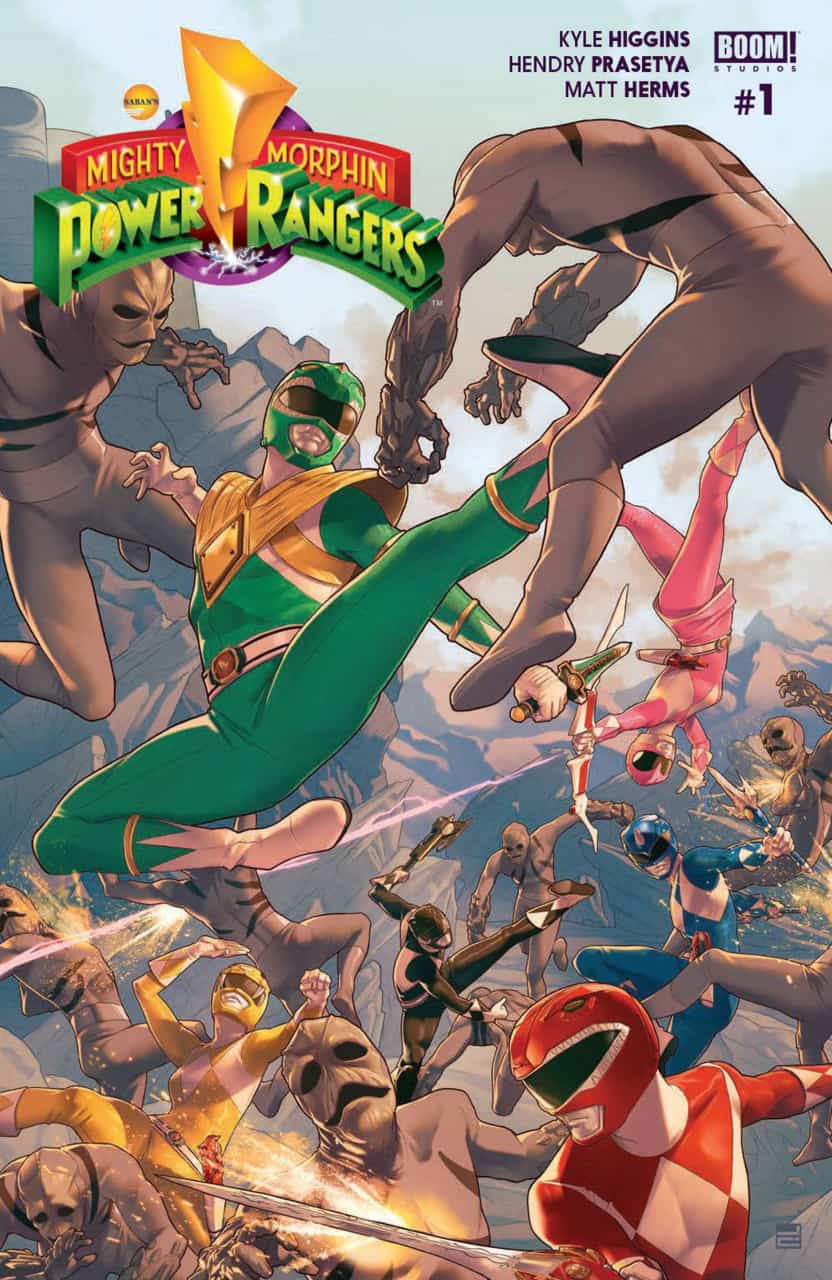 Nearly a year ago to the week the POWER/RANGERS UNAUTHORIZED bootleg by legendary fan film creator Adi Shankar debuted to universal praise. It offered a bold new direction for the beloved but stagnant series (most fans would be shocked to learn it even continued past Season Three of the show, continuing on the present day sans the Mighty Morphin’ moniker). Whereas Saban’s official adaptation of the various Super Sentai shows for western audiences has continued to aim at an elementary age demographic, Shankar’s short was a mature take, aimed at a fan base that has likewise matured in the intervening twenty-three years since the pilot first aired.

Though it lacks the Tarantino-esq profanity and violence of the bootleg, the Boom! Studios ongoing by Kyle Higgins and Hendry Prasetya is clearly aimed at the same crowd. Much as Bryan Singer’s Superman Returns was explicitly a sequel to only the first two films, ignoring and erasing the continuity of critically and commercially reviled later movies, Higgins’ series takes place directly after the most popular arc of show, Season One’s “Green with Evil,” but is forging new ground going forward. It is the sensible starting point; no twenty-or-thirtysomething in America forgets the Angel Grove five receiving their Power Coins or needs a reminder as to who Tommy Oliver is in relation to the original Rangers. Anything after that and the memories become murkier; something about Lord Zedd and a White Ranger?

Less sure of such, Higgins still felt the need to include an expository dialogue dump at the issue’s onset, with Bulk and Skull relating the above information to the viewers of their Rangers-centric podcast. It’s as clunky storytelling as the narrative device implies, but the remainder of the issue which follows is so phenomenal as to forgive this flawed first impression. Every member of the main cast is clearly defined in the span of a few short pages, conforming closely to the core of their characterization from the show. Jason’s inherent goodness lets him see the best in others. Trini is a translator for the brilliant but overly verbose Billy, who himself is more comfortable running diagnostics on extraterrestrial technology than talking in front of a camera. Zack is a bit of a cypher, but he had never displayed many defining traits other than being vaguely “hip” by early ‘90s standards.

Kimberly alone sees a significant alteration, her vanity downplayed in favor of flirtatiousness, particularly with the typically tormented Tommy. Yet true though it might be to his character, in an issue replete with a putty patrol apocalypse and a selenite sorceress, the moment most incredulous to the reader will easily be Tommy cancelling a coffee date with her. Giant mecha battling killer kaiju could conceivably occur. Standing up Amy Jo Johnson circa 1993? Far less likely.

Still, the scenes between the two are the standout of the issue, particularly in how Higgins and Prasetya translate not merely a small screen series to the printed page, but more importantly how they adapt the conventions of the super sentai genre to that of the superhero genre. “Collateral damage” was a phrase never uttered on Power Rangers; half of downtown Angel Grove was leveled several times weekly without a worry in the world for loss of life of property. Contra the comic, in which Tommy is seen interacting with civilians in the midst of a Kobayashi Maru-inspired sequence, later – despite the inevitability of his failure –  bearing the guilt of not saving the simulacra specifically because such could easily have happened to real individuals. In that way he is the Peter Parker to Jason’s Clark Kent – the later a paragon of optimism, the former driven by the burden of responsibility.

As of this moment, POWER/RANGERS UNAUTHORIZED has 17,539,292 views. Even counting for repeat viewings, such speaks to the many millions of Power Rangers fans thirsty for new content featuring such classic characters updated to appeal to more modern and mature sensibilities. Higgins and Prasetya’s new ongoing more than satisfies that thirst. While comics have never reached so large an audience, every fan of that fan film owes it to themselves to check out issue #1 of Mighty Morphin Power Rangers. For all their tonal differences, both are equally reverent translations of commercials for children into art for adults. And best of all, the comic is just getting started. Now is the time to jump aboard the series. Now… “It’s Morphin Time!”