Racist Caricatures in Transformers 2 under scrutiny:

A controversy has arisen since the blockbuster release “Transformers:  Revenge of the Fallen.”  It surrounds the portrayal of two of the robots, which some of deemed a racist caricature.  The robots are named “…Skids and Mudflap…” and “…both characters speak with voices that sound like urban black stereotypes, have big ears and buck teeth and proclaim that they ‘don’t do much readin’‘. Skids even has a gold tooth.”  Co-writer Alex Kurtzman claimed: “It’s really hard for us to sit here and try to justify it. I think that would be very foolish, and if someone wants to be offended by it, it’s their right. We were very surprised when we saw it, too, and it’s a choice that was made. If anything, it just shows you that we don’t control every aspect of the movie.”
This is part of a tradition of racial caricatures in animation or CGI films.  Early Disney cartoons are rife with terrible racial stereotypes.  The Star Wars prequels had Watto: the flying buzzard-like pawn shop character who was an obvious Jewish stereotype.  The worst offender in the prequels was the much reviled Jar-Jar Binks–who was another African-American stereotype.  I have not seen Transformers 2, and I am in no hurry to do so.  Personally, I think using ethnic steretypes is just a crutch used to cover bad writing.  I am sure that it is not going to hurt the bottom line–the huge gross, which is presently estimated at $125,946,000.  The target audience for this film does not tend to take time debating the ethical  ramifications of racial stereotyping among killer robots.

To find out more, check out: 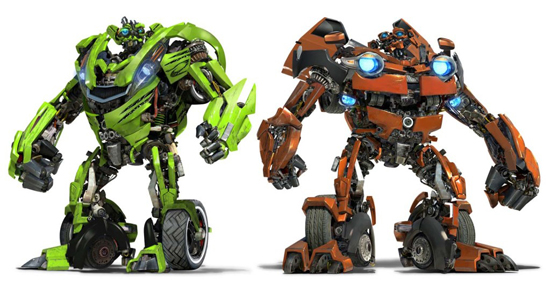 The world can soon expect an extended version of “The Watchmen.” “Warner Bros. has set a one-week theatrical release for Zack Snyder’s director’s cut of “Watchmen” on July 17 at four venues in Dallas, Los Angeles, Minneapolis and New York…Snyder’s cut contains 25 additional minutes of footage. He had indicated during the March premiere that a theatrical release of the longer version was under consideration.”  This is essentially just a publicity stunt to “promote the DVD and Blu-ray releases of “Watchmen: The Director’s Cut” and “300: The Complete Experience” on July 21.”  The only aspect of the story that I find particularly interesting is the inclusion of a new feature on the Blu-Ray entitled “BD Live.”  This feature will allow those people who have bought the “Watchmen” Blu-Ray to watch “the movie and discussion (hosted by director Snyder) at Comic-Con (on July 25th)  simultaneously.”  The potential for this technology in future film screenings is enormous.  Imagine watching the new Scorsese film preceded by a live Q and A?  Sounds pretty promising.
I’m sure that many people are wondering the same as I:  Why would such an attempt be necessary as the film was so bloated and overdone anyway?  With an extra 25 minutes, that brings the film’s running time to almost three hours.  Maybe if  the original cut was trimmed of much of its excess, there might be an artistic justification for a reinterpretation. Otherwise, this is just a cheap attempt by WB to make more money off a film with a lukewarm reception at the box office (only about 50 million dollars over and above production costs).

The new satirical film from Sacha Baron Cohen, centered around his alter-ego Bruno “hastily cut a scene featuring the singer’s(the late Michael Jackson) sister LaToya prior to the premiere at Mann’s Chinese Theater. (The timing was so short notice that the cut was made in the projection booth.)”  According to UK’s “The Sun,” the scene included “Bruno destroy(ing) LaToya by joking about Michael while they both eat sushi off a naked Mexican immigrant.”
There is no question that keeping the scene in would have crossed the line between irreverence and just plain meanness.  Just surfing the net in the wake of MJ’s death, I could not believe the vitriol that came from some people commenting on him.  The last thing that Cohen and the top level studio people want would be the negative publicity that the perceived insensitivity leaving that scene in would cause, especially when Jackson hasn’t even been buried yet. There is already one Bruno lawsuit, they probably want to curtail the bad press onslaught of a series lawsuits that a popular and controversial comedian like Cohen may attract.

The removal was a good publicity move as well, seeing as all things Jackson-related are capturing the media and public’s attention in a ferocious way, they have garnered plenty of free prerelease media by excising the scene.  Should they keep it in for the wide release?  What do you think???  And by the way, even though Im the billionth person to say it, rest in peace, Michael.