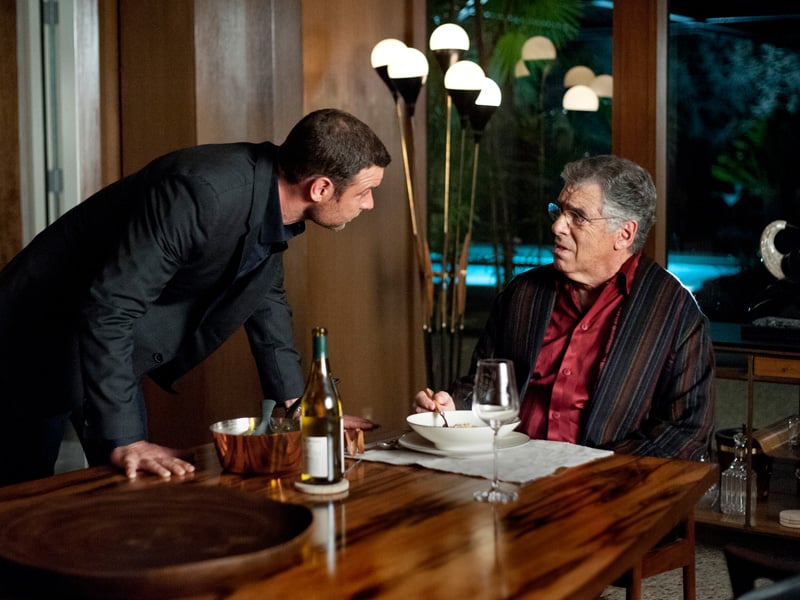 This week’s Ray Donovan is dark, dismal and ultimately useless. For the past four episodes, the show has been two completely separate entities, but as the season creeps towards its eventual conclusion (we’re one episode from the halfway point) those two entities will be escalating in vastly different ways. Ray Donovan‘s thriller angle needs to push its pieces in place to set up big reveals, plot twists and dramatic payoffs. Its comedic side needs none of this. Comedies can (and often do) establish season-long arcs, but rarely do they need the kinds of intricacies inherent in a crime story.

“The Golem” is an episode that shoves the laughs bluntly out of the way to advance the story forward. In doing so, it makes it painfully clear just how trite Ray Donovan‘s dramatic aspects really are, and how desperately the show needs a lighter touch.

Every sequence the episode puts forward just seems cribbed from a smarter show. Ezra’s hallucinations bring to mind the unexplained absurdities of The Sopranos (although by painting Ezra as a one-note, overwrought sad sack, it cheapens these touches by plainly stating that they’re not real; rather, they’re a product of his brain tumor). Ashley forcing herself into the role of a sex slave, trapped in Ray’s apartment in the city was done much more intelligently on the most recent season of Mad Men. Abby’s slow implosion as the housewife stuck in a loveless marriage evokes Skyler White, as does the use of black humor alongside an identical shot from the inside of an MRI machine. A villainous character gets called a Golem by an angry Jew? Sopranos. A son emulates his criminal father while a daughter dates the exact boy she knows he’ll hate? Sopranos again. These elements struggle to make any kind of connection or to hold the attention for the briefest of moments, because we’ve all seen them before and seen them executed on a much higher level. They turn “The Golem” into a long slow slog.

Usually, Ray Donovan‘s jocular side can carry the episode, but not this week. All of “The Golem’s” attention is spent sliding the story forward, reducing the show’s other half to a few brief morsels. Bunche’s new bike is probably the best this episode has to offer. Seeing him gain respect from someone much younger (realistically, the actual target age for a bike like that), buying a terribly beaten-down house with only the slightest of nudges, and then partying it up with Mickey break up the dourness and keep “The Golem” from being a total write-off. Watching characters trudge through endless misery doesn’t make them likable. Seeing them demonstrate genuine humanity and do likeable things usually works far better. 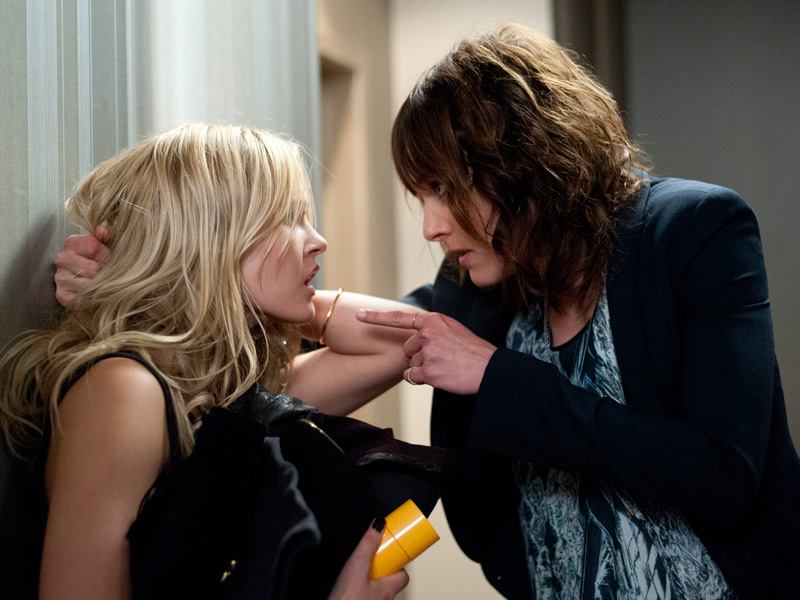 So when Terry wanders in from the outside world, it’s like he’s stepped in from an entirely different universe. Terry is the show’s latest victim, falling prey to Ray Donovan‘s dreary depression and its sad predictability. The second we see Frances walking towards a suburban home, it’s obvious that Terry’s been the other man. All the charm and the joy of their relationship was for nothing; an exercise in establishing two genuinely likable characters before casting them down into the muck.

Lena, at least, gets something to do after skimming the surface for so long. Katharine Moennig has always seemed like a well of charisma that’s been continually underused. A short scene with Ashley and she finally gets to show something off.

A show like Ray Donovan should have some kind of deeper meaning. There should be some discussion of good and evil within its episodes. Instead, it continues to go through the motions; nothing more.