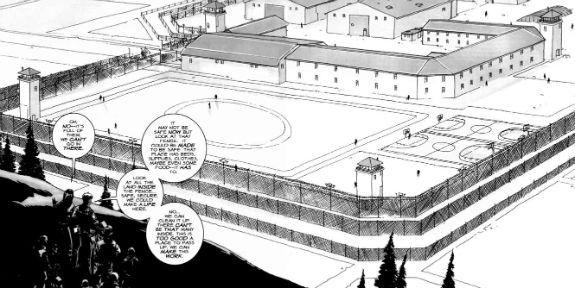 We were such fans of the first season of The Walking Dead, that we dedicated an entire podcast to the television show, and have since been impatiently awaiting the second season. Recently the creator of the comic book (the show is based on), and one of its producers, Robert Kirkman, spoke to EW about what to expect from season two saying, “I know [Frank Darabont] has said we’re going to see Hershel’s farm. We’re looking to take some picturesque rural landscapes and playing with that and coming up with some cool zombie visuals. We’ll see some of the locations of the first season, but we’re going to mainly focus on breaking new ground. Oh, and we’re going to feature a lava planet”.

The news doesn’t really come as a surprise. The first season featured numerous set pieces throughout its lengthy comic book run, but the one that was likeliest to appear next was Hershel’s farm. We’re at the right moment in the story to visit the bitter old farmer and his religious family, and Frank Darabont had already made it known that he planned to explore that portion of the story at some point in the near future.

Officially, AMC has not released any information regarding the second season premiere of The Walking Dead and won’t for a while but the plan seems to air season two in October 2011.